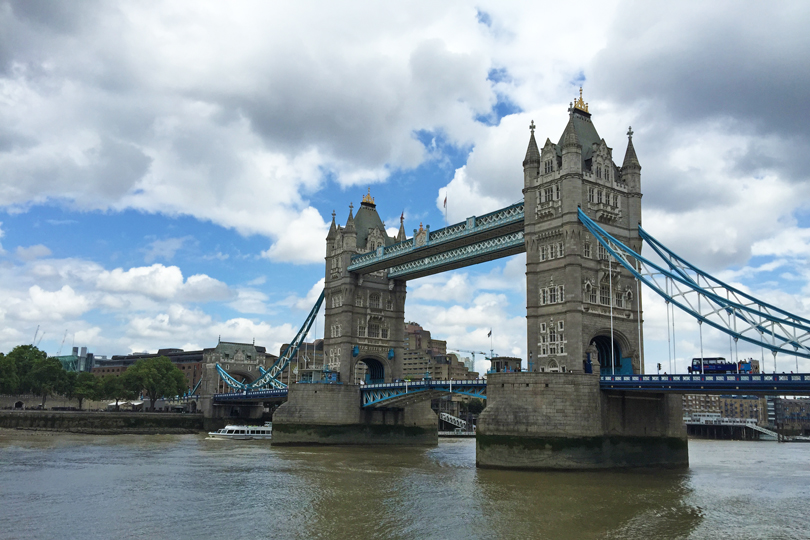 Thanks to Friends, I’ll always think of “London Baby” whenever the city crosses my mind. And that’s not a bad thing because I love London and I love Friends :). If you have no idea what I’m talking about, watch the clip below.

Julie and I seriously considered “going into the map” in order to figure out our way around. But since we didn’t have one of those pop-up maps that Joey used (sadly), we settled for Google.

Leaving York, we made it to the city by early afternoon and then embarked on the long, multi-connection journey to our hotel in East London. For this trip, we tried to save as much money as we possibly could on travel expenses (airlines, hotels) so that we could spend the rest on the actual city and of course, food. This proved to be both a blessing and a curse throughout our trip, with London being the biggest example (comfort & convenience vs. cost).

Going into the trip, I knew that London would be the biggest challenge in terms of getting around, since the hotel was the least centrally located of any that I had picked. Ultimately, with big cities like London, it’s ideal to stay somewhere central so that you can easily make your way around and pop back to your hotel whenever necessary. In an effort to save money, (major hotels in London are easily $200.00+ per night) I selected the Aloft London Excel. I booked the hotel with 40,000 Star Points through the Starwood Preferred Guest program. That netted us five free nights at the hotel (4 nights at 10,000 points per night, the 5th night is free) and saved us easily $1000.00 (pretty good!!). How we earned the points: Julie and I each signed up for the Starwood Preferred Guest credit card. My bonus was 30,000 points (once a year, the bonus is increased by 5,000 points) and Julie’s was 25,000. We hit the minimum spend, $5,000 in 6 months (the card is now $3,000 in 3 months) on each card over about a six month period. We used the points for five nights in London and three nights at the Westin in Dublin (more on that later). 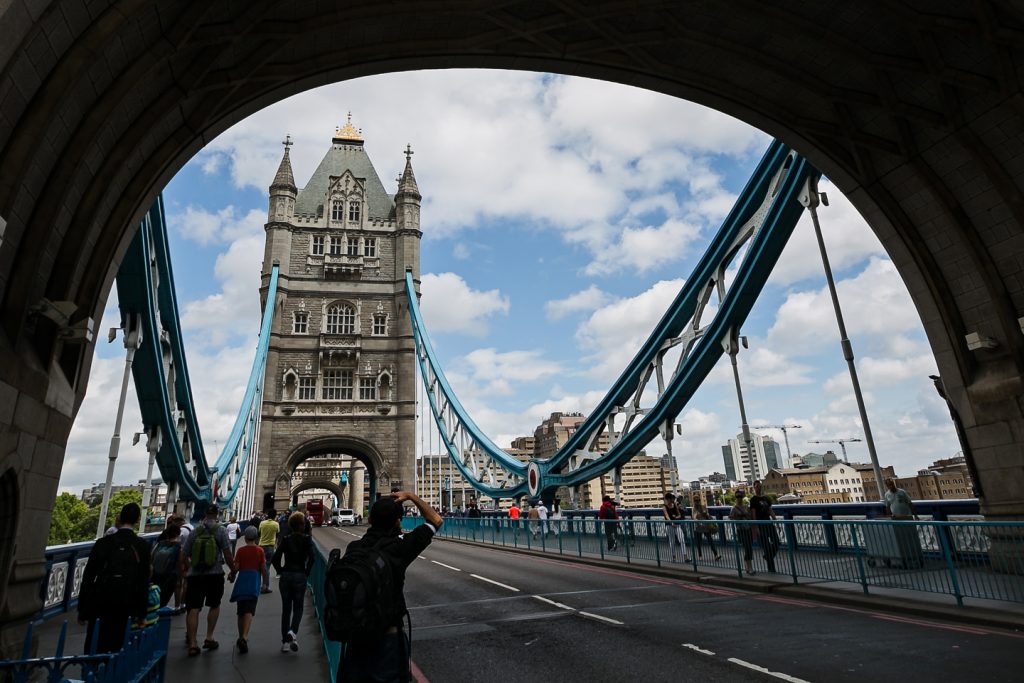 The hotel itself was perfectly fine, though the food we ordered on multiple occasions was poor at best ($20.00 for microwaved pizza? pass!). We just kept reminding ourselves that we were saving a ton of money. The main drawback was the 45 minute commute to get into Central London, this was even longer if we needed to get to the West London (for trains to Windsor Castle and Harry Potter Studios). But for the price, it wasn’t a bad deal. I would choose something more central next time, perhaps with a smaller hotel. I appreciated the extra bonus points we received for declining housekeeping service each day, and the runner who brought us items we needed was very prompt and friendly. Tip: You can decline housekeeping with Starwood and earn 500 points per day. The hotel will of course, still provide you with anything you require. For us that was a lot of bottled water and towels. 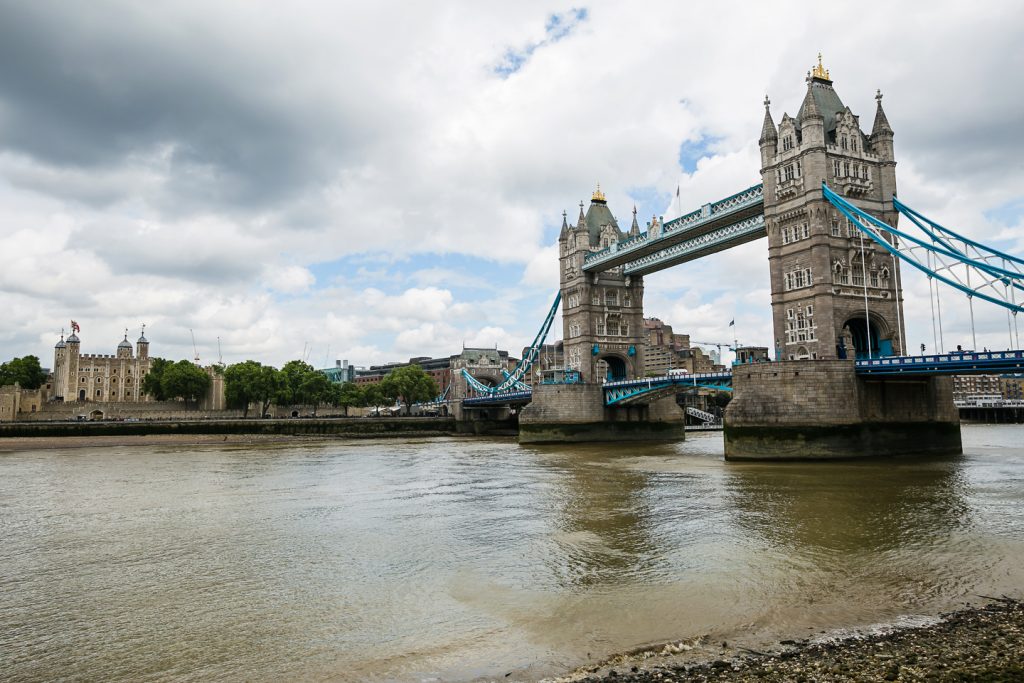 After dropping our stuff at the hotel, we headed back out for a quick bite to eat nearby. Most of the close (ish) options to the hotel were pubs in the Canary Wharf district. On a whim, we opted for some Mexican food that one pub was offering as a special that day. Even if we didn’t live in California where Mexican food is prevalent, the food served was pretty lousy. So we headed back to the hotel and tried a pizza from the bar (a safe choice, we thought) however it was clearly a microwaved mess. (How do you screw up pizza?!?) Following an unsatisfying dinner, we decided to call it a night and retreated back to our room.

The next morning, we made our way out into the heart of London to explore a bit before our train out to the Harry Potter Studio Tour. 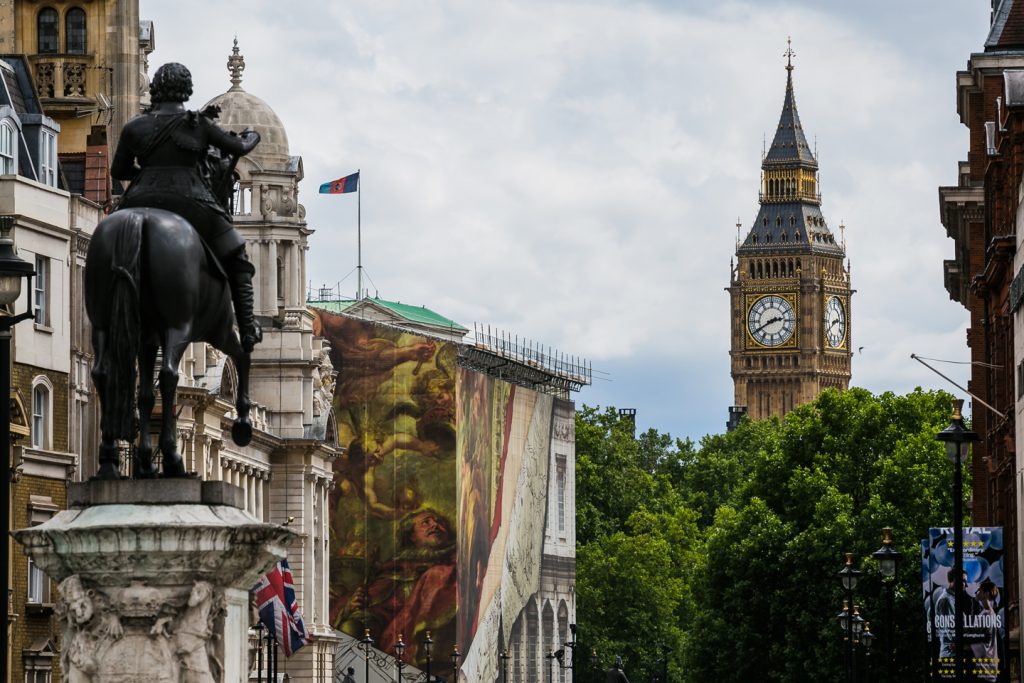 Originally, we had planned to do a number of the touristy things while in London, including the Tower, Westminster Abbey, and others, but decided the cost and time spent, were best used elsewhere. I think if it had been the offseason, with less crowds, I would have been more inclined to do some of those things. But as it was the middle of summer, the city was absolutely PACKED! 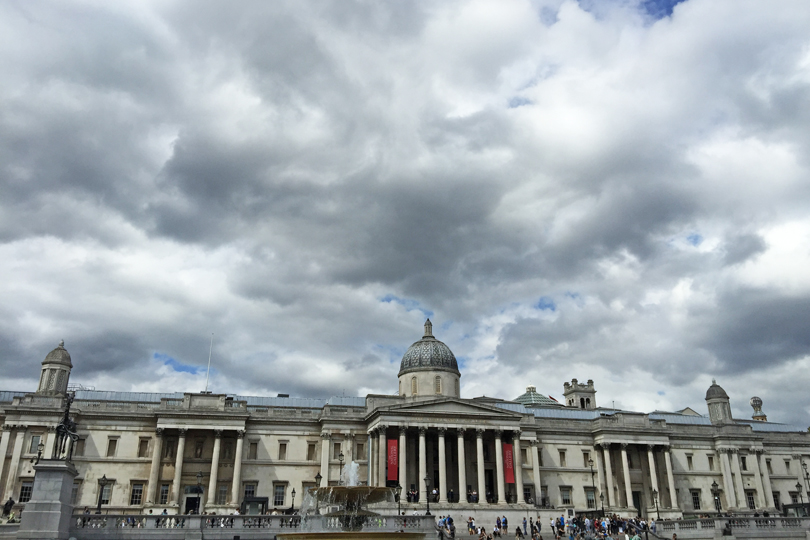 We walked along the River Thames for a while before our stomachs urged us to make a quick stop for lunch in Covent Garden. 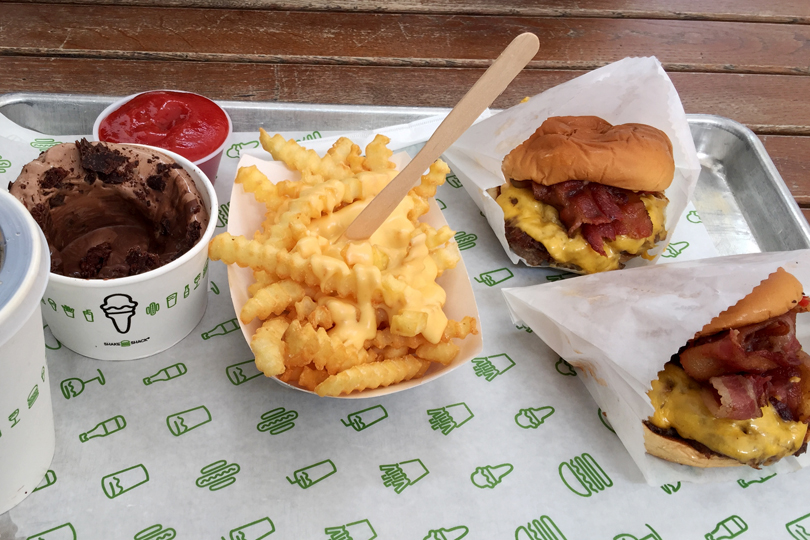 After lunch, we continued making our way west where we would be meeting our train later in the afternoon. We had a nice day walking the streets of London, slowly working our way over to the train that would take us to the Warner Bros Studio Tour. Our excitement grew as we boarded our train and headed towards our evening with Harry Potter 😀 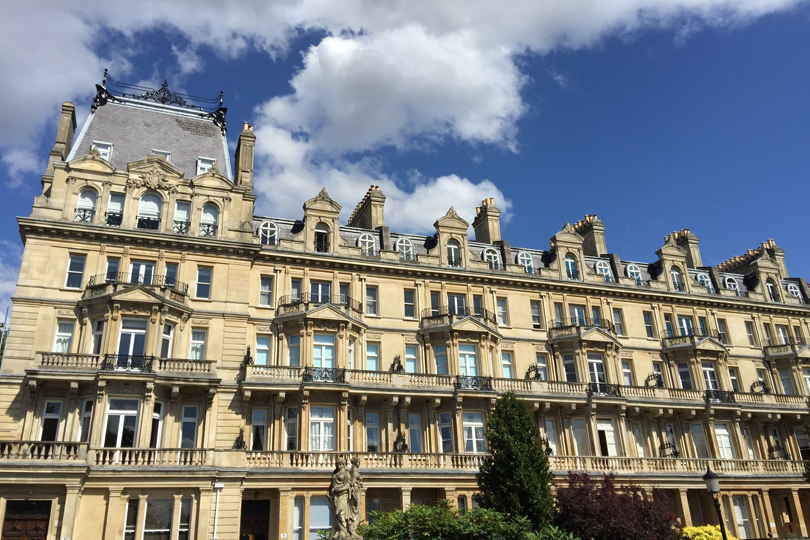