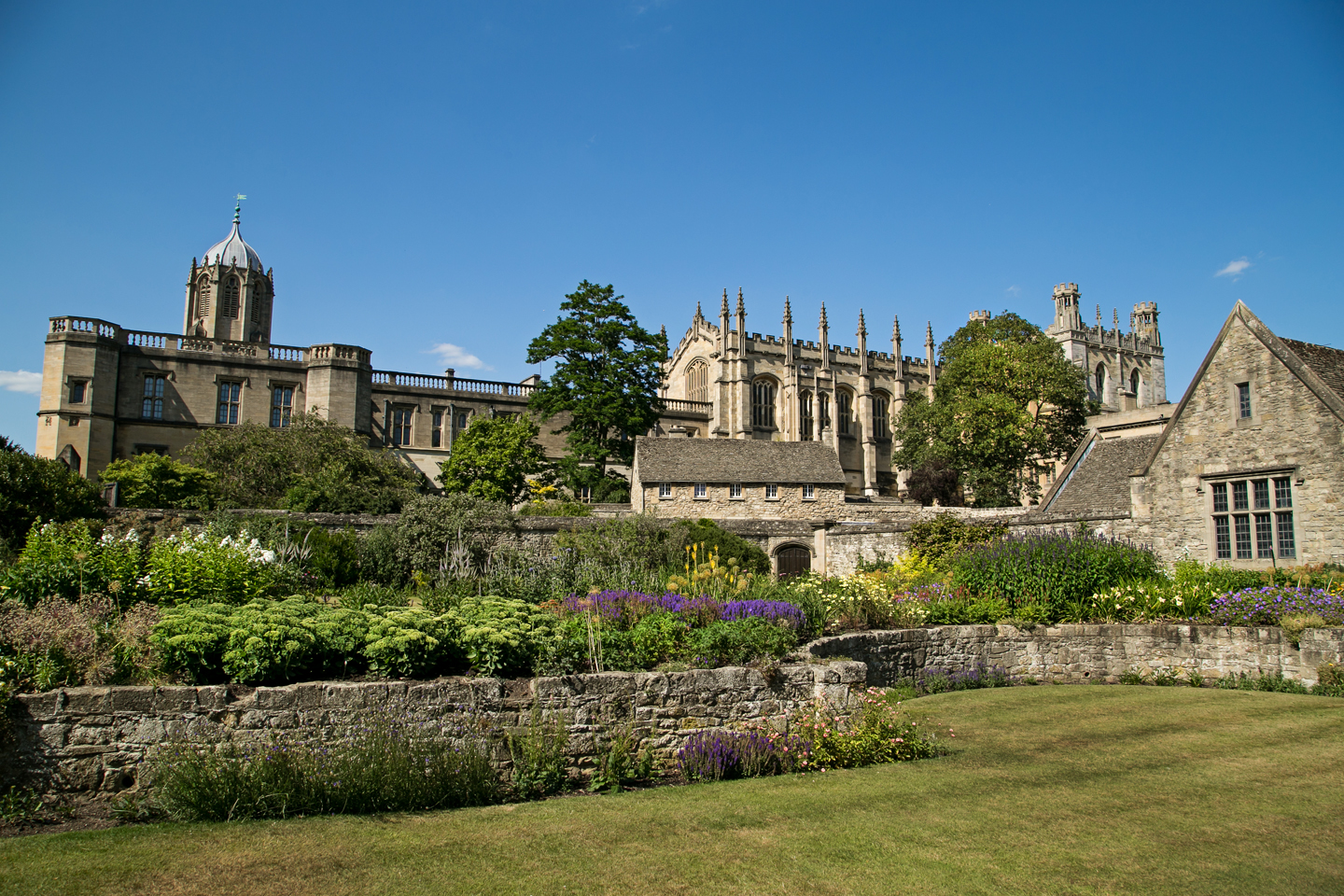 Six years ago, I studied abroad for ten weeks in Oxford and it was one of the best experiences of my life. During that time, I fell in love with the city, the country, and travel. I learned a lot about myself on that trip and couldn’t wait for the opportunity to return and to visit the family who hosted me. 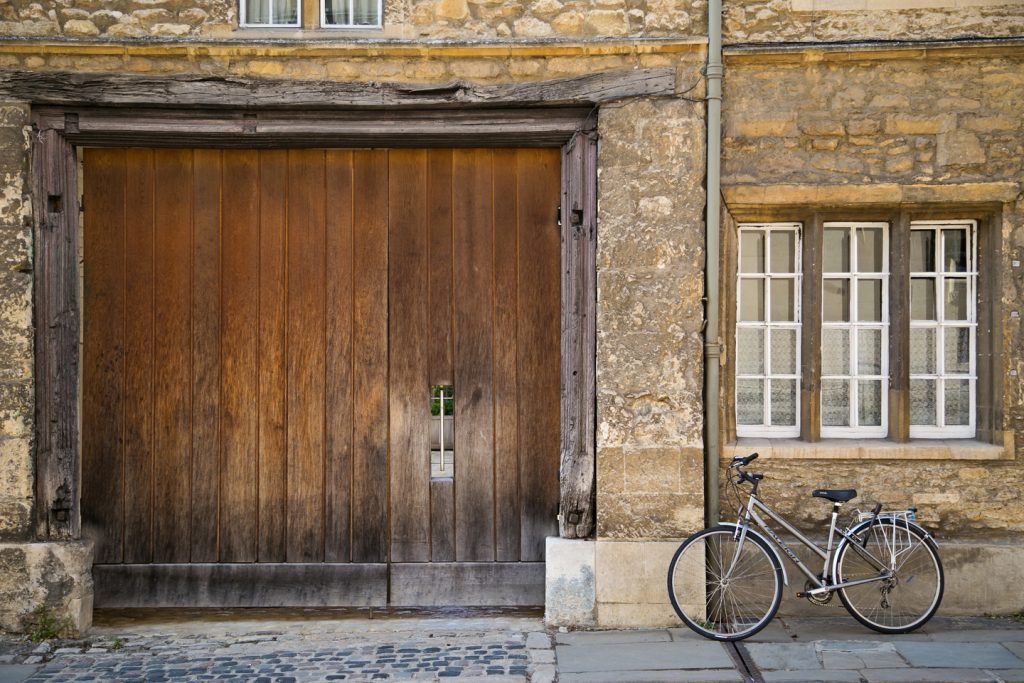 Julie and I had originally planned to head down to Oxford on either Wednesday or Thursday depending on how things were going. However, with the impending tube strike in London, we had hoped to change that visit to Friday, thus avoiding any of chaos and adding in another day trip to Dover in the process. Unfortunately, my homestay family had plans on Friday and weren’t going to be around, so we needed to stick with Thursday. 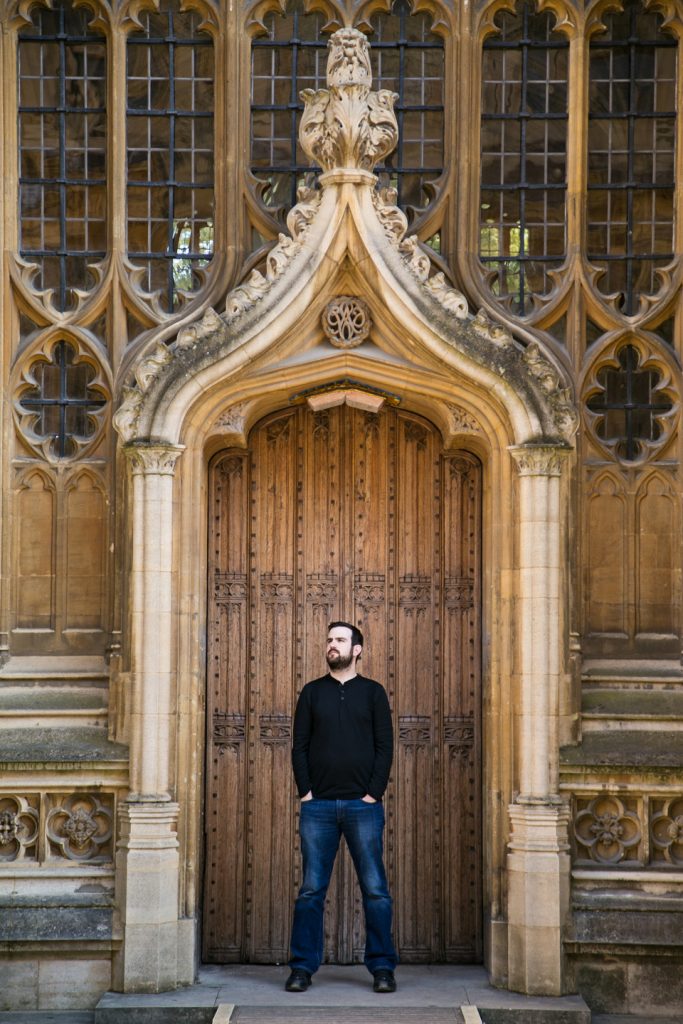 We left our hotel in the late morning and made our way, very slowly, to the Victoria Coach Station. With slow moving traffic thanks to the tube strike, we ended up getting on our coach bus at close to 2:00 p.m. We were furthered slowed by an accident on the highway and didn’t arrive in Oxford until 4:00 p.m. 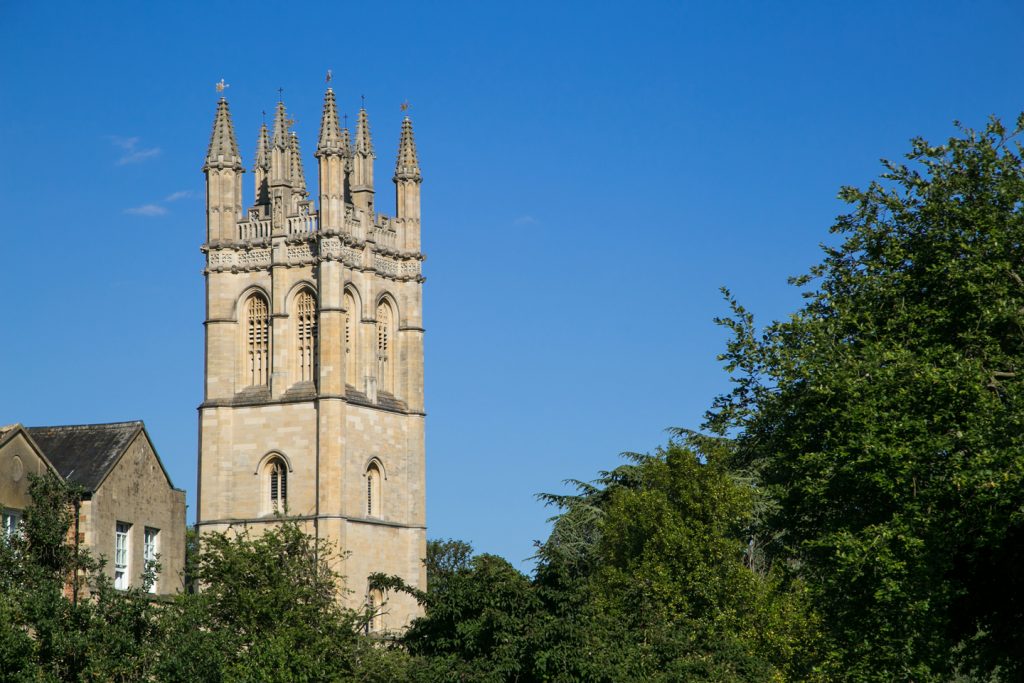 Once we had made our way to the city center, the race was on to see as much as possible before dark. After a quick cookie break at an old favorite, Ben’s Cookies, we made our way over to Oxford Castle. Built in 1071 by Robert d’Oilly who fought alongside William the Conquerer during the Norman Conquest. 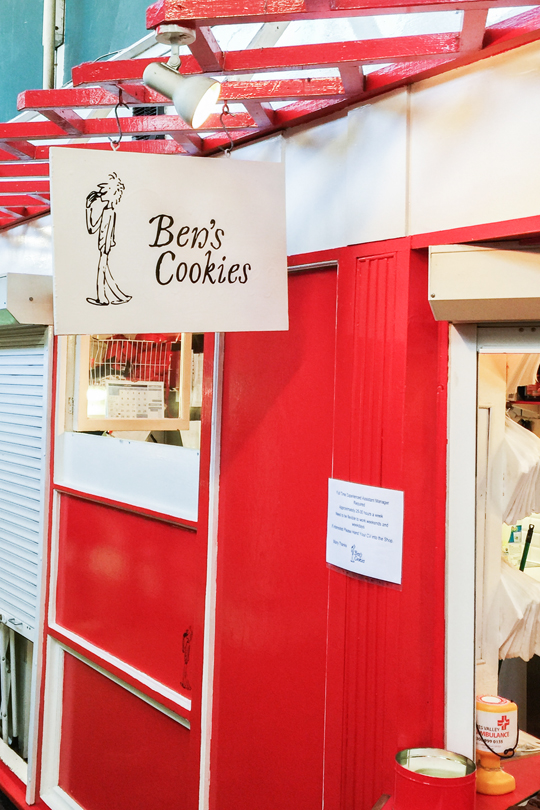 Following a brief visit to the castle, we continued a short walking tour of the city. The Radcliffe Camera is a particularly notable landmark with its distinctive round structure. Originally used as an independent library, today it serves as a reading room for University of Oxford students. Makes me want to go back to school! 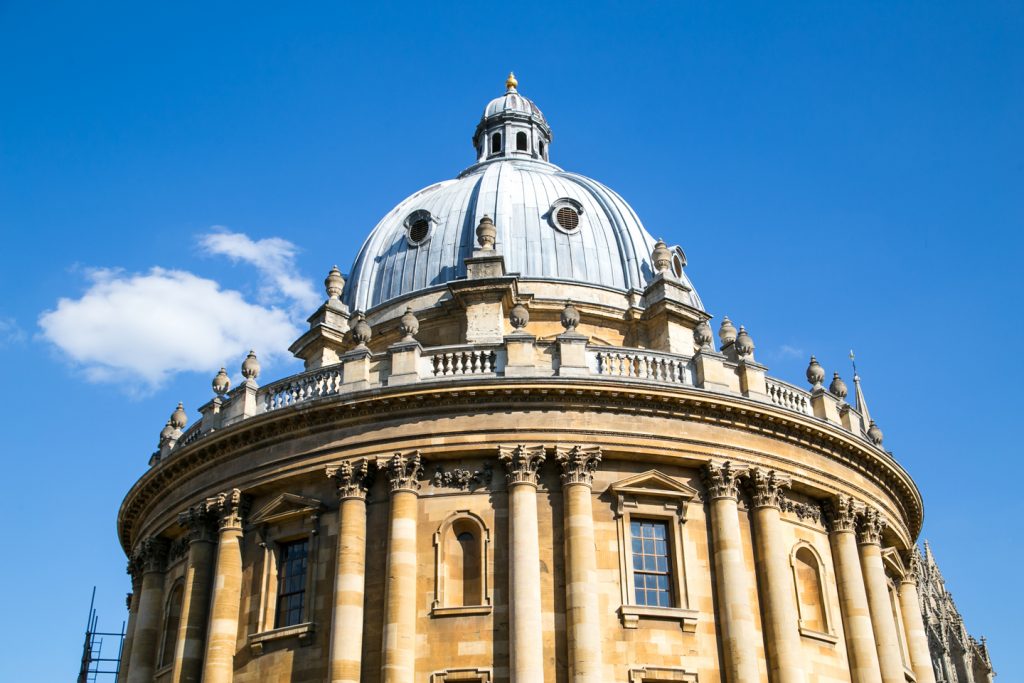 As the day grew later, we began to make our way out of the city center. Many of the colleges either close early or are closed to visitors, so we weren’t able to tour them as we had hoped due to our late arrival. Before hopping on a city bus to visit with my homestay family, we peeked in on punting that takes place at Magdalen Bridge. Another activity for our next visit to Oxford. 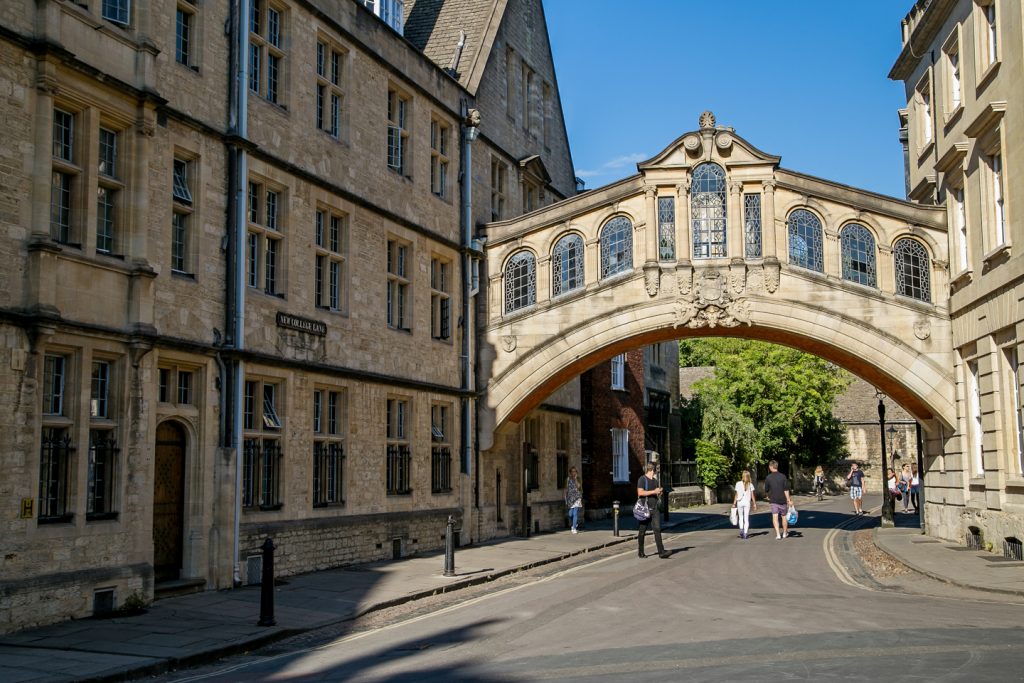 By 6:30 p.m., we found ourselves back in the home that was so familiar to me that it felt like just yesterday I had been living there. We chatted, ate dinner, played with two adorable chocolate labs, and Julie even learned a bit about snooker (mostly that it’s way tougher than pool!). What I loved was how easily I reconnected with the family and how welcome they made us feel. They were a huge reason why I was so comfortable during my stay there all those years ago and it was nice to see that nothing had really changed, except that we all got a little older! 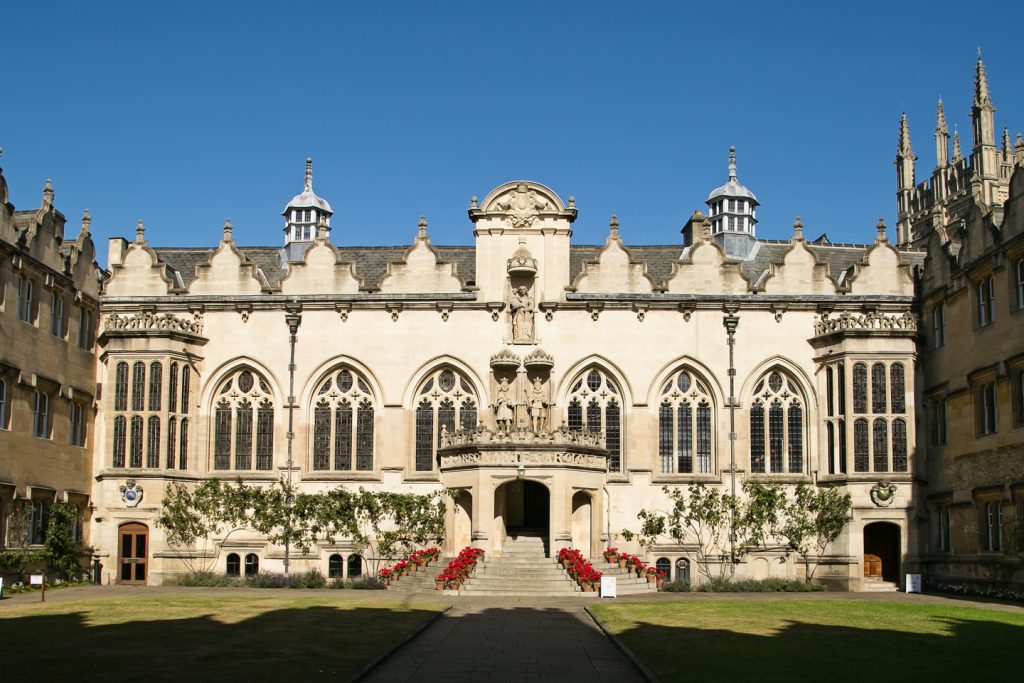 At close to 11:00 p.m., Julie and I decided we should make our way back to our hotel in London. In hindsight, we definitely should have taken up the offer to stay the night and head back in the morning. After nearly two hours on the coach bus, we got off at the wrong stop for a light rail train that was already closed for the night and had to take another bus back to the hotel. We didn’t make it back until somewhere close to 3:00 a.m. and were beyond exhausted. Still, it was a great day going back to my old stomping grounds and visiting with the family that made me feel like a part of theirs. I promised I would be back again, and this time, it won’t be six years!