A Day Trip to Bruges | Belgium 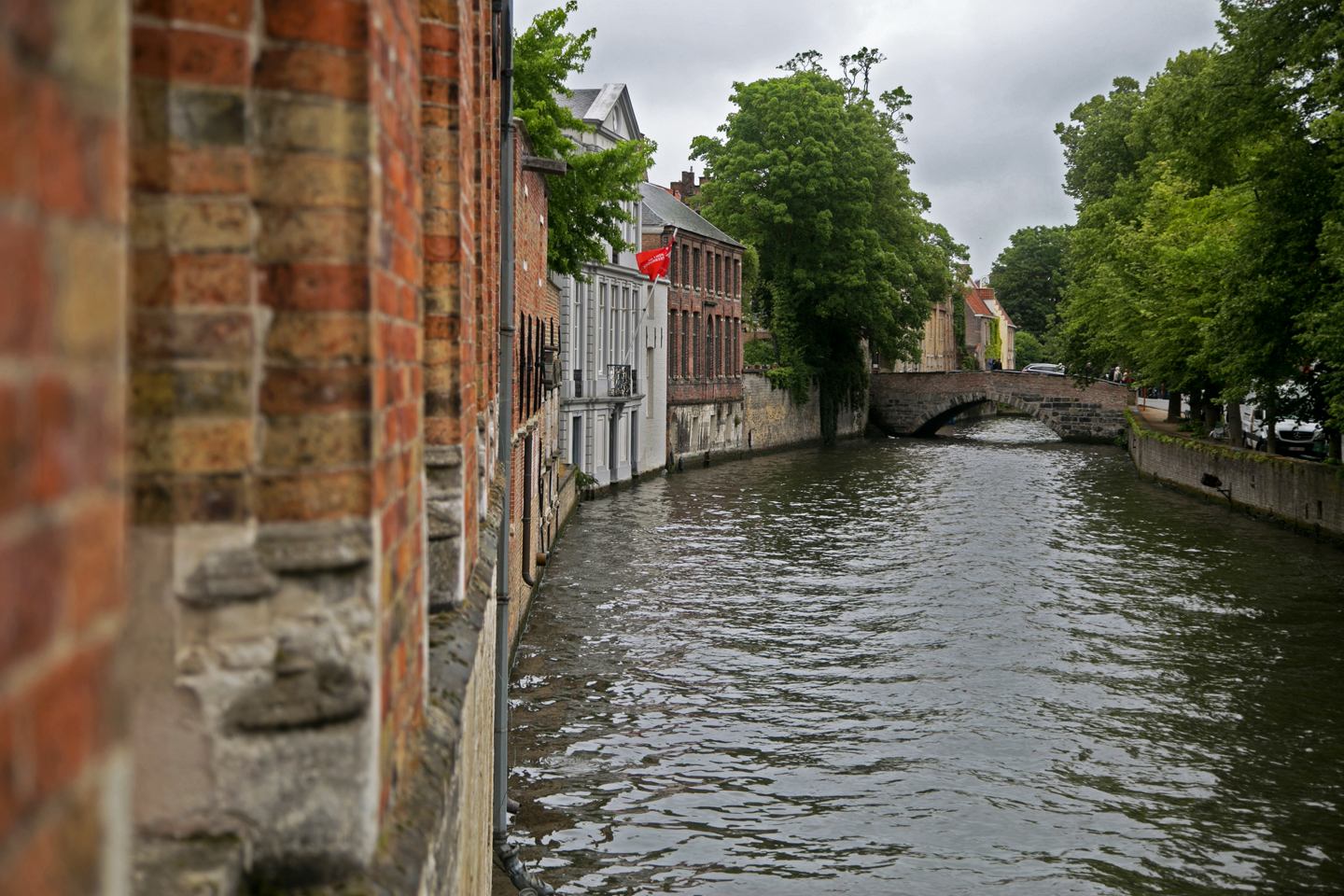 One of my favorite things about Europe is the ease and efficiency of travel within countries, particularly public transportation. When I was studying abroad in Oxford, I knew there were three busses that consistently went into the City Center and that if I missed one, the next bus would not be far behind. Train travel in Europe is also something that I really enjoy as there are so many different places you can visit. Though at times the trains can be pricey, especially if you normally have access to a car (like we do at home), it’s always nice to be able to relax and and enjoy the scenery outside your window. So, when I decided to add Belgium to our agenda, it was with the idea in mind that we would take a day trip to either Bruges or Ghent. Both cities are easily accessible by train, so it was simply a matter of picking which one we wanted to visit. After careful consideration, we settled on Bruges. 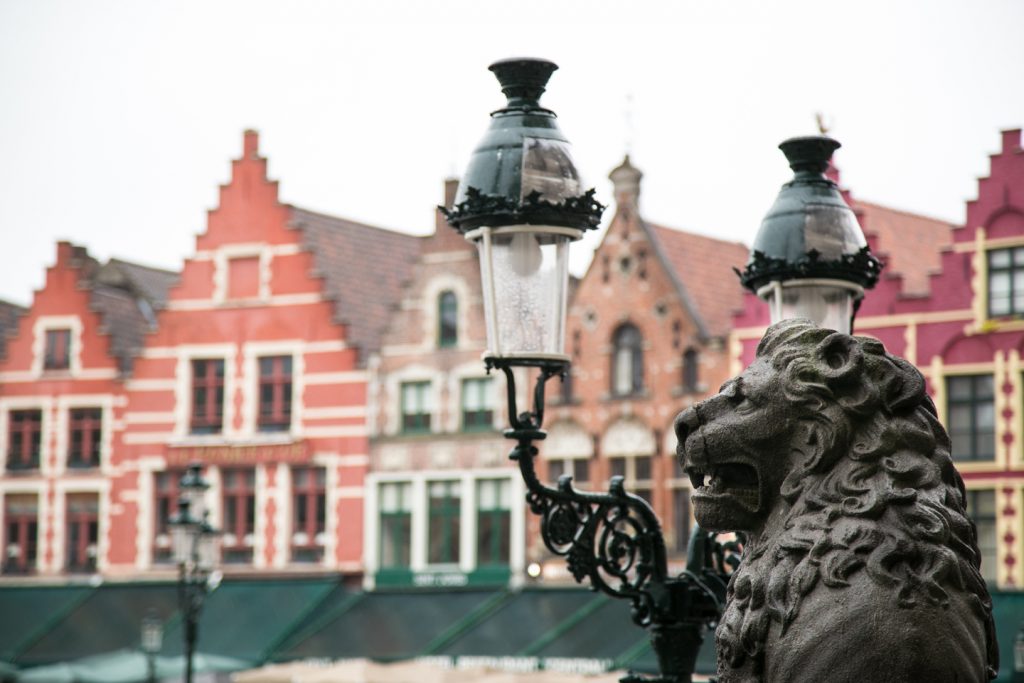 Bruges is popularly known as being a well preserved, medieval town. Similar to Amsterdam, the city lies on a series of canals making it incredibly scenic and a popular destination. In 2000, the historic city center became a UNESCO World Heritage Site. 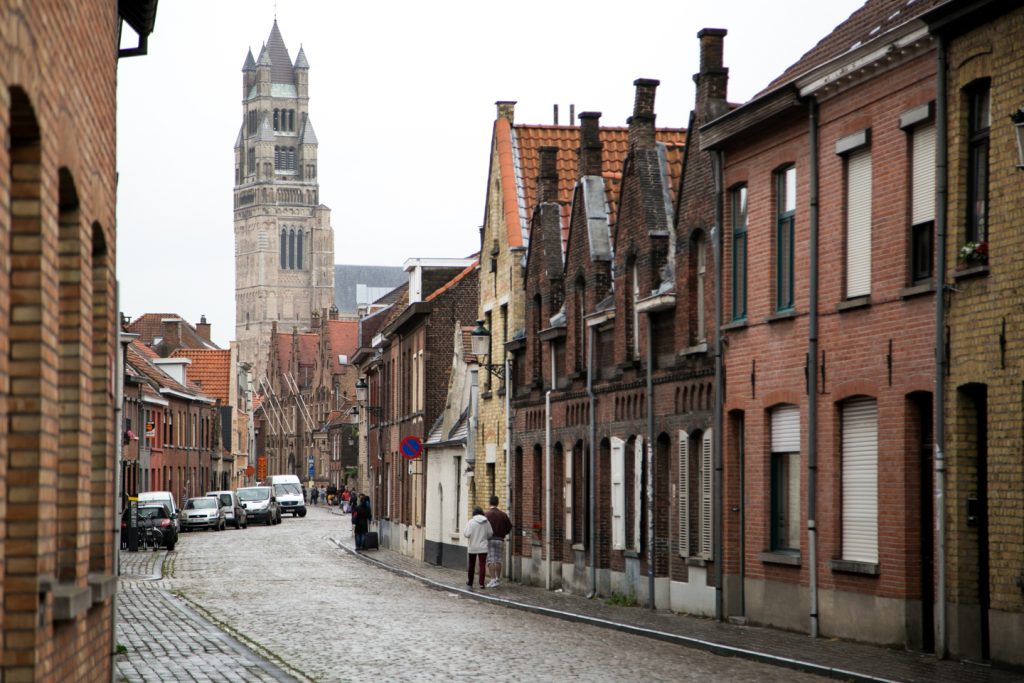 With a flight to Dublin that same evening, it was important to get an early train out to Bruges so that we could spend as much time in the city as possible. Making the short, ten minute walk from our hotel to the train station, we purchased our tickets and made our way to the platform. This time around, we were easily able to locate our train to Bruges and were quickly on our way. The trip itself, is just over an hour, and stops in Ghent before making it’s final stop in Bruges. If we had more time, it would have been fun to stop in Ghent too (next time!). Stepping off the train, we made our way into the city center to explore. 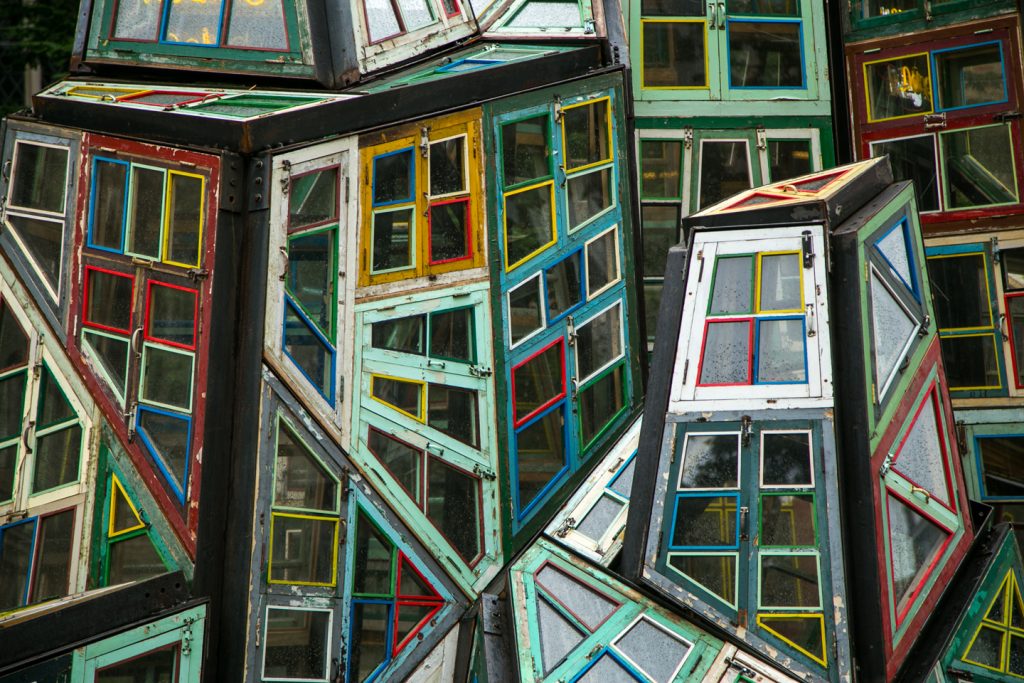 Throughout our trip, we were fortunate to have clear skies and sunshine. While we had hoped that a trip to the British Isles and Belgium would instead provide us with some much needed clouds, rain, and cooler weather, this was rarely the case. However, within minutes of arriving in Bruges, a light rain began to fall. Hoping it would soon pass, we ducked under the overhang of a nearby building. On this day however, rain proved to be our enemy. Consistent rain made it difficult to see very much of the city, and despite having rain jackets, we were still getting wet. 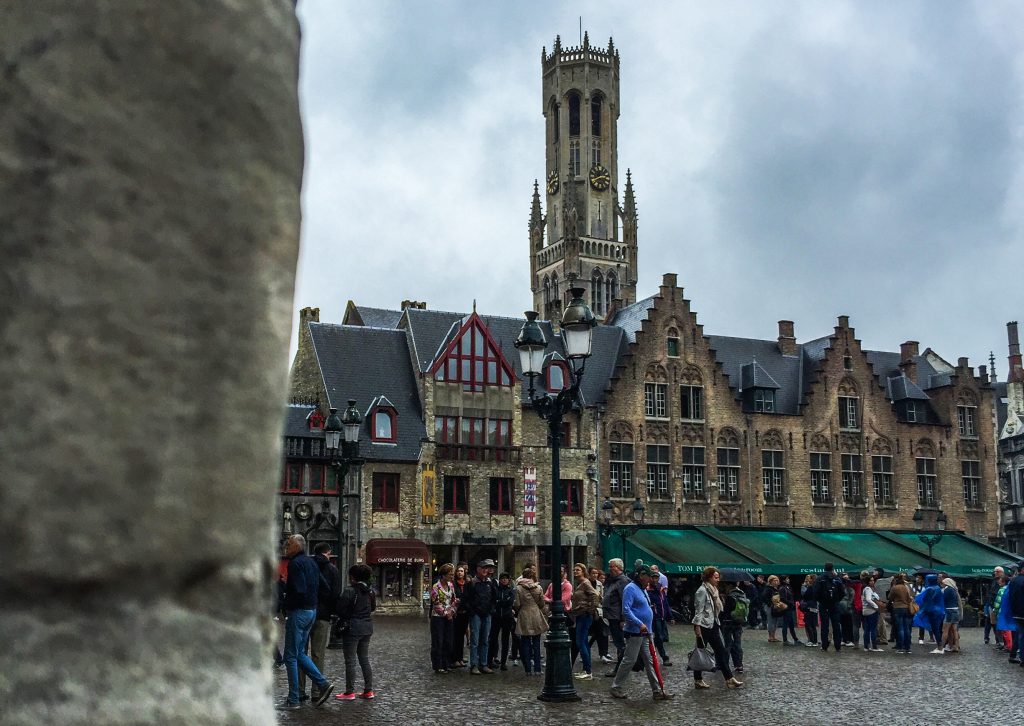 We spent the rest of our time in Bruges trying to explore the city and avoid getting soaked which included stopping in for some beer and cheese at the Bruges Beer Museum. 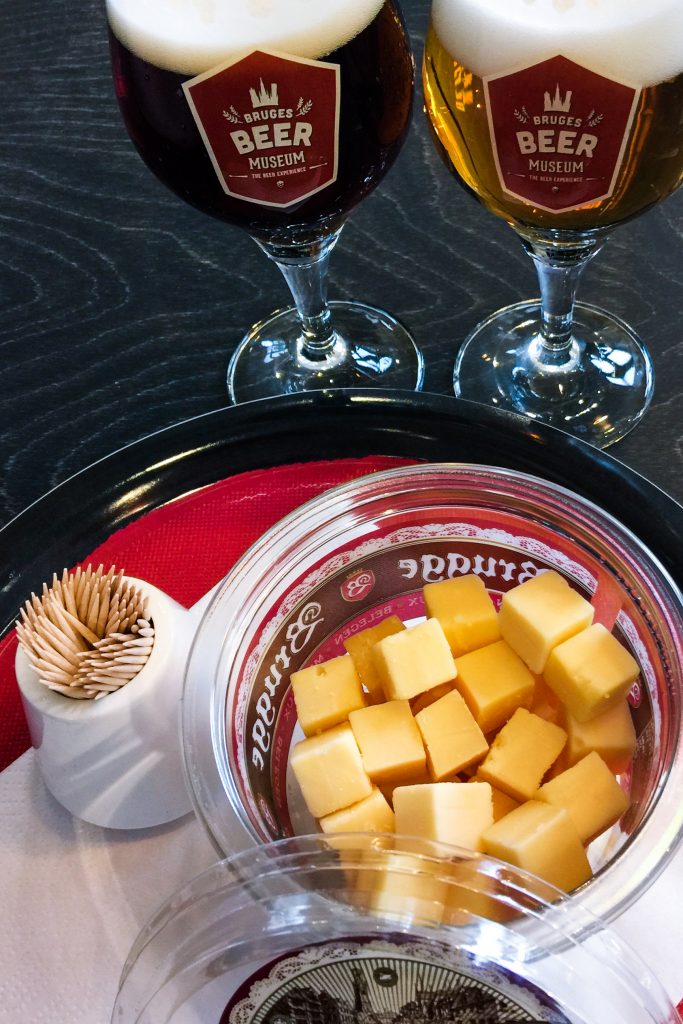 And then wandering around the canals trying to absorb as much of the city as we could. 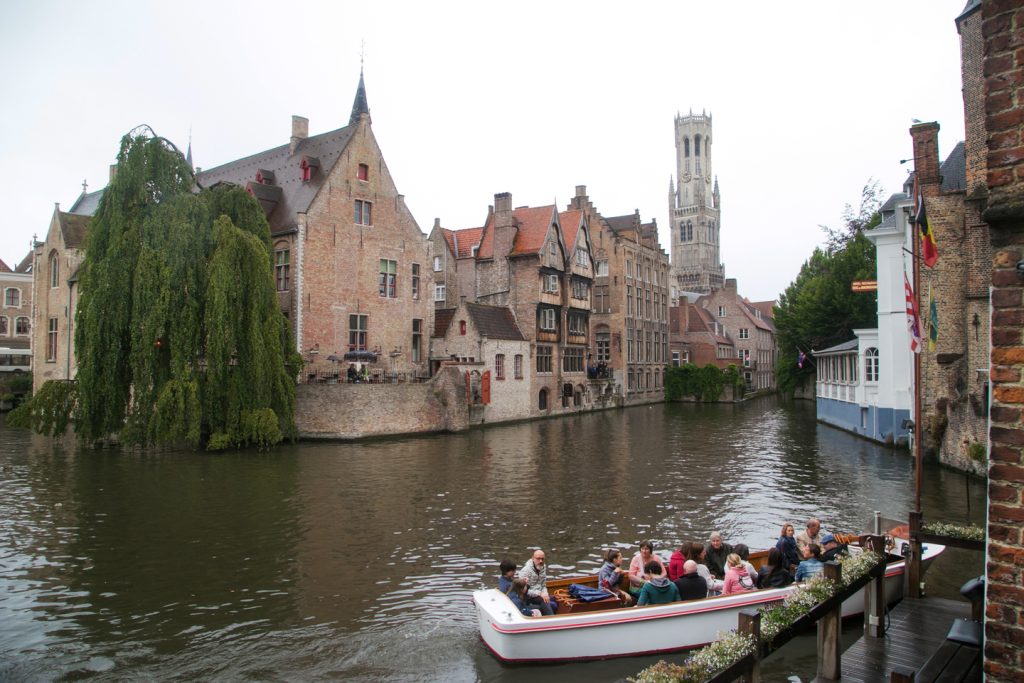 By the early afternoon, we decided to call an end to our time in Bruges and head back to Brussels to prepare for our flight to Dublin that night. Bruges is a quaint town and definitely one we would like to return to again in the future, with the hopes of some better weather! 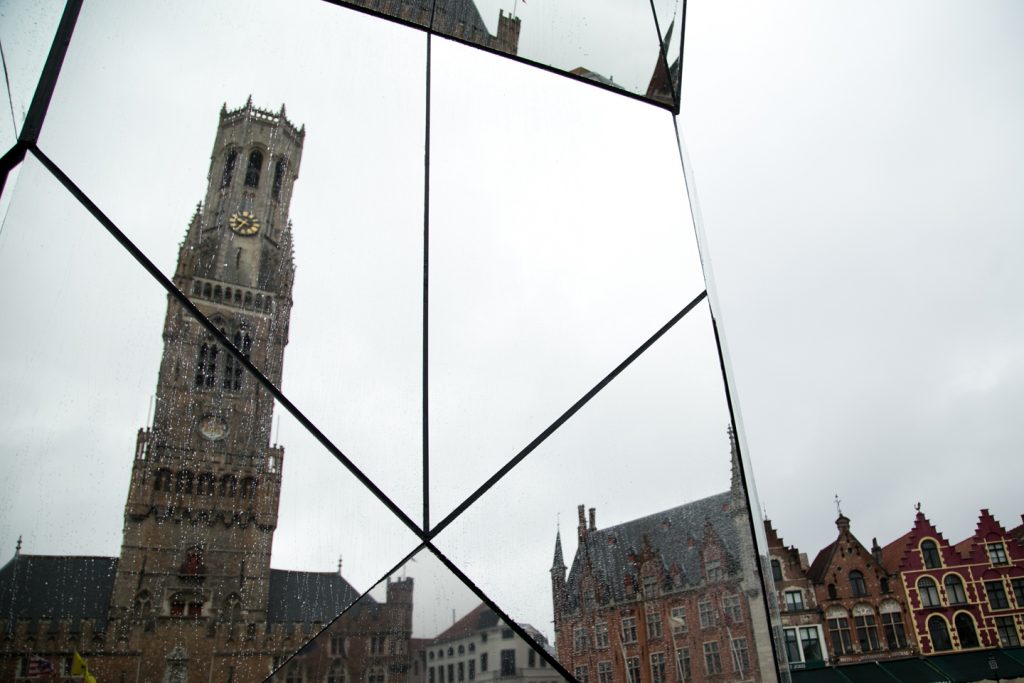 Back in Brussels, we grabbed our bags from the hotel and made our way to the bus stop to head to the airport. Unfortunately for us, we missed the first bus, then found out from the next bus that we needed to buy our ticket from the machine in advance. This was quite a different experience from our time in the UK, where you can purchase tickets from the bus driver directly. The ticket machine only accepts cash, which I was out of, and my chip enabled credit card kept giving me an error (only in Belgium!). Having missed a second bus and concerned about getting to the airport on time, we opted to take a cab instead. This turned out to be a great decision despite the extra expense, as we were able to reach the airport in a much shorter time frame. After relying heavily on public transportation for the majority of our trip up to that point, we were looking forward to being centrally located in Dublin and spending more time exploring on foot!

Wheels up! Next stop, Ireland!