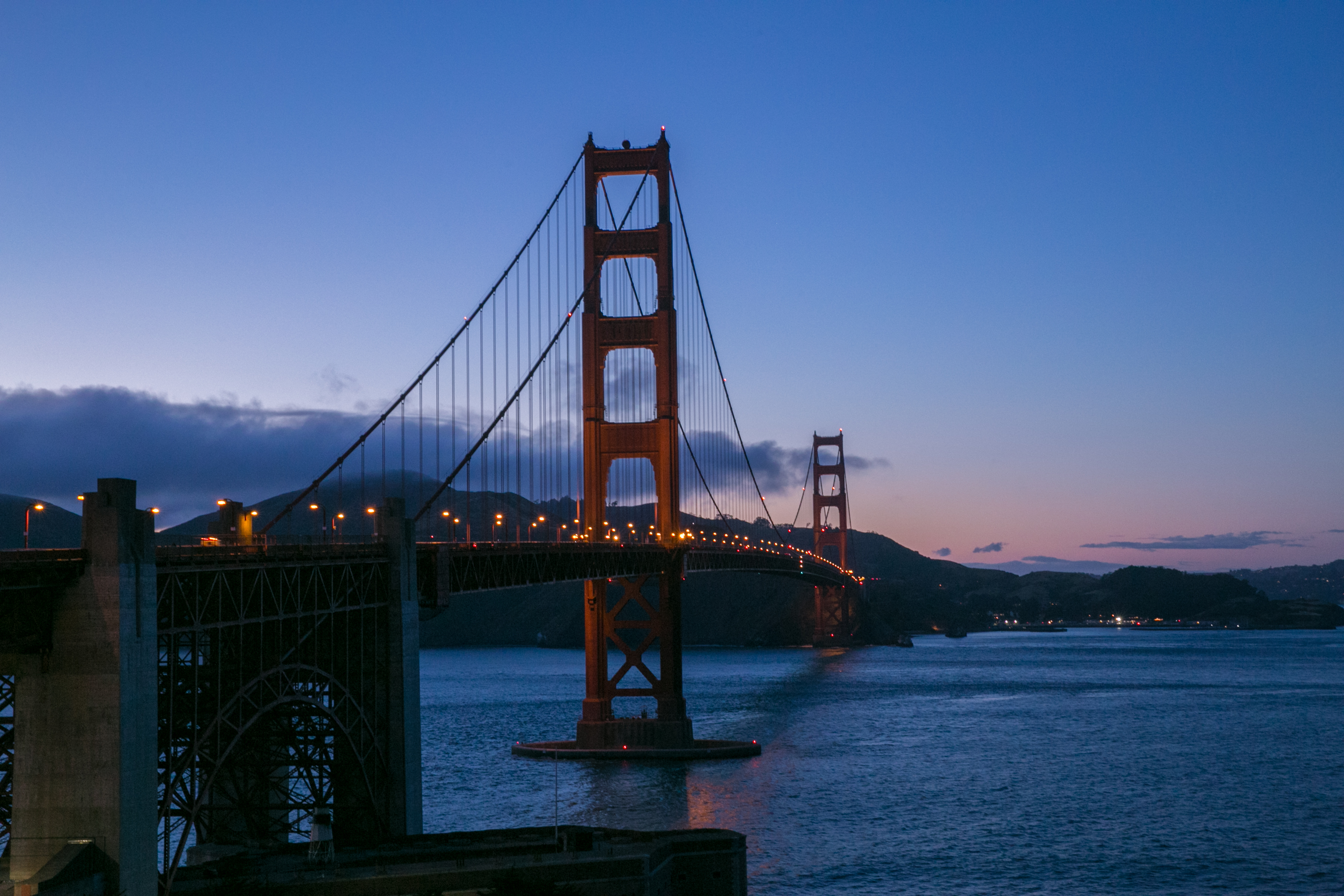 For my most recent birthday, Julie and I made the short trip up to San Francisco for the weekend. While we work to finalize plans for our next big vacation, these short getaways help keep the travel bug satiated. Since we have been to San Francisco a number of times, I had a very short list of required stops: a Giants game and Ghirardelli. 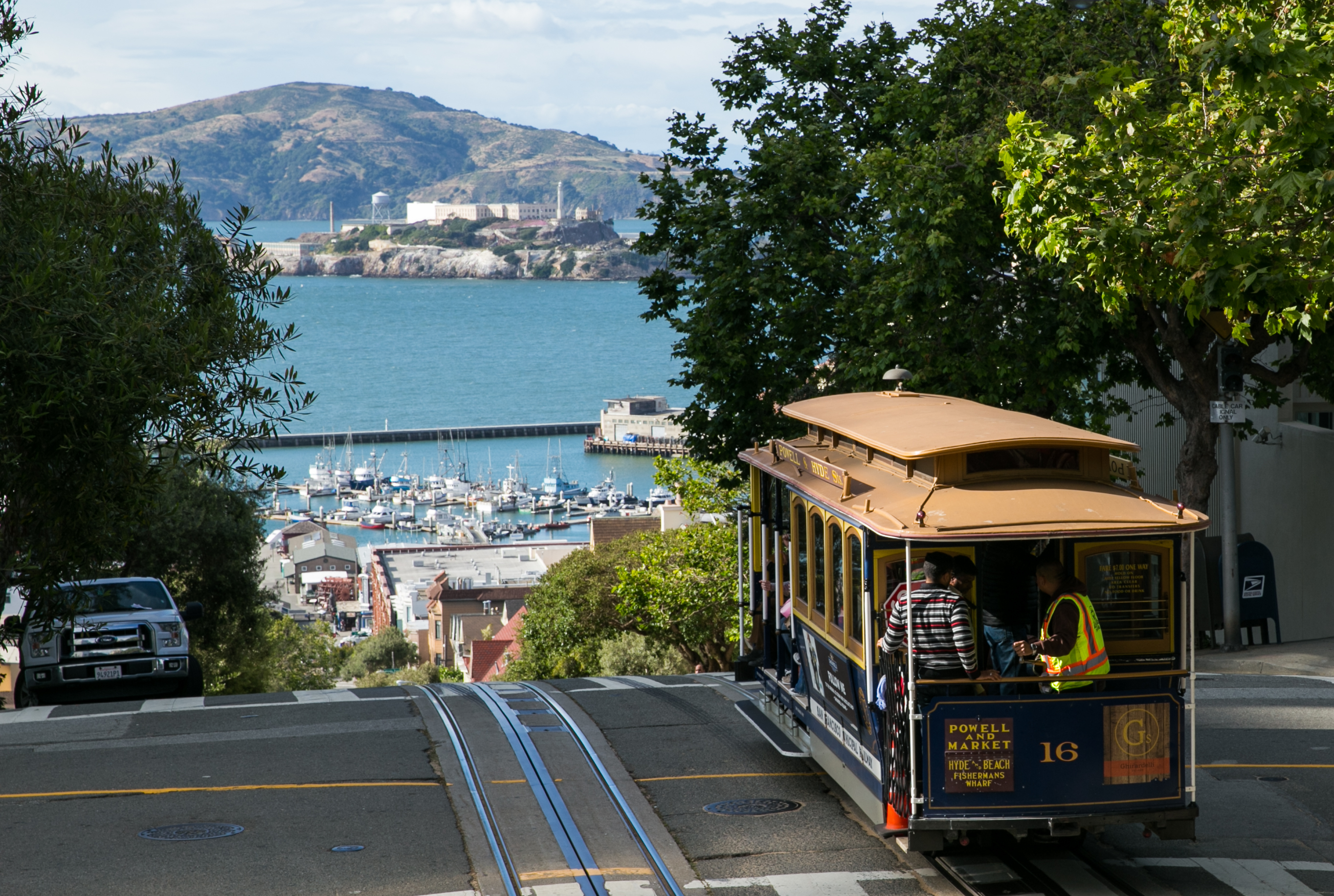 One of the great benefits about flying from Southern to Northern California are the short flights. You can reach most main cities in about an hour, which affords time for plenty of activities at your destination. One of the drawbacks to flying in to San Francisco International Airport, is the weather, and on this occasion, we experienced how mother nature can takeover. Originally scheduled to depart at 8:00 a.m. and arrive just past 9:00 a.m., our flight was delayed three hours due to winds. By the time we arrived at our hotel, we were ready for lunch and a nap (waking up at 5:00 a.m. is tough!). While we were able to take in a baseball game that night, we otherwise didn’t spend any time in the city on day one.

Making the Most of One Day!

If you plan on visiting San Francisco (or any big city for that matter) and only have a short window of time to spend, it’s best to hit the big points of attraction first and make plans to return for an extended trip in the future. This may be the one and only instance I advocate for visiting the touristy spots!

After sleeping in on Saturday (a rare occurrence for us!) we got off to a bit of a late start in exploring the city. From our hotel near the airport, we hopped on the BART and hopped off at the Embarcadero Station.

Tip: If you’re looking for a cost effective way to get around in San Francisco, look no further than the BART. It’s one of the city’s main sources of public transportation and quite inexpensive. The drawback however, is speed as it can take a substantial amount of time if you are starting your journey outside the city as we did. If you’re short on time, an Uber or Lyft might be worth the extra money.

From our stop at the Embarcadero Station, we made the short walk over to the Ferry Building. Opened in 1898, the Ferry Building was a beacon for ships arriving in the city. Over the years, it’s become an iconic landmark in a city filled with them. Today, you can visit the marketplace located inside for a wide variety of retail shops and local goodies. 🙂

Under normal circumstances, we would have stopped for a bite to eat at the Ferry Building and spent some extended time there. On this day though, we had a one track mind for pizza, so we continued our walk, this time in the direction of Little Italy (North Beach).

As Julie and I both have Italian blood in our backgrounds, we tend to seek out the food wherever we go! Walking through the neighborhood, it’s hard not to stop in every little restaurant and cafe you pass by. We had hoped to try Tony’s Pizza Napoletana since we had heard great things, but when we arrived the wait time was two hours! Next time! Instead, we settled for a slice at another of Tony’s joints, Tony’s Coal Fired Pizza. Delicious!

One slice wasn’t enough though, so we continued walking and made our way to Carmel Pizza Company. Located near Fisherman’s Wharf, they offer wood fired pizzas and a favorite of mine, coke in a glass bottle!

With our pizza appetites satisfied, our next stop was Ghirardelli Square for some chocolate! Ghirardelli’s namesake, Domingo Ghirardelli, came to America during the Gold Rush and shortly thereafter developed a delicious chocolate company. Though you can find their chocolate around the world, I always love sampling some from the original location. 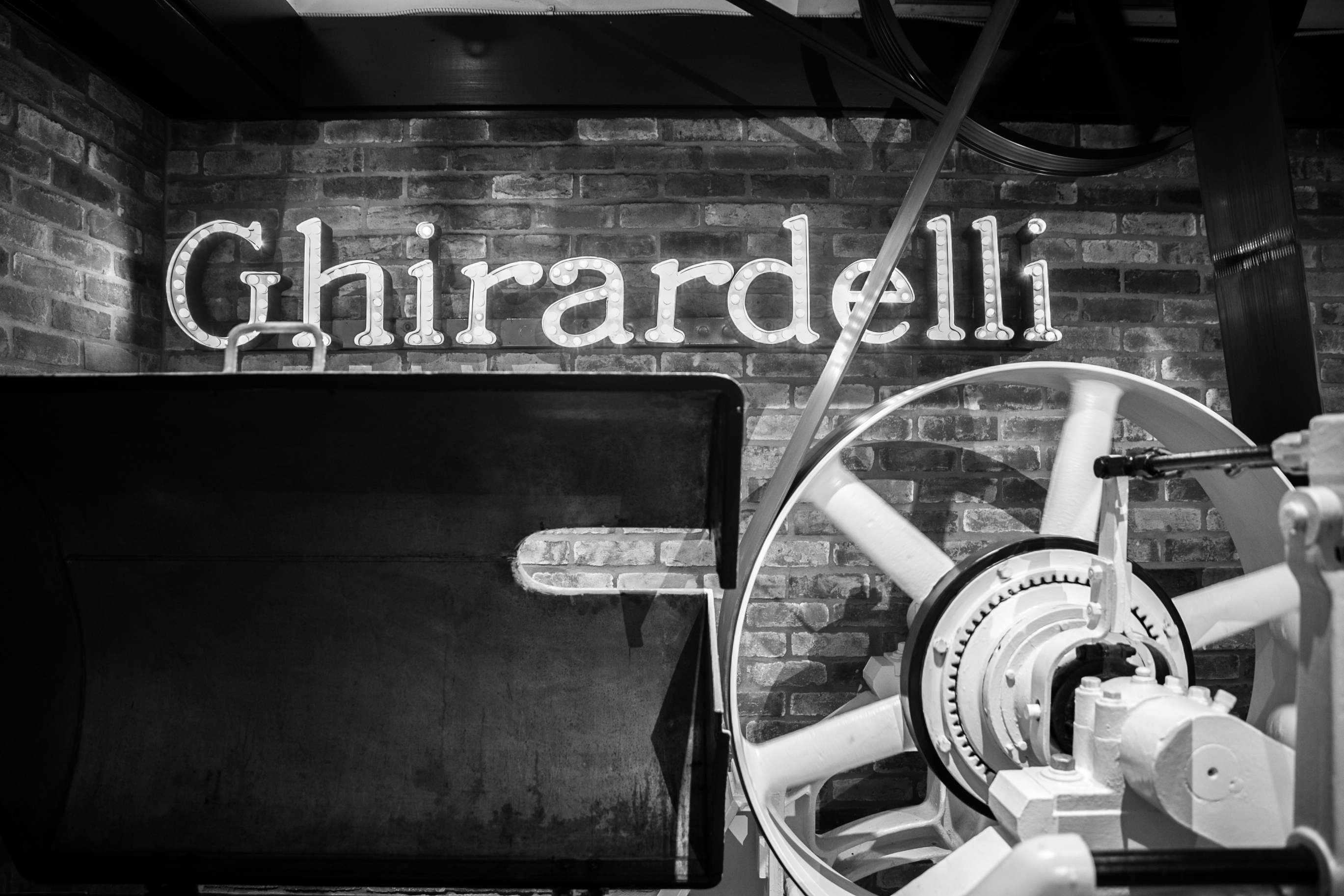 Tip: You’ll almost certainly find crowds at Ghirardelli no matter when you visit. If you’re going for an ice cream sundae, which I highly recommend, walk through the adjacent shop before you get in line. Greeters at the door will provide you with a sample piece of chocolate which will help satisfy your craving while you wait in line. Crowded, but well worth the visit to another iconic city staple.

By this point, we had no more room left in our stomachs, so we decided to walk over to Lombard Street to see another popular tourist spot. Famously known as the “world’s crookedest street,” for the one block portion that includes eight hairpin turns, Lombard Street is definitely a spectacle.

Tip: If you plan to drive through Lombard’s famous hairpin turns, visit on a weekday early in the day. Weekends and peak hours of the day mean tons of traffic and the drive isn’t nearly as interesting when you are stuck in bumper to bumper traffic. Oh, and if you plan to take a photo of the street from above or below, remember not to stand in the middle of the road! Besides the common sense reasons, you will also get yelled at, as while we were there, a woman in charge of (managing public safety?) was sure to yell at anyone who stood in middle.

Once you’ve had your fill of the crowds, which for us was about 10 minutes, it’s time to move on to the next stop, the Golden Gate Bridge. At this point, we decided to grab an Uber to cover the four mile drive from Lombard Street. Since this was Julie’s first purchased ride through Uber, we were able to score a free coupon code online. After a short ride, our friendly driver dropped us off at the Golden Gate Bridge Visitor’s Center.

Despite several prior trips to the city, Julie had never walked the bridge, something we quickly remedied. The Golden Gate Bridge, perhaps the most famous San Francisco landmark, was completed in 1937 after four years of construction.

Interesting Fact: A net was set up for workers on the bridge as a safety valve in the event of a fall. While ten men did die while working on the bridge, nineteen were saved by the net. Survivors of the fall formed a collective club called, the Halfway to Hell Club.

Arguably the most photographed bridge in the world, Golden Gate is well worth the visit. Often, you can find the bridge engulfed in fog, though on this day, we weren’t so fortunate. Once you’ve made it to the other side of the bridge, the views back to the city are incredible! We took the opportunity to take some photos and rest up before embarking on our return.

Tip: While the bridge is flat and an easy walk, it is still 1.7 miles one way. Be prepared for this with comfortable shoes and as with anytime you visit San Francisco, be sure to pack a jacket! We did see some cabs on the far side of the bridge, but I would’t count on that. Another option is to rent a bike from one of the many locations near Fisherman’s Wharf and ride across the bridge and down into Sausalito. There is a bike only lane on the left side of the bridge so that you can avoid pedestrians. If you do opt for the bike rout, which I highly recommend, you’ll end up adding about 3 more miles in each direction.

Back on the other side of the bridge and thoroughly exhausted, we grabbed an Uber and headed straight back to our hotel. With an early flight the next morning and 11 miles walked, it was time to call it an end to a successful day and mini vacation!

We look forward to our next visit to the City by the Bay and an opportunity to explore some of our additional favorite locations!

4 thoughts on “Exploring San Francisco in One Day | California”