2017 In Review: The Year of National Parks 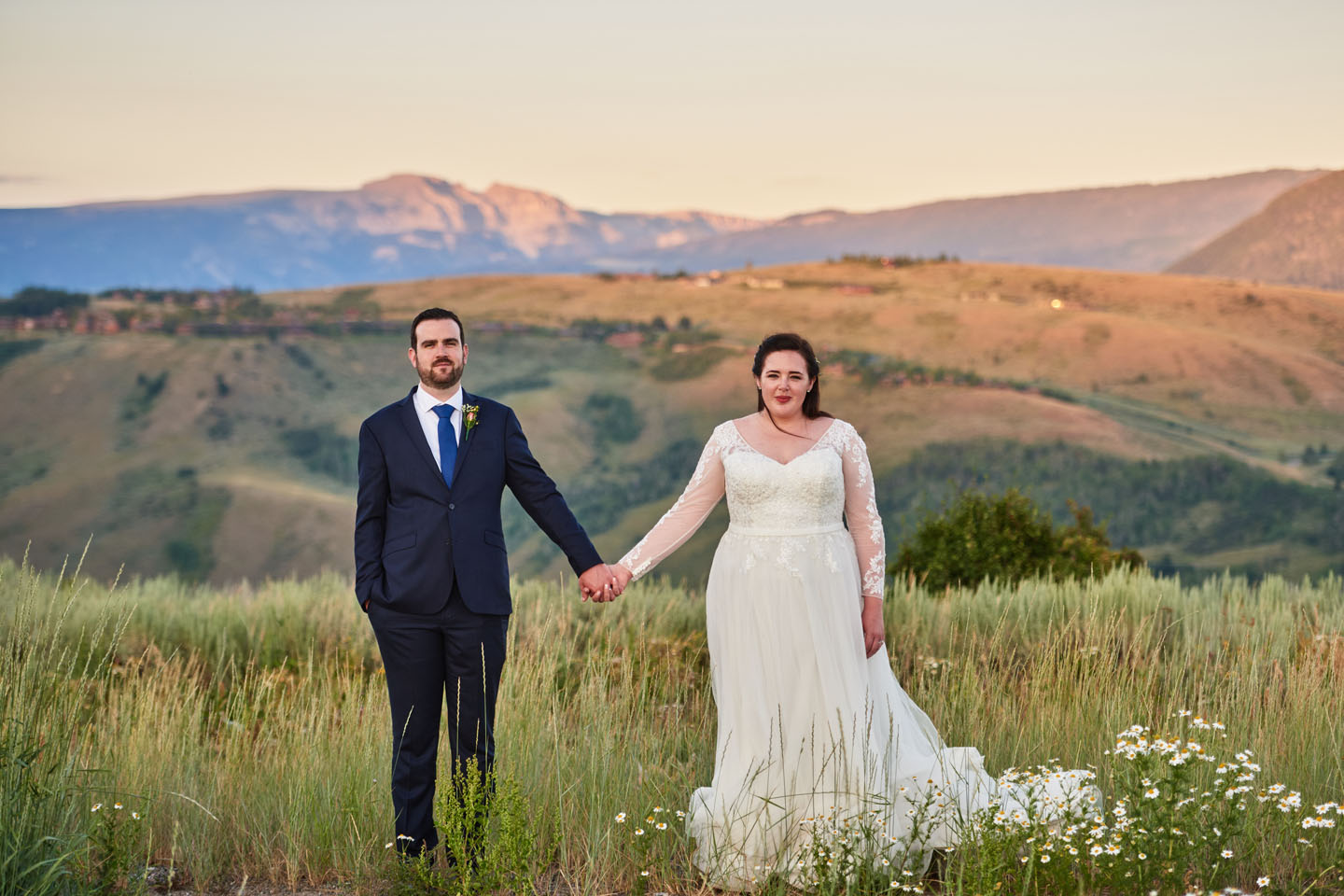 Coming out of an incredible 2016, we knew 2017 would have a tough time competing. After all, we had two international trips in 2016 and none planned for 2017. Well, even without leaving the country, we had an awesome year with so many memorable moments. Without question, the theme of 2017, was the year of national parks. Having been gifted a National Park Annual Pass at Christmas in 2016, we sought to put it to good use. With ten parks visited, we certainly accomplished that goal. The cherry on top, getting married in Grand Teton National Park over the summer, 2017 has been one heck of a ride. Here’s a look back at our year.

After an international trip to close out our year, we opted to take the first part of 2017 easy. Relatively easy at least, as my search for a new job landed us in the Bay Area. I moved first in mid February, and Julie and I did quite a bit of traveling on weekends to spend time together before she moved up permanently in June.

Living in different parts of the state for the first half of 2017 meant weekend adventures were our sweet spot. Eager to explore our new home, we visited Shark Fin Cove and Panther Beach, just north of Santa Cruz.

Our first two National Parks of the year were Sequoia and Kings Canyon in April. Julie and I were excited to get outside, and even though the parks were still experiencing winter conditions, we had a great time exploring the giant sequoias. It was awe-inspiring to stand beneath the ancient giants who have withstood the elements and time. It was tough not too feel small in their presence.

At the beginning of May, with Julie’s move date only a month away, we set out to explore more of our new home. The Santa Cruz Mountains, while smaller than our Southern California San Gabriels, are home to groves of beautiful redwoods and a couple of state parks which protect them. During our visit to Big Basin Redwoods State Park, we did a short hike to Sempervirens Falls.

Near the end of May, we made a trip out to Point Reyes National Seashore, about 2 hours from the South Bay. One of my favorite moments was standing near the lighthouse, known as the windiest location on the West Coast, and soaking in every minute of cold weather before the impending summer heat.

On the first weekend of June, I flew down to Southern California and we drove Julie’s car up north. To make the most of our trip, we drove one of our favorite routes up the 395, with a quick overnight in Mammoth. We loved, as always, seeing the Sierras with a fresh coat of snow, and it was a welcome change from the boredom that is the 5 freeway.

With the calendar flipped to July, the summer season brought the busiest time of our year. Never one to sit still, particularly during long weekends, we made the crazy decision to drive to Southern Oregon and visit Crater Lake National Park. It was definitely an adventure, and we were happy to have visited our third national park of 2017.

Before we had much time to collect our thoughts, it was time to hit the road again. Our first stop was Southern California for Julie’s sister’s wedding. Then, it was time for our own wedding, and the next leg of our road trip driving to Wyoming.

There aren’t many words I can use to describe our wedding in Grand Teton National Park. It was an incredible day in the most unbelievable location and I couldn’t imagine it being any different.

In addition to the biggest day of our lives, we also had the opportunity to spend some time exploring two beautiful National Parks, our fourth and fifth of the year. One of our favorite adventures of the year, was our post wedding-day hike to Amphitheater Lake in Grand Teton National Park.

After our whirlwind wedding and road tripping adventures in July, we used August as a much needed break. Though it’s often difficult for us to want to stand still, we knew the coming months would keep us busy once more.

In September, we celebrated Julie’s birthday by flying home to spend time with friends, family, and the beach. The following weekend, we caught Julie’s favorite band Muse in concert, our second time seeing them together. We caught our second Giants game of the year with our Bay Area friends, Diana and David, and in a surprising turn of events, the Giants actually won! By by the end of the month, we were back in Southern California once again for our wedding reception. After months of planning, it was a great night with family and friends.

No rest for the weary as we were back on a plane to SoCal the weekend following our wedding reception for my company’s annual softball tournament. While we didn’t win the tournament, it was nice being able to catch up with old friends and co-workers that I hadn’t seen in months.

The next weekend, we were in familiar territory, back on the road again for our annual fall colors trip in the Eastern Sierras. We had a great time visiting a new part of the Sierras, and while we froze camping in 17 degree weather, we made the most of it and learned that we are not winter campers!

The next weekend, Julie’s mom came to visit, and we took her up to San Francisco for a fun day of eating and exploring the city.

We were once again on the road the following Saturday, this time visiting Julie’s friends Jessica and Devon in Sacramento. It was nice to catch up and have lunch in Old Town Sacramento, and it gave Julie and I an opportunity to explore our state’s capital.

At the Giants game in September, we received a buy one get one free flight voucher for Alaska Airlines. I had been eager to visit Seattle, and this made the decision an easy one. We took the long Veteran’s Day weekend as an opportunity to explore a city we had both visited individually prior to knowing one another. We were also excited about the prospect of visiting more national parks. While the weather in Mt. Rainer did not cooperate, we were still able to visit North Cascades and Olympic National Parks, our seventh and eighth parks of the year. Driving through Washington for the first time, I was blown away by how beautiful the state was. Despite it being mid-November, much of the state was still filled with gorgeous fall colors.

Getting outside of Seattle, we visited the always impressive, Snoqualmie Falls, which also inspired Julie to write one of my favorite posts about ethics and getting the shot in photography. I love that nature has the power to inspire so much creativity in us.

After eating our way through Washington, we were on the road in just two short weeks, back home visiting family for Thanksgiving. I ran my first Turkey Trot and 10k race on Thanksgiving day with my brother. While I didn’t have the best time, my goal was to finish, and I was happy to have crossed that adventure off my list.

For Christmas, we drove home to visit family for a few days and enjoy the holiday season. It is easily our favorite time of the year, and it was a welcome break from a busy work year.

Our last adventures of the year included a visit to our ninth and tenth national parks. On the road, or our home away from home, we quickly realized that the day after Christmas is a heavy traffic day. However, once we reached Southern Utah, our spirits were quickly lifted. We spent the next few days exploring Zion National Park and crossing off a couple of bucket list hikes: The Narrows and Angel’s Landing.

Bryce Canyon National Park became our final park visit of the year, and it was a great sense of accomplishment that we were able to put our annual pass to such good use. With Julie having visited many of the western National Parks with family in the past, it’s always nice to cross one of the list together for the first time.

2017 was a pretty incredible year and I’m so proud of all that we accomplished. We constantly pushed ourselves outside of our comfort zone, and while the results weren’t always the best, we learned even more about ourselves and each other. 2018 definitely has big shoes to fill, but we are excited about what lies ahead. Thank you all for following along on our adventures!