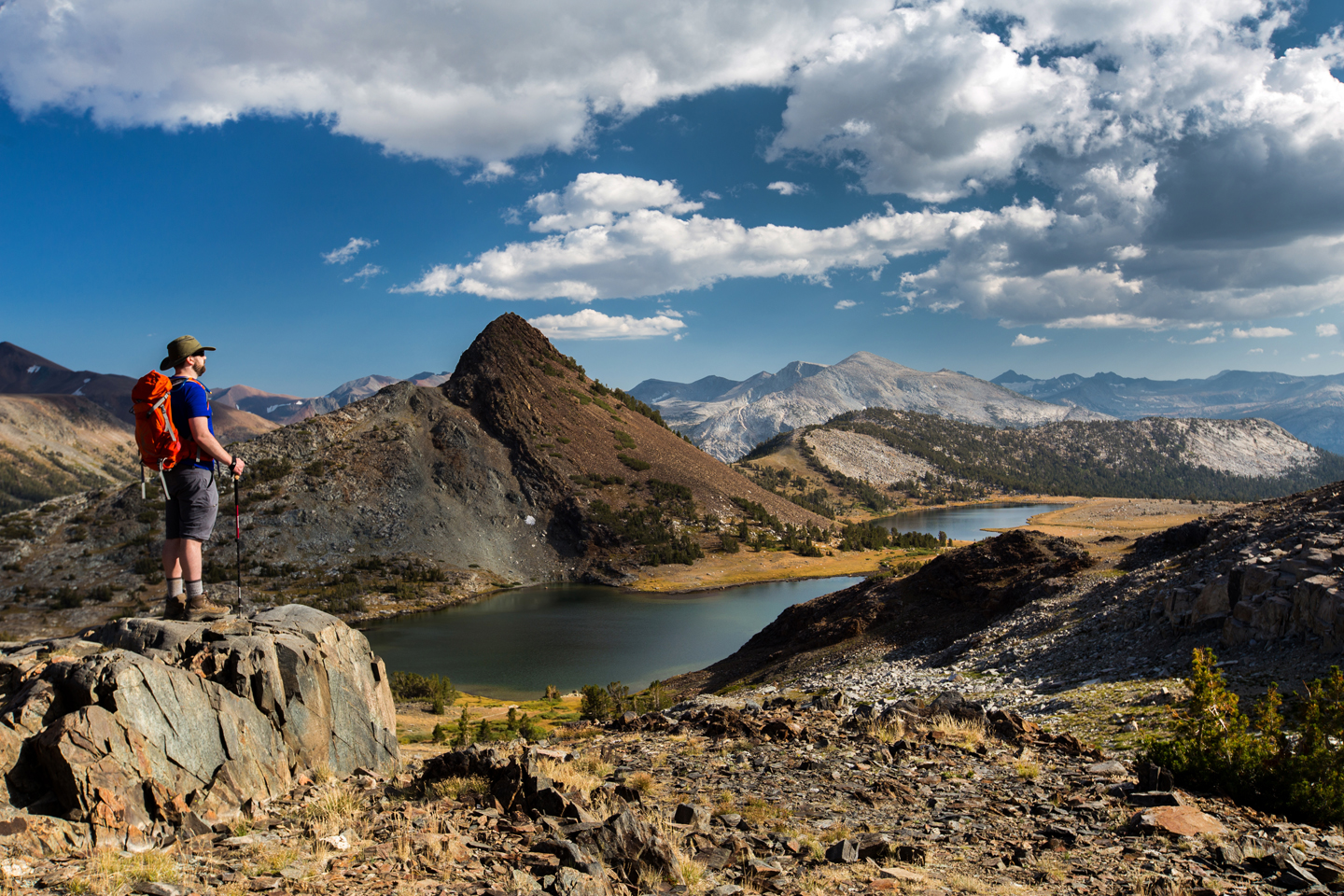 Gaylor Lakes, a short hike accessible from the Tioga Road in Yosemite, had been on our to-do list for some time. We had planned to do an overnight backpacking trip to Vogelsang, and found Gaylor Lakes to be a great option for a day hike on the day we picked up our permits. The trail is short, just three miles roundtrip, but starts at an elevation of 9,960 feet, which makes the hike a bit more challenging. Doing this hike the same day as coming from sea-level meant we moved at a slower pace, as we worked to acclimate to the elevation.

Distance: Roughly 3 miles (we ended at 4.46 with some additional wandering at the lakes)

Difficulty Level: Moderate – the elevation here is the main challenge. 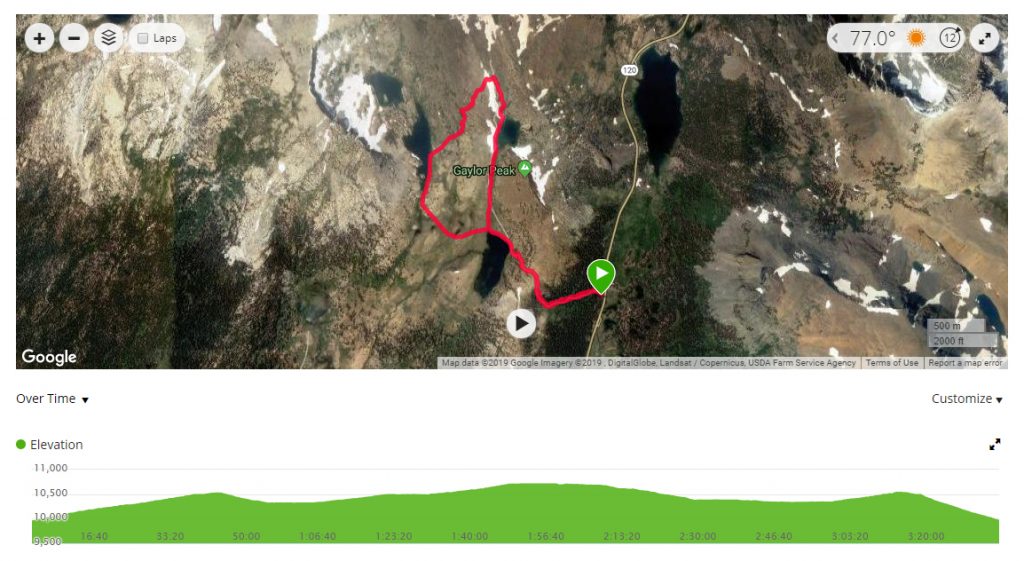 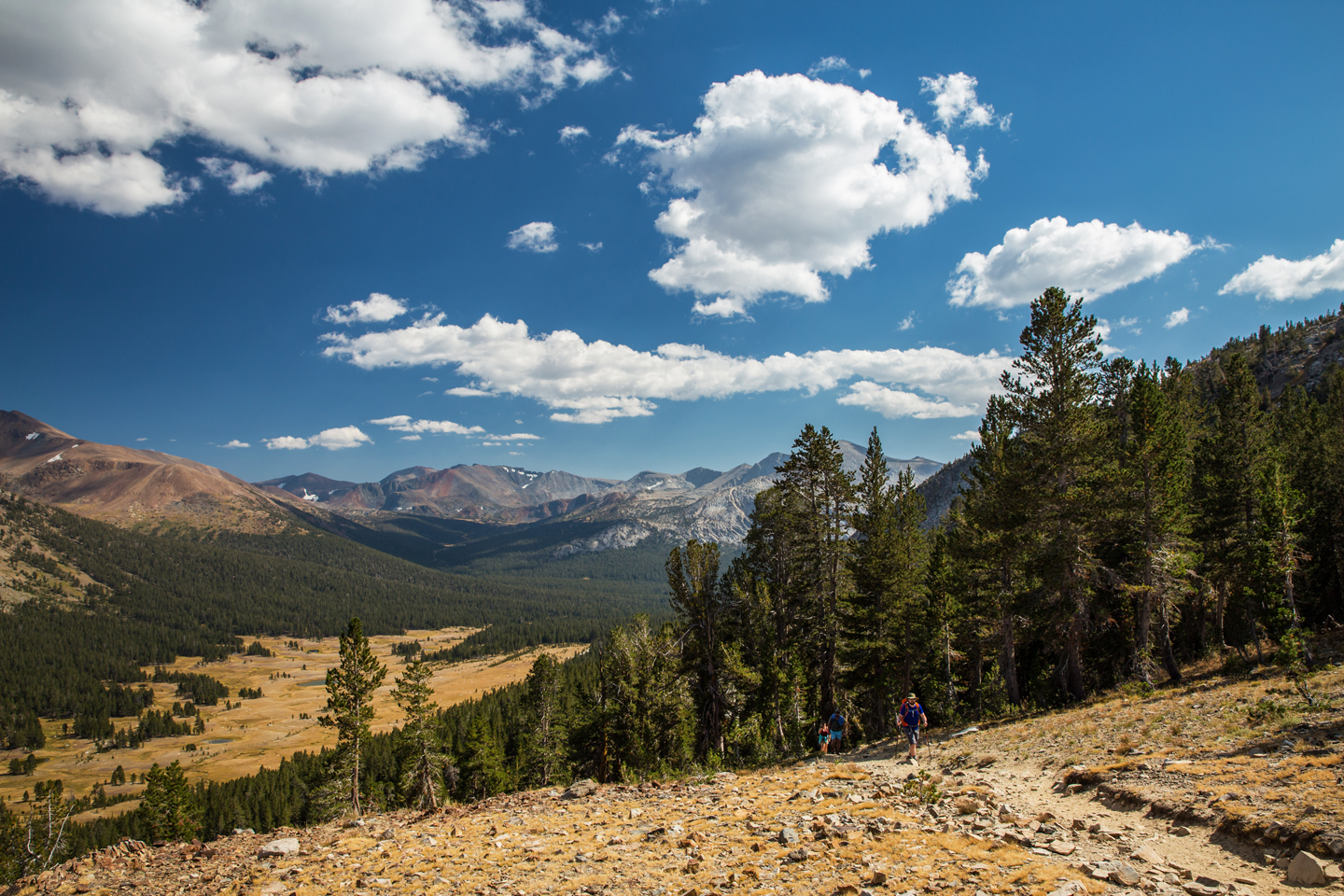 We arrived at the trailhead for Gaylor Lakes after making the 4.5 hour drive from the South Bay Area. In summer, the Tioga Pass is open as long as their isn’t snow, which can sometimes go late into the year. Our trip was at the beginning of September, which is a great time to visit since most of the kids are back in school, making the park less crowded. Located just inside the Tioga Pass Entrance Station, there is a small parking lot with access to the trailhead. Getting a later start to this hike, we were fortunate to grab a place to park, as spots are limited. 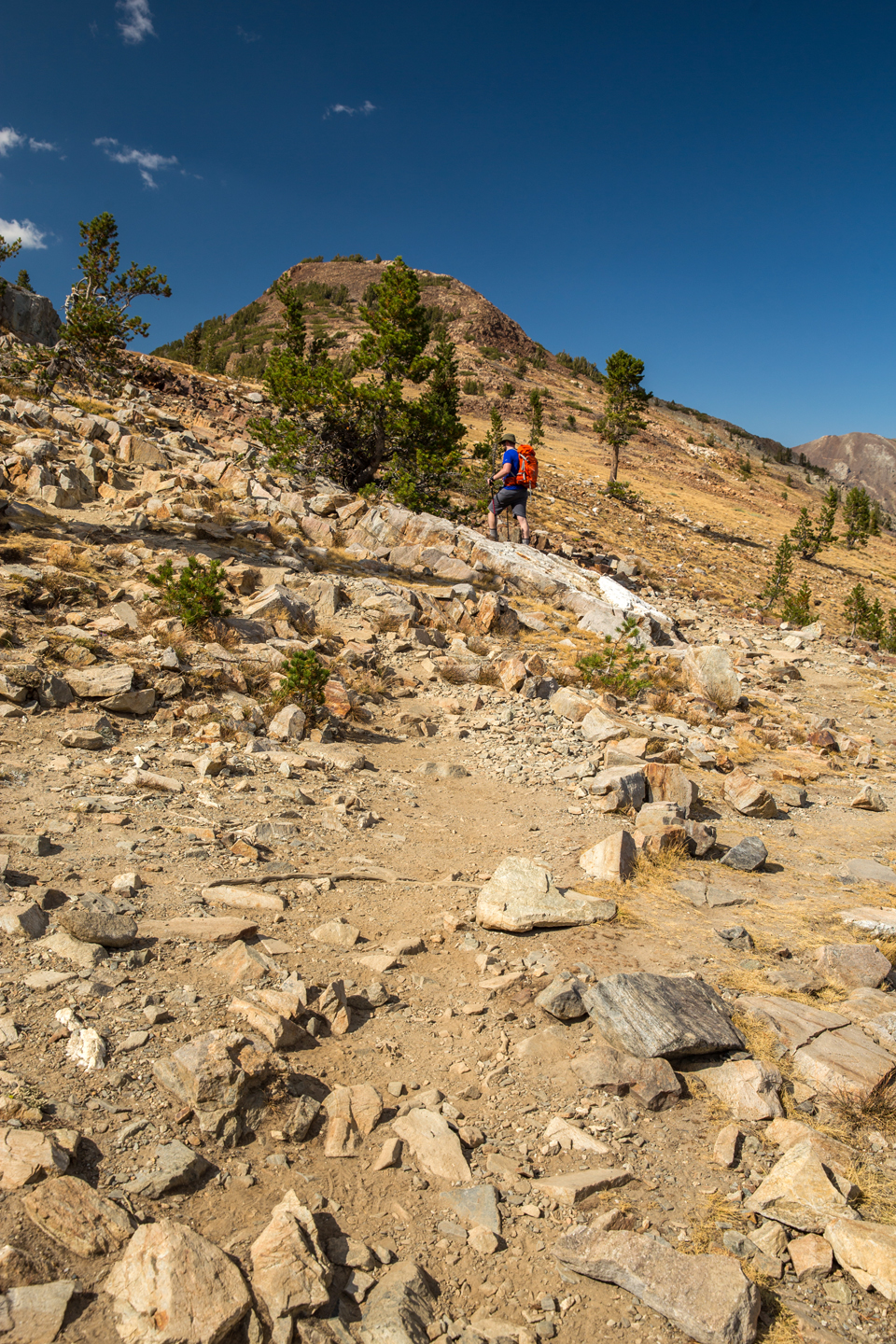 If you aren’t already acclimated to the elevation, the trail to Gaylor Lakes gives you no break, as it immediately starts to climb. We took it slow since we had just arrived from sea level and were definitely not adjusted to being just under 10,000 feet. The good news about the climb is that it’s relatively short, and we were at the ridge pretty quickly. From here, there are views in every direction of the eastern edge of the park. Since we were there later in the season, the mountains lacked snow, and were mostly barren. 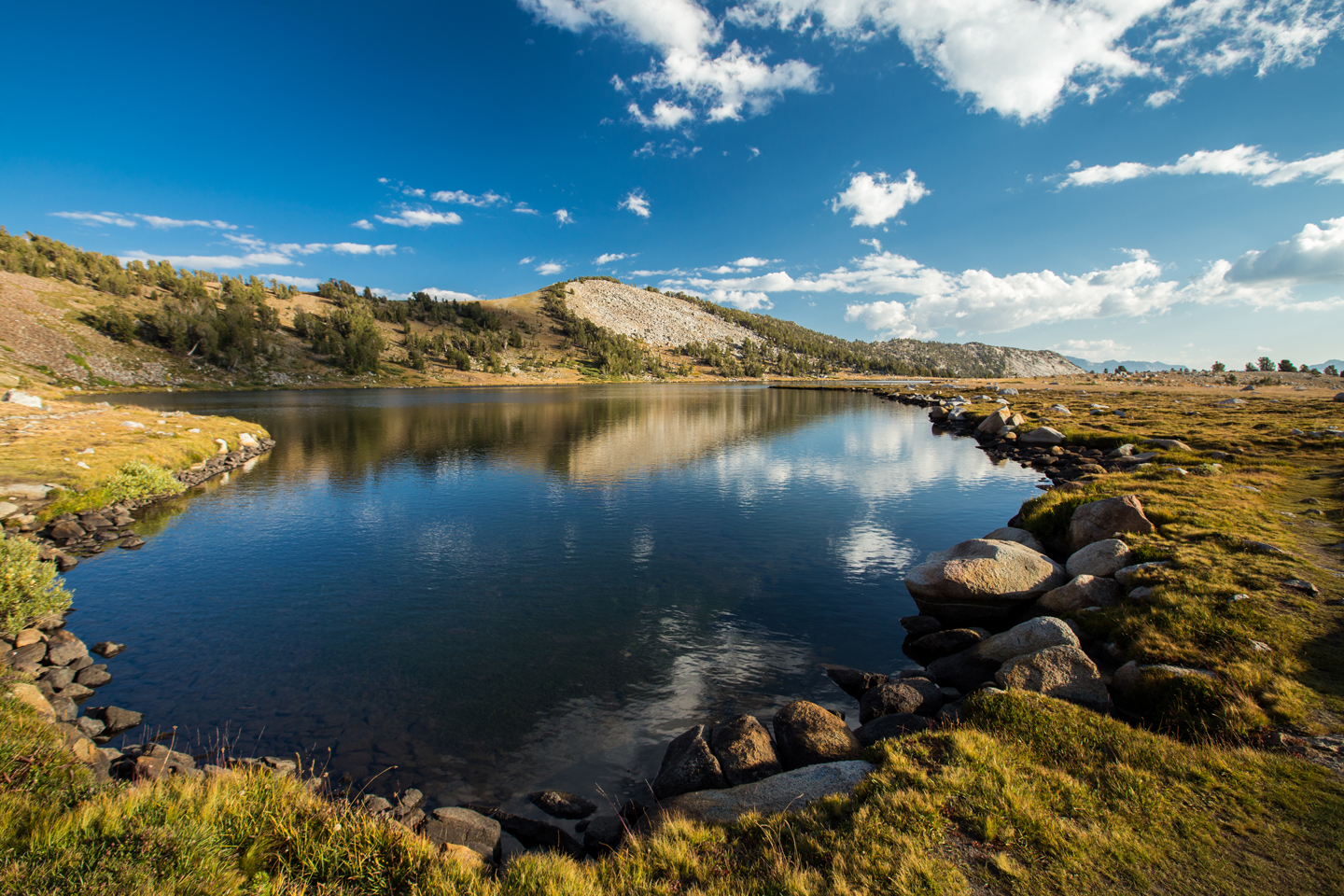 Catching our breathe at the ridge, the trail then begins to descend down to Middle Gaylor Lake. At the lakeshore, there is a path that winds around the perimeter of the lake. This is also the trail you follow to continue on to Upper Gaylor Lake which is what we opted to do. It’s short walk from Middle to Upper Gaylor Lake, but we continued on to get a better view of the lakes from above. Climbing a short distance to another ridge brought us some pretty incredible views of the two lakes below and the mountains in the distance. 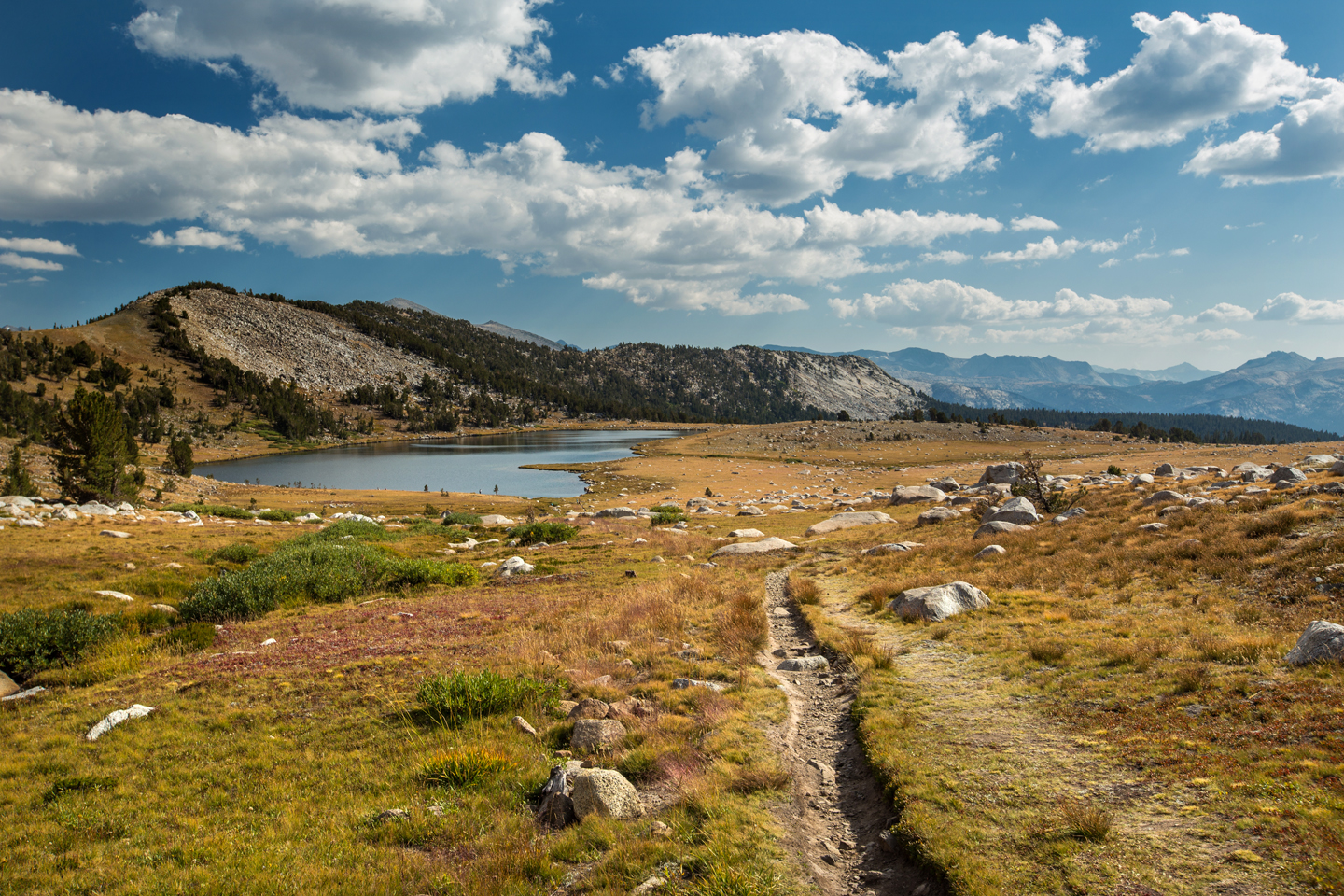 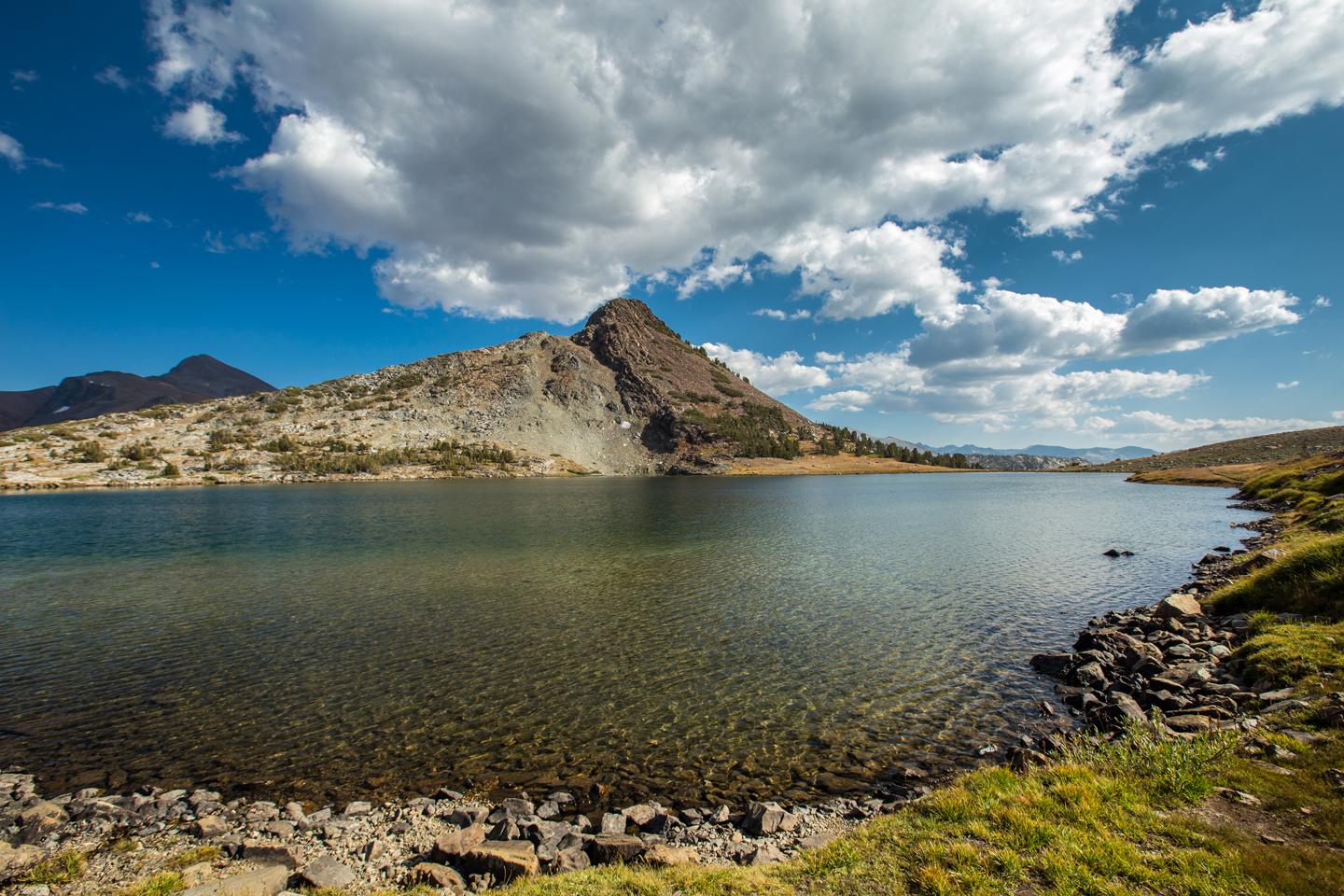 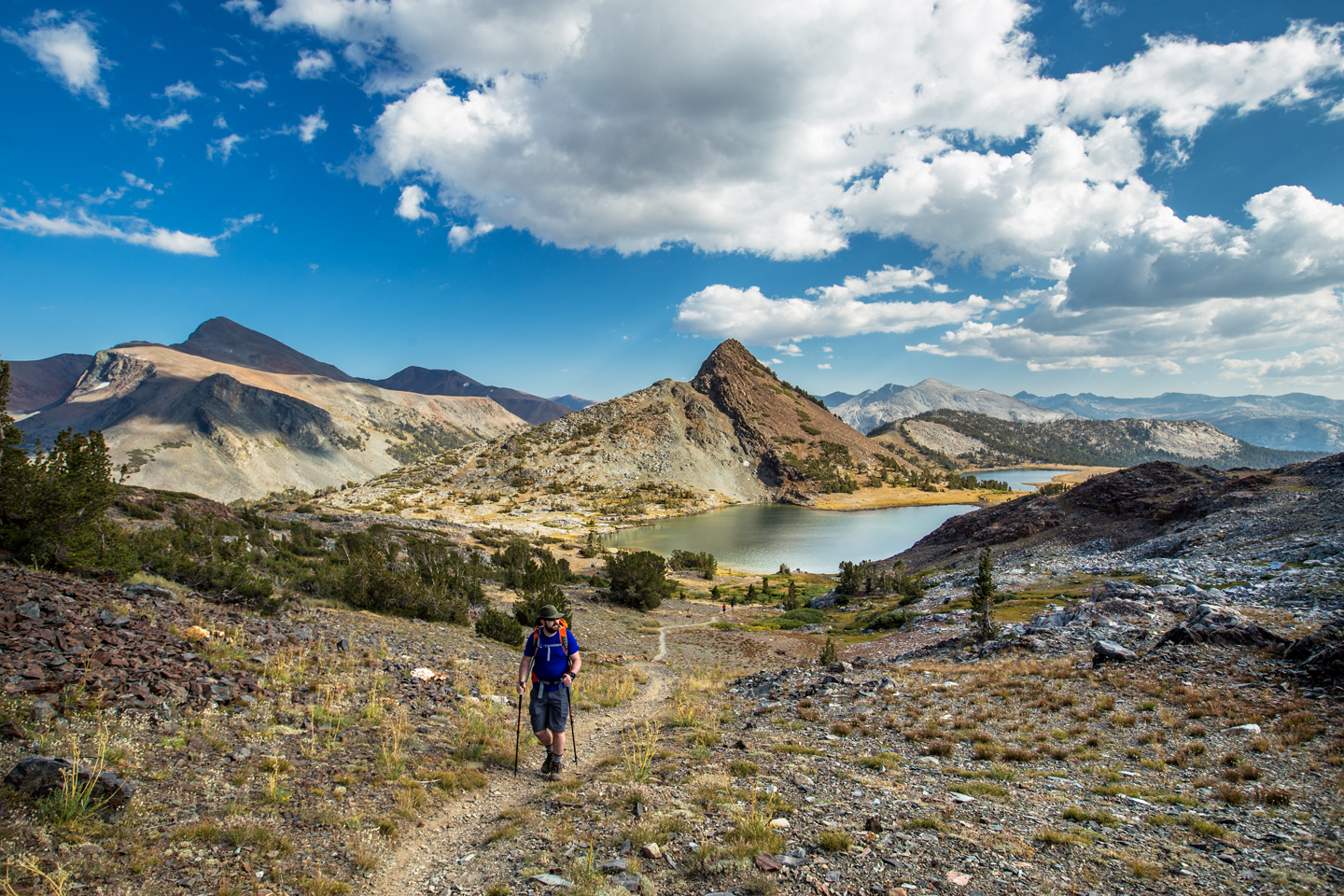 With plenty of daylight left, we spent some time enjoying the views here, before making our way towards another lake just west of us. Although it isn’t advertised, you can hike to Granite Lakes if you’re like us and eager to spend a bit more time in this area. We trekked over to lower Granite Lake which was mostly covered in shadow as the day grew later, but we enjoyed getting to enjoy it all to ourselves. A trail follows the shoreline of Granite Lake before we eventually had made our way back to Middle Gaylor Lake. 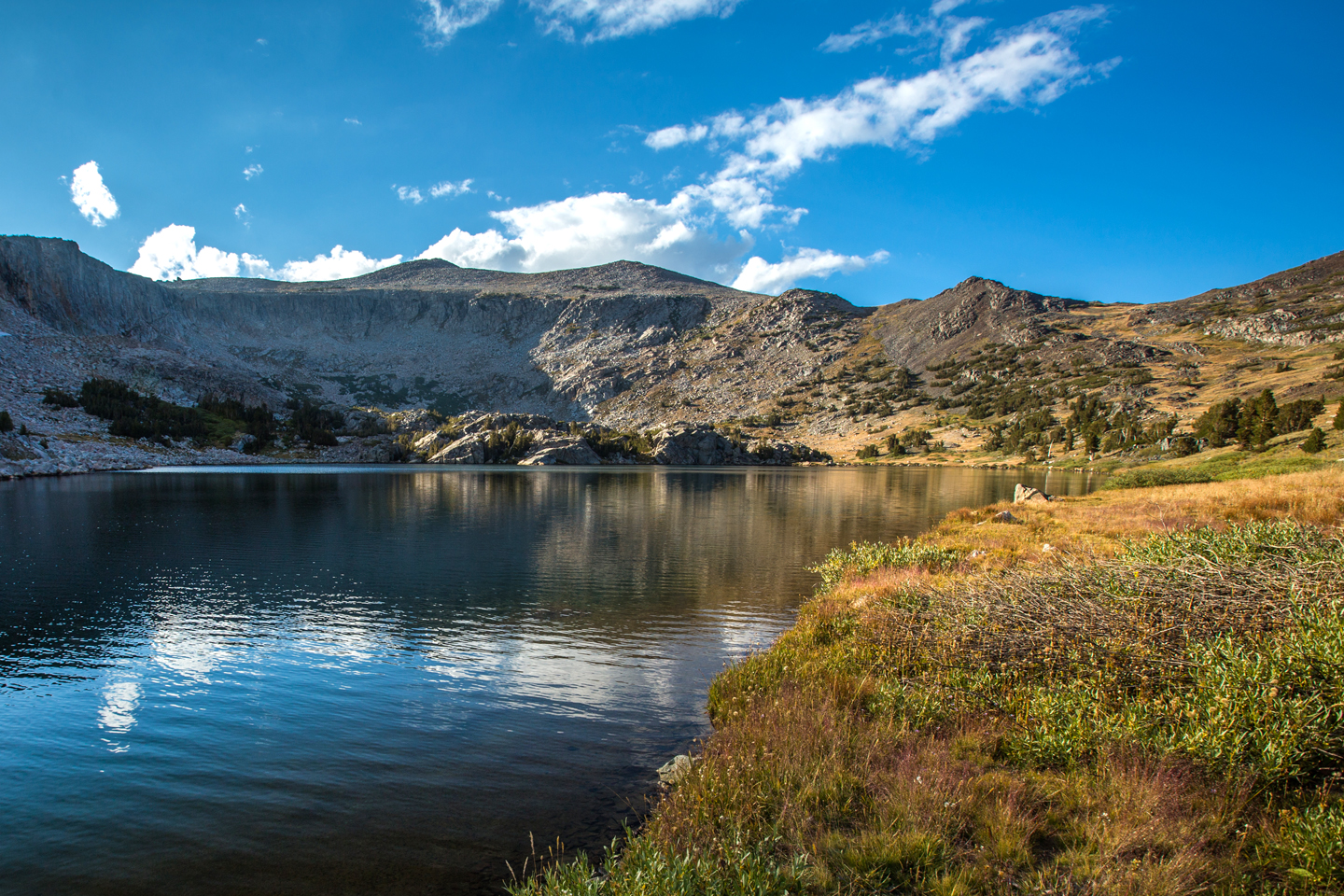 Before long, it was time to head back, and we followed the trail back up the ridge and down to the car. At the parking lot, we ran into a woman who was looking for her husband and daughter and asked us if we had seen them and how difficult the trail was. We remarked that we had seen them and that the trail is pretty short and climbs steadily to a ridge before descending to the lakes below. Always a good idea to know where members of your party are ahead of time! 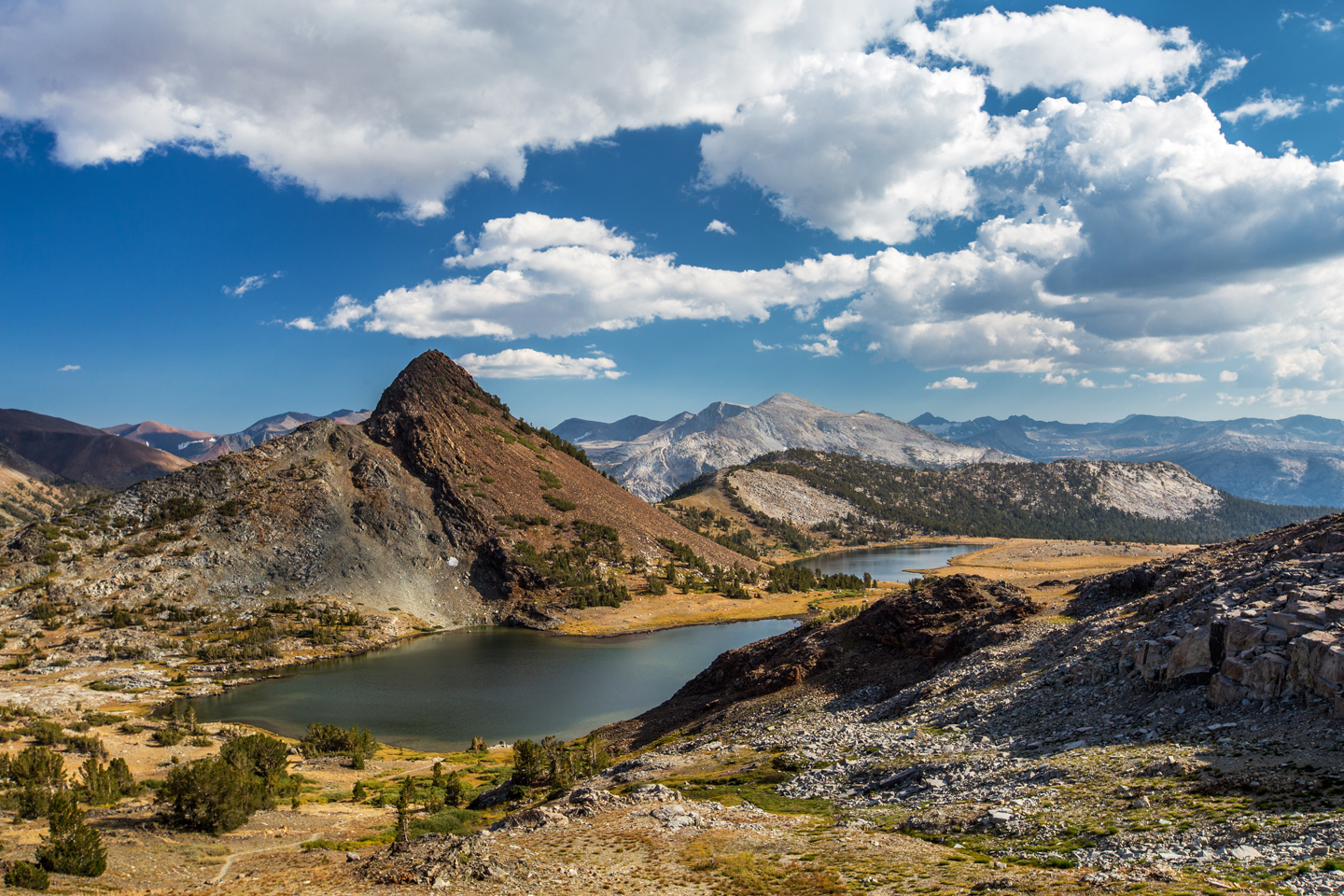 In total, we spent about 3.5 hours at Gaylor Lakes and kept a rather leisurely pace as we explored the area. Overall, Gaylor Lakes is a relatively easy hike that can be done any time the Tigoa Pass is open. We enjoyed our hike and would definitely recommend it to those looking for a quick day hike in the Tuolumne Meadows region of Yosemite!

Have you been to Gaylor Lakes? Let us know in the comments! 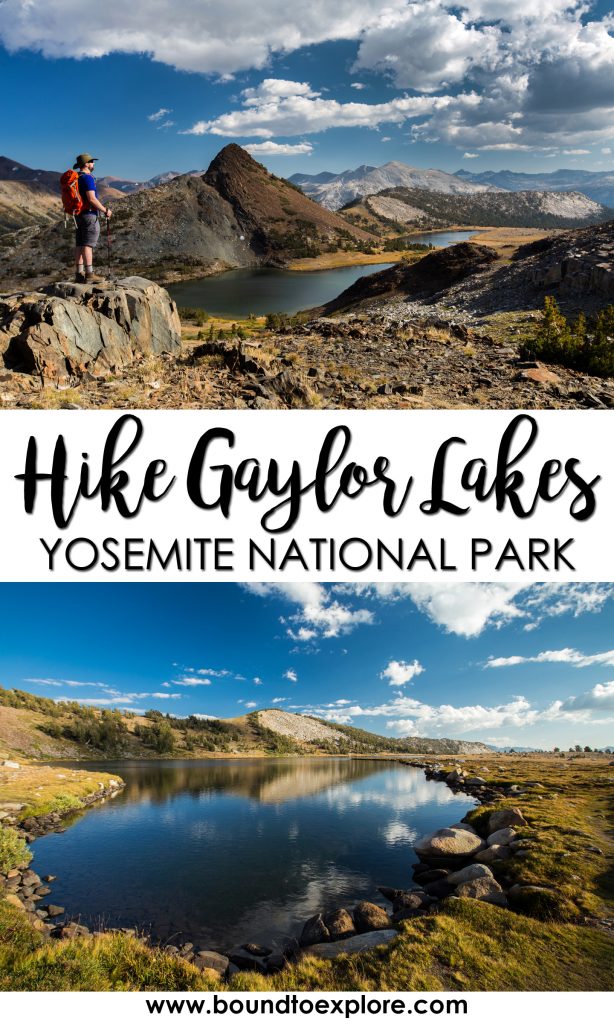