A Day in Brussels | Belgium 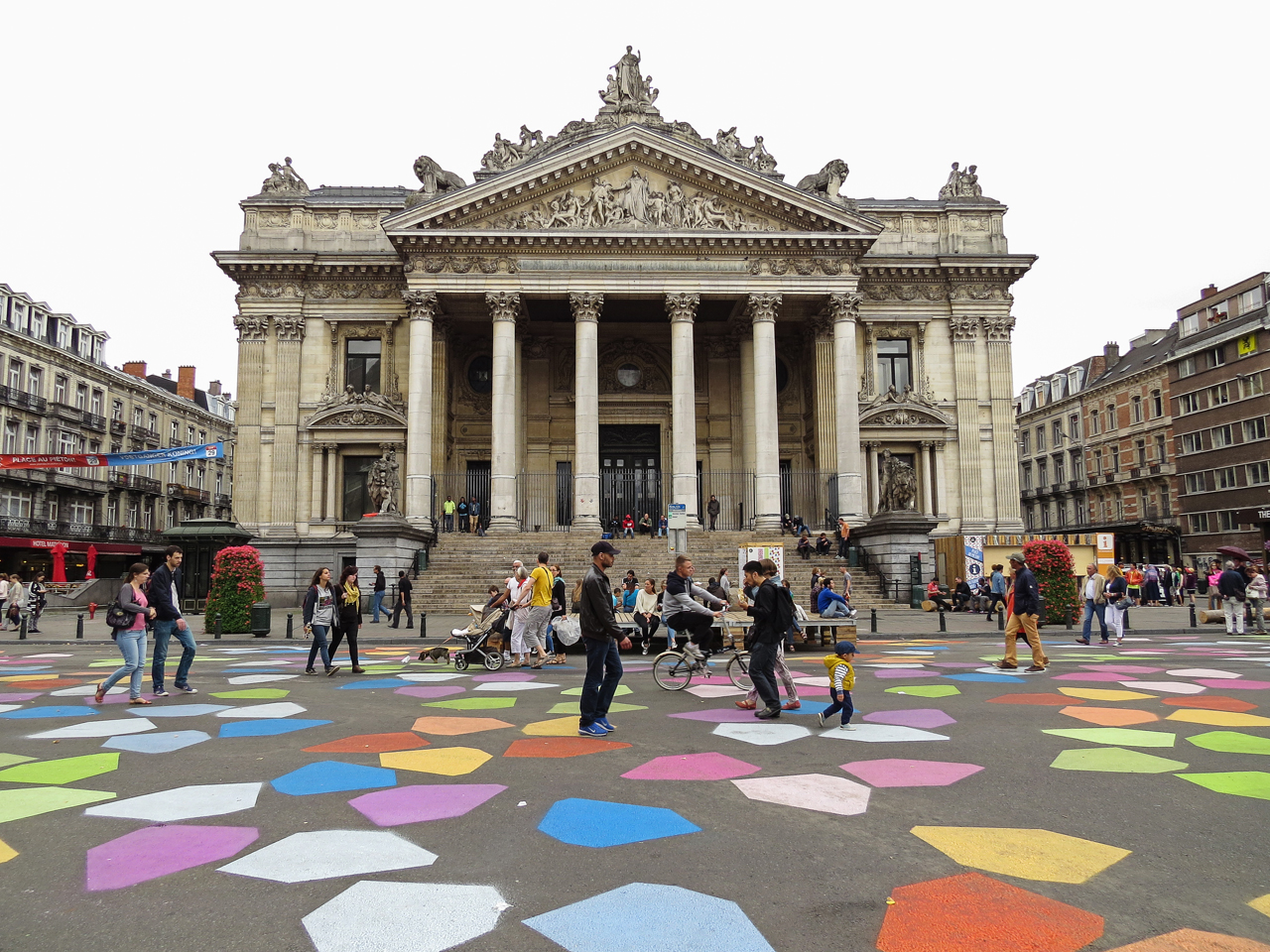 Belgium was, admittedly, a late addition to our itinerary. We had planned to visit the British Isles, but not the continent of Europe on this particular trip. However, having already been to the three countries on our agenda, I was eager to see a new place. With only a short window of time to visit, we needed somewhere that was in close proximity to London, so Belgium won out over Paris as our choice. Julie was quickly sold on the idea by way of the country’s well known exports: chocolate, waffles, beer, and fries. From London, we boarded our Eurostar train and embarked on the short, two-hour ride through the chunnel to Belgium. The ride itself is efficient, but a bit unspectacular since there isn’t much to see along the way, and the train moves at high speeds. After departing the train, I spent about ten minutes walking through the station searching for an ATM to grab some cash for the subway. Tip: It’s  good idea to have a small amount of the local currency before you arrive at your destination just in case you can’t find an ATM! With cash in hand, we bought our tickets to head into the city center. After several false starts (we couldn’t locate the train going in the direction we needed to go – all the signs were in French and Dutch), we finally made it into the city and our hotel, which was about a ten minute walk from the station. We checked in and threw our things down before heading downstairs for a quick dinner at the hotel’s restaurant. On Sunday morning, we left our hotel and made the short walk to the city center to explore. Almost immediately, we made a beeline to what we had most anticipated: waffles and fries! Brussels is a fun city to wander through in search of your next delicious food option, and that is certainly what we did! We loved how many treats were around every corner, and it’s tough not to want to stop in each place. With prices that were actually quite reasonable, we really had to exercise some restraint. We decided to pop into a cute looking chocolate shop, La Belgique Gourmanade, where we grabbed a small bag to snack on. Because we couldn’t get enough, our next stop was a chocolate making tour at the Museum of Chocolate and Cocoa. While it was definitely no Willy Wonka factory (and a big tourist trap!), the chocolate we sampled was quite good, and we watched as some was being made with instruction given in French. After the tour, we made our way to Delirium Cafe, a popular bar known for it’s lengthy beer list. According to their site, they hold the Guinness Book of World Records with 3,000 different beers. I couldn’t resist the urge to have a Delirium Tremmens at the Delirium bar, and it was well worth it. Beers are poured the traditional way which includes slicing the foam off the top with a scraper. It’s easy to spend a considerable amount of time at Delirium Cafe sampling all of their beers. Rather than empty our wallets completely on the beers, we finished up and headed back out on the town in search of our next waffle. 🙂 Deciding on an early dinner, we opted for a popular restaurant recommended by a former co-worker, for a traditional Belgian dinner at Le Fin de Siècle. I opted for the sausage and mashed potatoes while Julie went with the beef stew. Both were quite tasty! After dinner, we searched for the famous Manneken Pis statue. Created in 1618 by Hiëronymus Duquesnoy the Elder, the small statue is a popular tourist destination. Interestingly enough, the statue is dressed up in a variety of different outfits throughout the week, though when we were there, no costume was on. The statue is also the subject of several legends while it has been stolen many times throughout its history. While I waited for Julie to grab some good shots of the statue, I found myself in front of yet another waffle stand. At this particular location, the waffles were only €1, how could I resist? Before heading back to the hotel for the evening, we made one last stop for some more chocolates, because, why not? I was particularly drawn to Leonidas chocolates since I love the movie 300! More chocolates, and the end to a fun and delicious day in Brussels! We truly enjoyed the city, and were happy to have visited and enjoyed all it had to offer. Next up, Bruges!