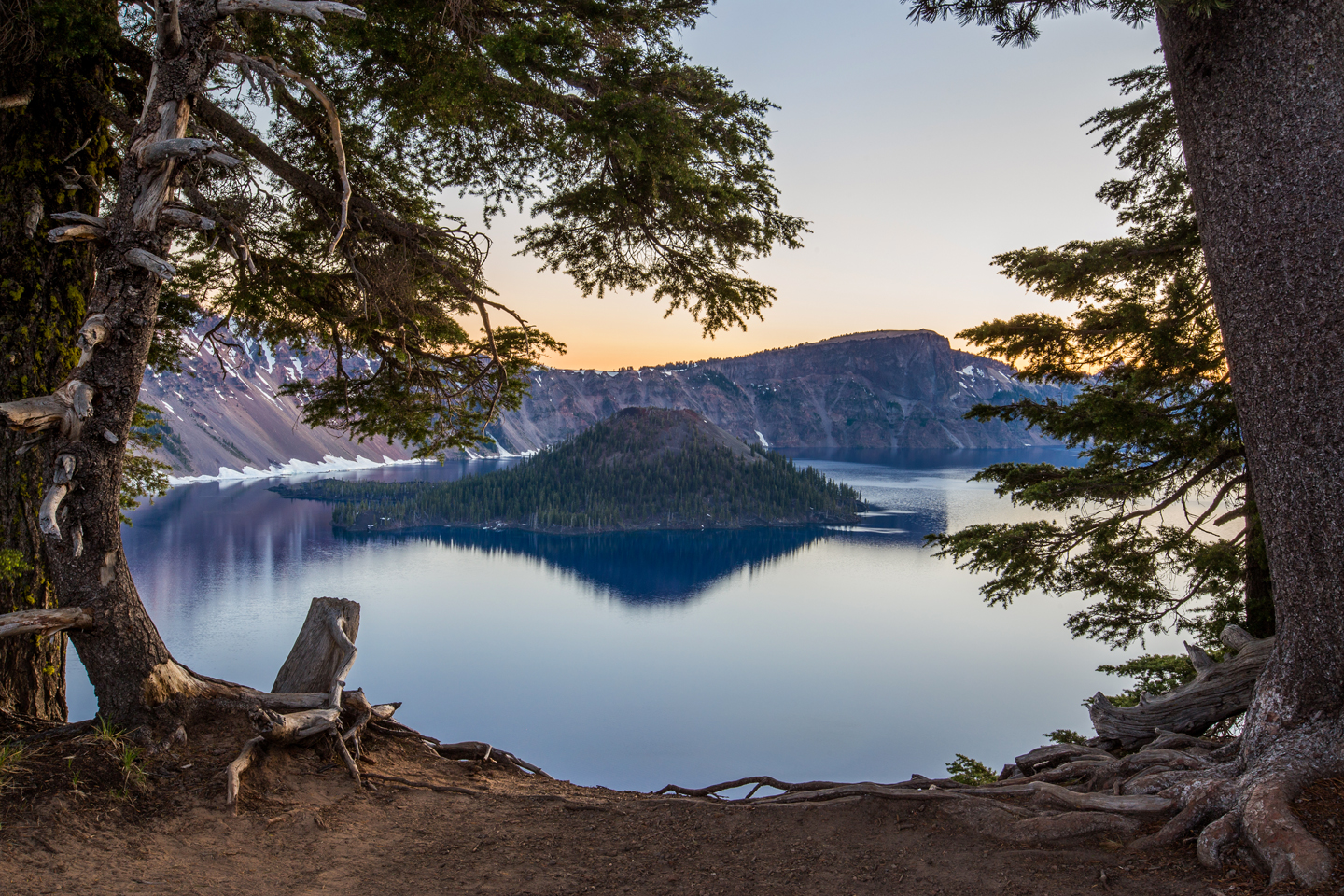 With full time jobs, it’s no secret that we do our best to fill every available weekend with an adventure. This year, with the Fourth of July falling on a Tuesday, we saw another opportunity to get away and explore something new.

In the weeks leading up to the holiday, Julie and I had gone back and forth about whether we wanted to take a long road trip or a shorter excursion closer to home. One of the nice advantages with our recent move to the Bay Area is being just four hours from Yosemite, a place that is near and dear to us. This time however, we felt the urge to visit a new destination and the idea of Crater Lake kept bouncing into our conversations.

After much deliberation and just a few days to plan, we pulled the trigger and decided to head north to Oregon.

How to get to Crater Lake

From the South Bay, Crater Lake National Park is 450 miles and roughly 7 hours, depending on how frequently you stop. I’ll be honest, the first chunk of the drive is pretty boring with not much to see.

You’ll head through the East Bay and the Sacramento area as you make your way north towards Redding, the largest town on the route. Near Redding, the scenery starts to improve a bit, as glimpses of the snowcapped peaks of Lassen Volcanic National Park (a place we plan to visit soon!) come into view.

The 5 freeway becomes infinitely more tolerable once Mt. Shasta comes into the scene in all its splendor. It can be a quite distracting when you’re trying to focus on the road and not the majestic peak in front of you, so this is the point in the drive where we made the wise decision to stop and take it all in while having lunch in the town of Shasta. 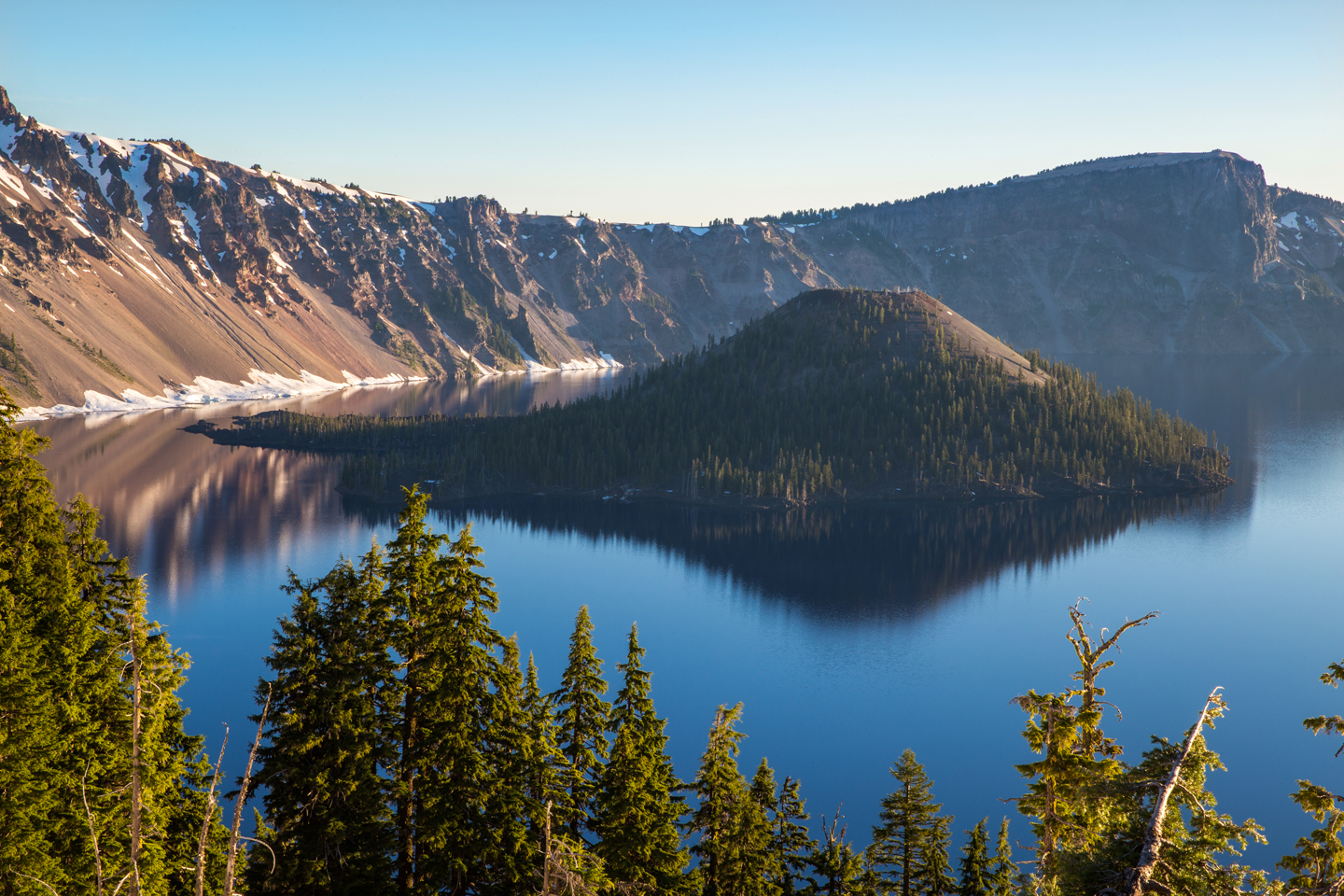 Crater Lake in Summer: What to do

We arrived at Crater Lake National Park in the late afternoon. This was a mistake. While we saw a few cars on our initial drive into the park, the moment we passed the Steel Visitor’s Center, we were immediately stuck in traffic.

From that point, it took us over an hour to go just 3 miles to the top, which as we expected, was packed. The good news is, once you get past all the initial cars looking to park in the first available space, there is a fairly substantial amount of parking as you drive closer to Crater Lake Lodge. The lodge is also one of the few places where cell service is halfway decent and home to significantly less crowded restrooms than the Rim Village Cafe and gift shop.

Though we had initially booked two nights in Medford, a bigger town 80 miles southwest of the park, after all the driving we hoped to secure a Day of Arrival room at the Crater Lake Lodge. When we inquired at the Front Desk, we lucked out and were able to book one of their last remaining rooms. Though not the must luxurious, our small room was above the kitchen, it served our purpose of not having to drive again that day. 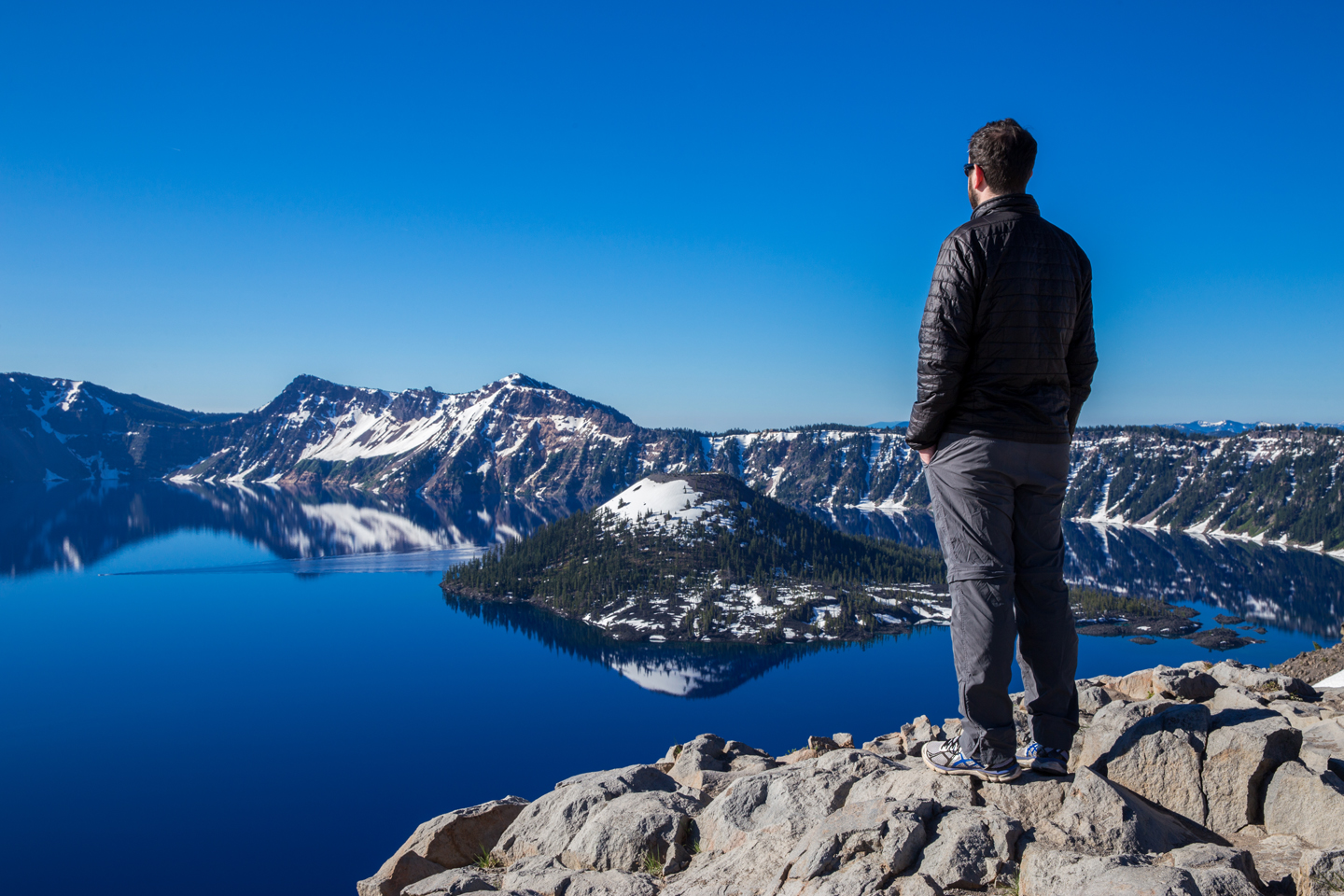 Crater Lake in Summer: Where to eat

For dinner, your only options along the rim are at the lake are the Crater Lake Lodge Dining Room or the cafe at the village. On our visit, the dining room was fully booked and the hosts told us their next available seating was at 9:30 p.m. Alternatively, we could order appetizers, soup, and dessert and sit in the lounge just outside the dining room.

Hungry, we opted for the latter option and ordered flat bread, clam chowder, and a couple of Deschutes beers to toast our long day. Unfortunately, the soup was cold and the flat bread mediocre, but we were so hungry and tired that we ate what we could and called it a day. 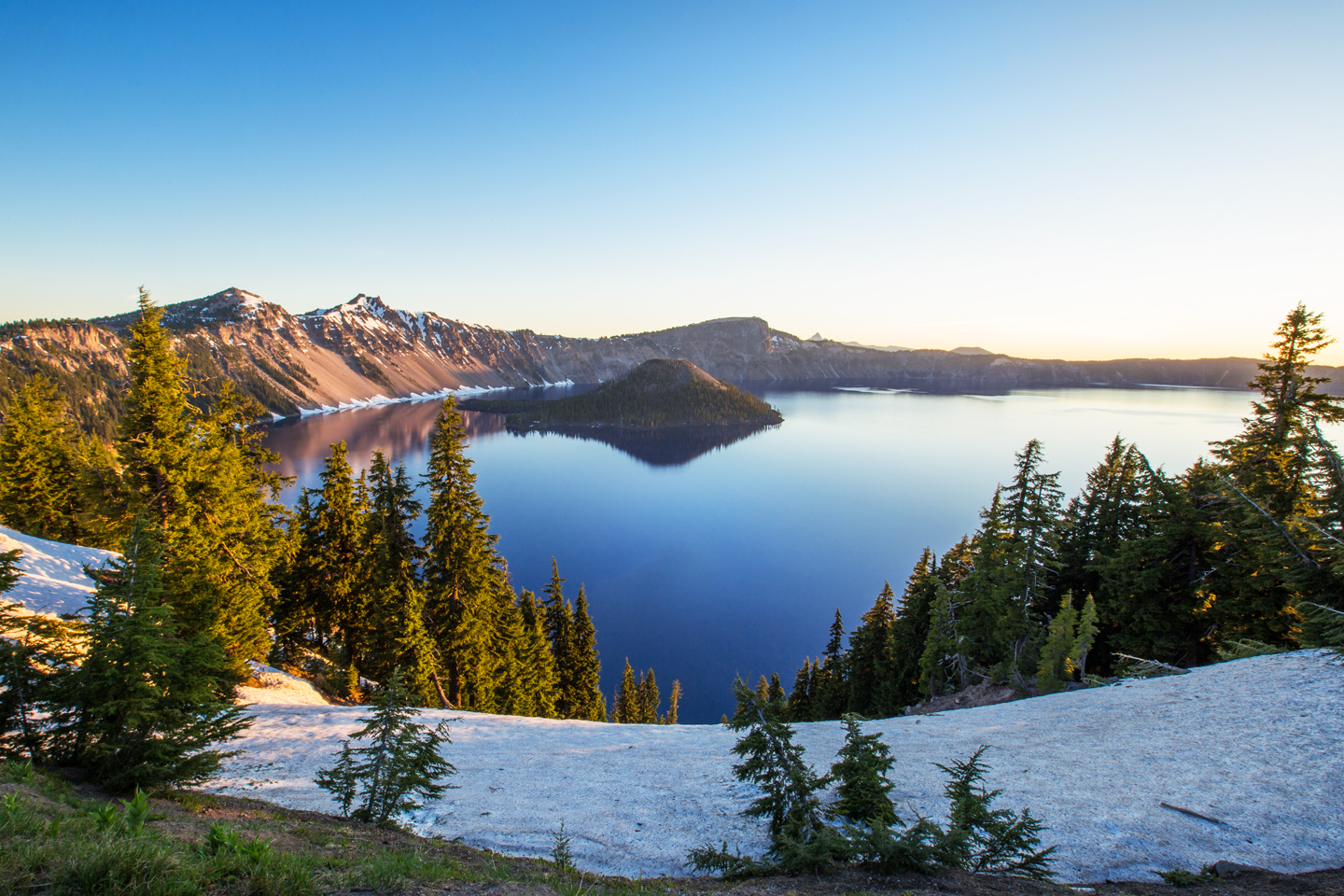 After a less than restful night’s sleep, we awoke early to get a jump on our day and to catch the sunrise. Julie grabbed her gear and we made our way into the crisp, morning in search of the perfect spot to set up.

While we had anticipated a few mosquitoes, what we received was significantly more than we bargained for. Almost the moment we stopped, the mosquitoes began to swarm, particularly Julie who seems to set off bells in their tiny, bug minds. I quickly ran back to grab the bug spray, but it was apparent this was going to be a problem for the rest of our day. While the bugs were terrible, the views were stunning. 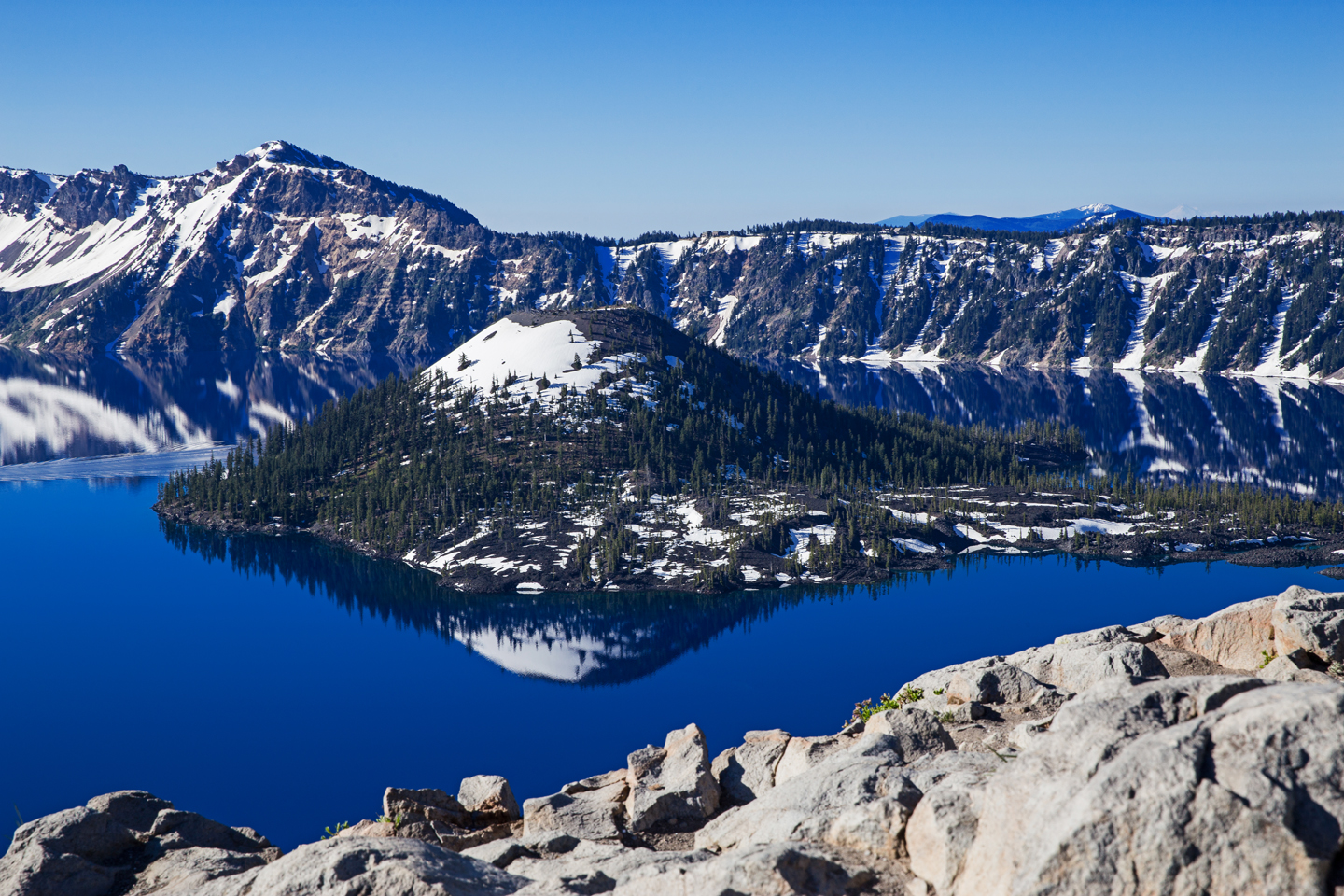 How was Crater Lake Formed: An Explosive History

Crater Lake was formed nearly 7,700 years ago when the volcanic eruption of Mount Mazama caused its caldera to collapse leaving a jagged surrounding to the lake. Rain and snowmelt led to the creation of the lake as there are no rivers flowing to or from Crater Lake, and the lack of pollutants makes the water some of the purest in the world.

At 1,943 feet, it is the deepest lake in the United States and it’s famous blue water along with the aptly name, Wizard Island, on the west end are some of it’s most recognizable features.

We had hoped to visit Wizard Island as there are boat rides that drop you off and allow you time to explore, but the tours were not yet running for the season. 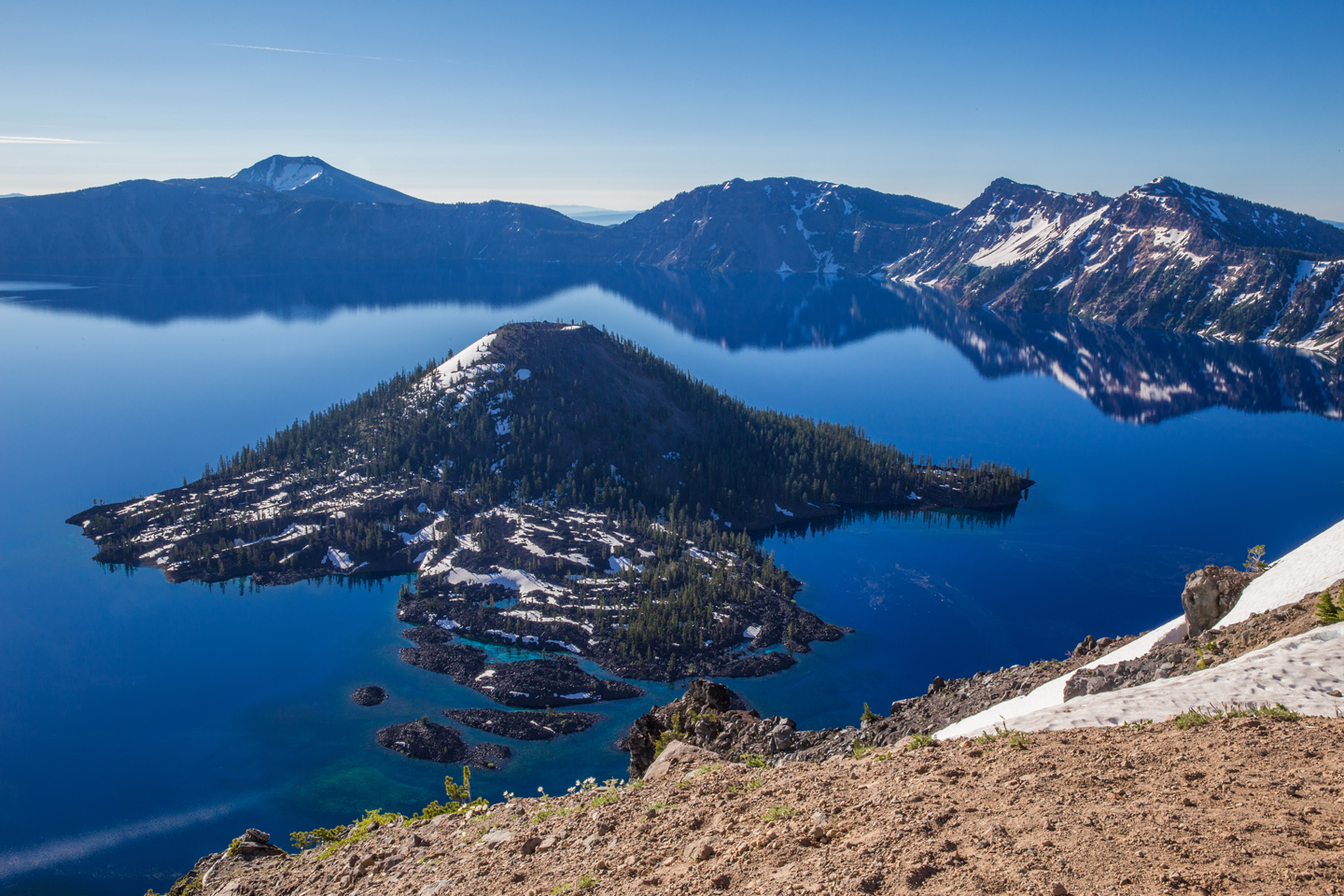 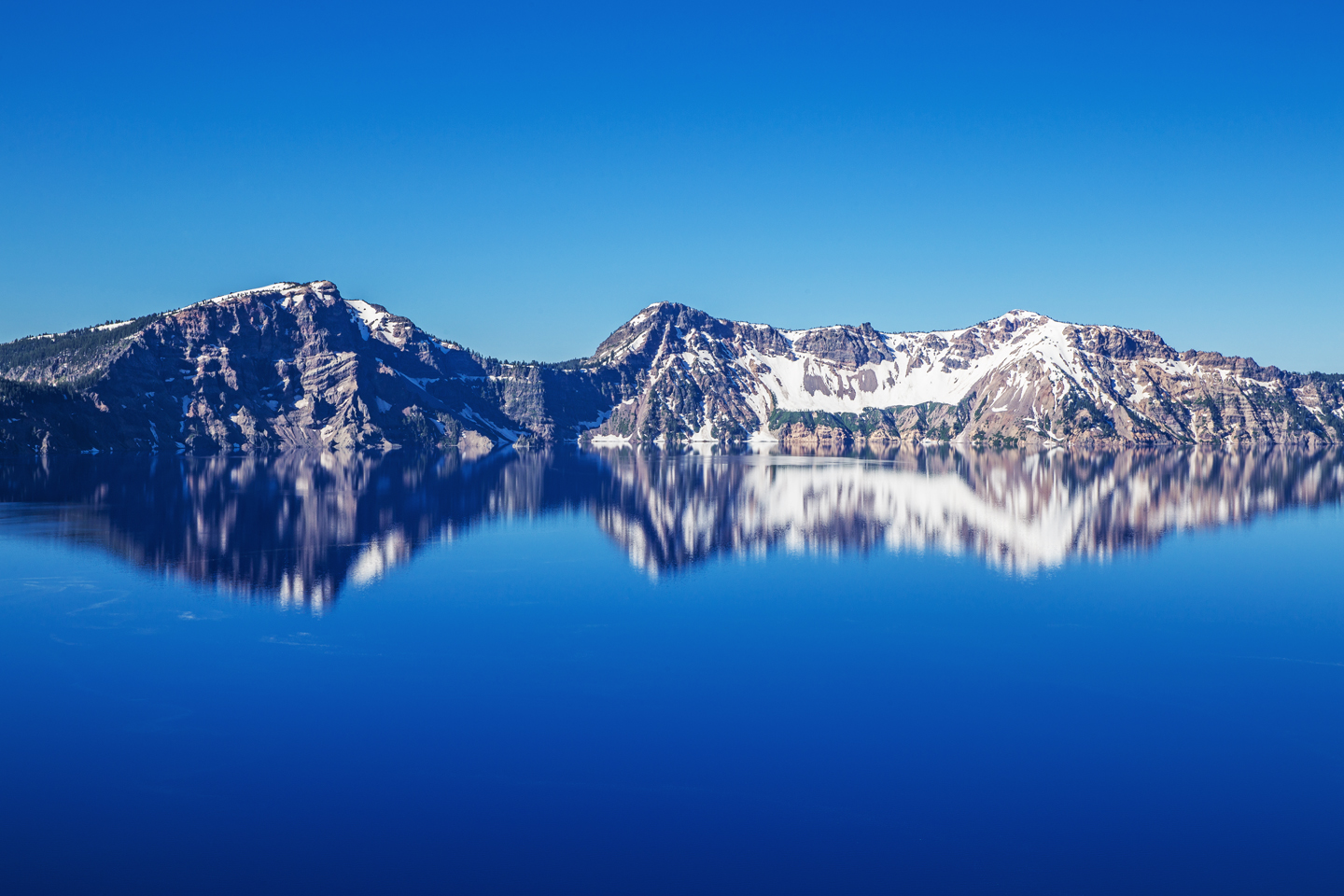 Having had our fill of mosquitoes and eager to beat the crowds, we checked out of our room at the lodge and jumped in the car to drive the rim of the park.

Even in early July, with bright blue sky, there was still plenty of leftover snow which meant we wouldn’t be able to complete the entire drive due to road closures. Undeterred, we began our drive, stopping at Discovery Point, The Watchman, Merriam Point, and Skell Head. At Skell Head, though we secretly hoped we might be able to get through, the remaining drive was closed, so we turned around and headed back to the Rim Village. 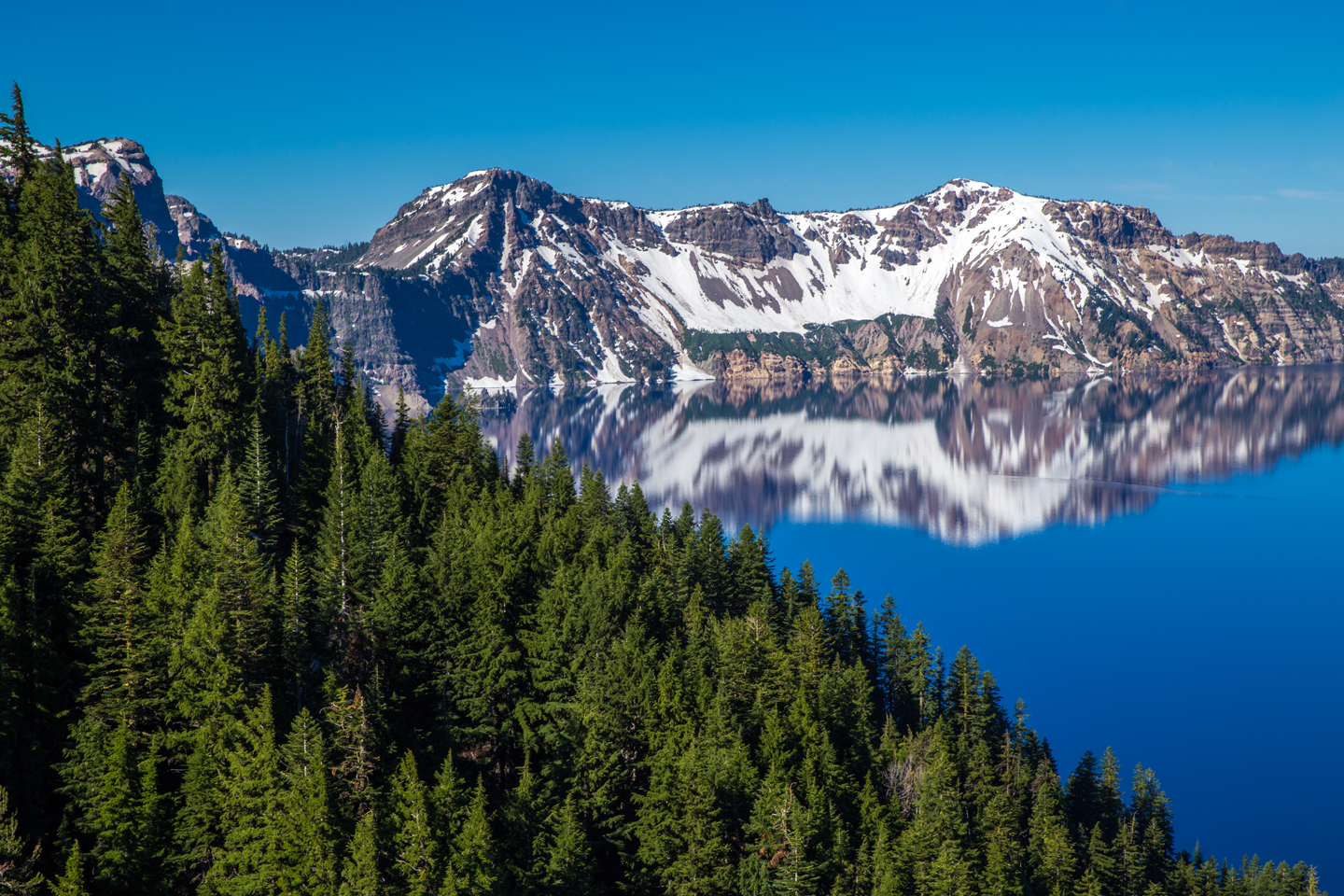 Before leaving the park, we were sure to stop at the Steel Visitor’s Center for our National Park Passport stamp and a t-shirt for my growing collection. We definitely loved visiting Crater Lake but be wary of mosquitoes if you come when the snow is still melting! The next time we visit, we might opt for winter when the crowds are smaller and the bugs are still hibernating.

Things You Need to Know When visiting Crater Lake in Summer:

1. The North Entrance to the park is closed 7 months a year due to snow. Likewise, the full Rim Drive is partially closed until mid-summer. Always check conditions and prepare accordingly before you plan your visit.

2. National Park food is very much hit or miss and Crater Lake is no different. Expect prices to be high, quality to be spotty, and lines to be long. The options are extremely limited, so we recommend you make a reservation in advance if you plan on having dinner at the lodge’s dining room.

3. Crater Lake Lodge has 71 guest rooms with rates beginning at $189. The lodge is open seasonally and note that not all rooms come with a shower and tub so remember to request one!

4. Remember to prepare for mosquitoes by bringing a bug lotion or spray and wearing loose, long clothing.

Have you been to Crater Lake or are you planning a future trip there? We’d love to hear about your experience in the comments!

ARE YOU INTERESTED IN EXPLORING MORE ADVENTURES ON THE WEST COAST? CHECK OUT THESE TRIP IDEAS:

The Best Places to Visit in Big Sur

A Weekend Roadtrip to Redwood National and State Parks 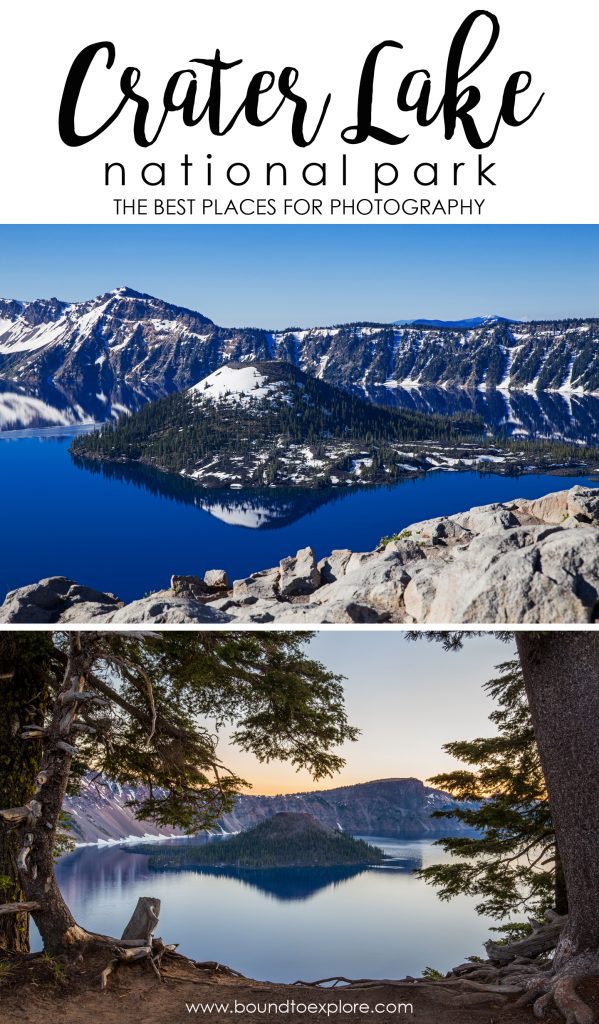