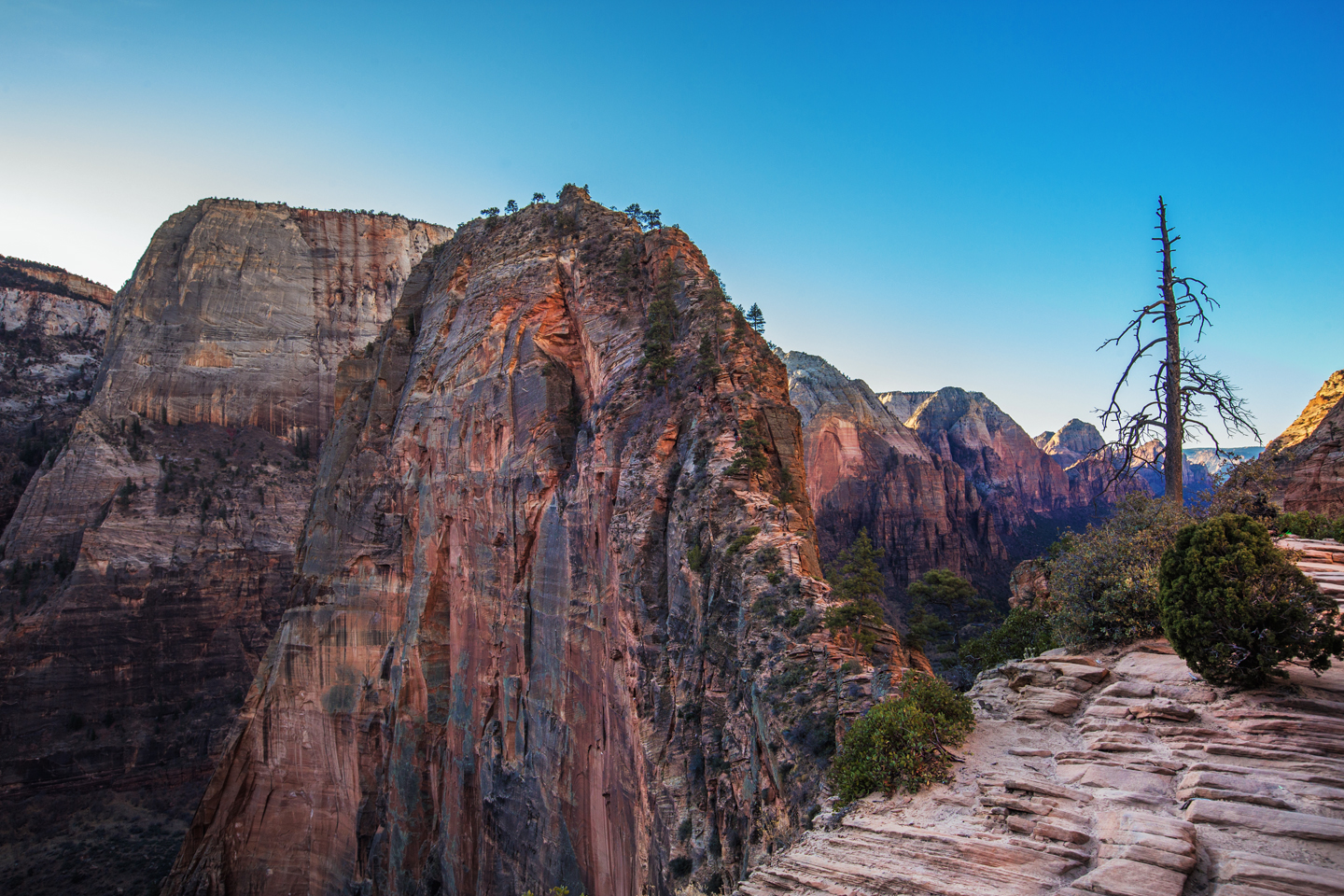 What are you afraid of?

For me, that answer has always been heights. Sure, there are probably some other things that can be thrown in there, but heights is my go-to answer. I remember one visit to the fair when I was younger, and signing up to do a rock climbing wall. Not entirely certain why, I knew I was afraid of heights, but I was young and it looked fun. Two steps off the ground, I remember turning around and realizing I wanted to be back on the ground.

As the years have gone by, I have gotten progressively better with my fear; taking small steps along the way. Snowboarding was one of the gateways that helped me overcome my fear. When I was in my late teens, I tried going with friends, but found myself in a similar situation to the rock climbing incident. Trying again in my mid-twenties, I kept my eyes focused above and across the mountain, while avoiding looking down, and it helped.

From that point forward, I have steadily gotten better at heights by imploring the same strategy of keeping my head up. While I have certainly improved a great deal over the years, you still won’t find me looking over the edge of a cliff, or for that matter, getting all that close. Narrow ledges are the most difficult, but as long as there is some room to move around, I feel pretty good. Hiking has always been relatively worry free, despite making it to the top of some tall mountains, I have always felt comfortable.

When we decided to hike Angel’s Landing at the end of 2017, I didn’t give the hike a second thought. Naturally, I had heard that the hike was steep and narrow in spots, but wasn’t all that concerned. Imagine my surprise then, standing less than a mile from the top and seriously considering giving up and heading back down.

Planning a Hike to Angel’s Landing 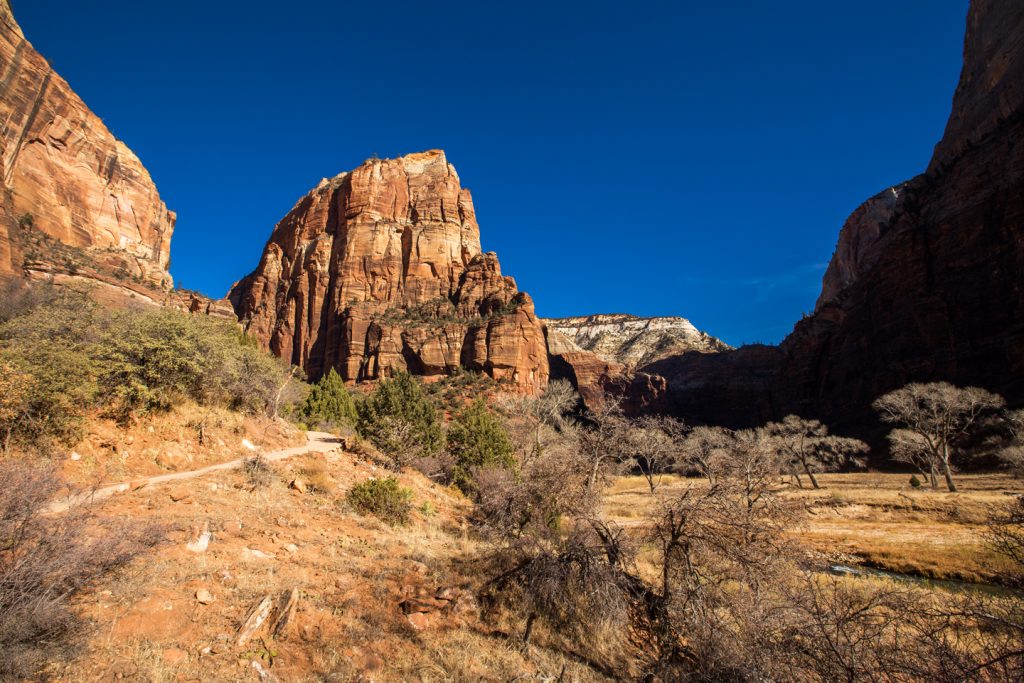 Angel’s Landing is one of the most popular hikes in Zion National Park, and as such can be very crowded. Hiking it doesn’t require a permit (currently), and the round trip distance is a relatively short 5.4 miles. As with the majority of  day hikes, getting an early start is the biggest key for success. While neither Julie or I are particularly “morning people,” we understand the value of beating the crowds and the benefits of a less populated trail.

On Saturday morning, our last day in Zion, we checked out of our hotel, packed the car, and headed straight for the trailhead. For a shorter hike such as this one, we kept our packs light with water, energy chews, and protein bars. On a longer day hike, we always bring sandwiches to enjoy at the top or halfway point, but on this day we planned to eat once we returned to the car. Despite the early start time, the small parking lot for the Grotto trailhead was already full, so we parked with other cars along the roadside. 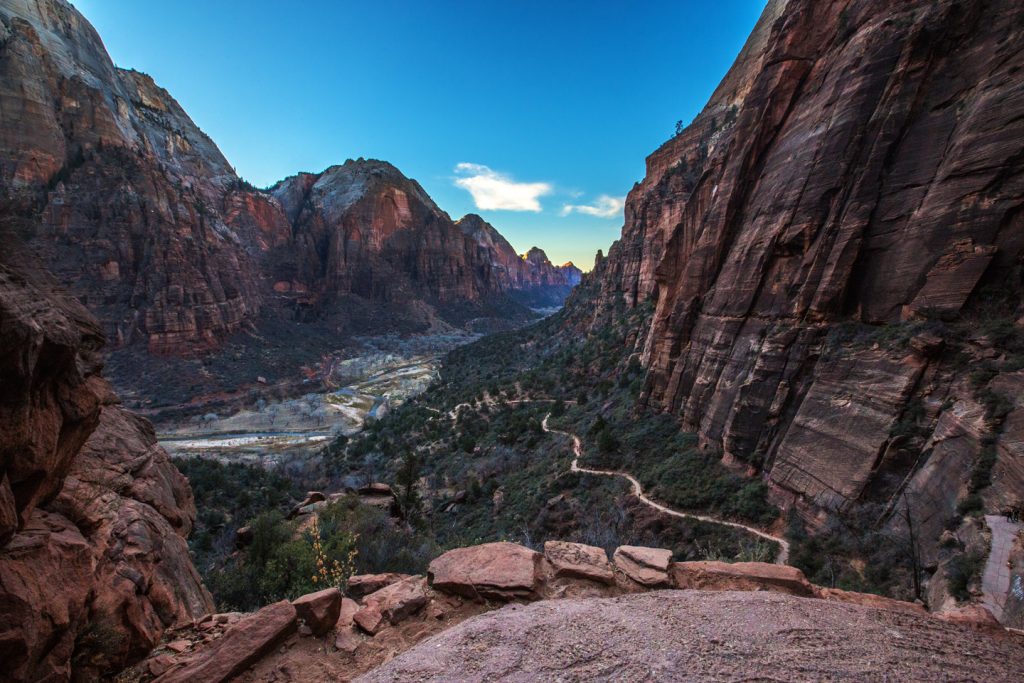 After grabbing our gear, we crossed the street and began our ascent to Angel’s Landing. The first part of the trail is entirely paved, you are essentially walking on a winding sidewalk, and it  gradually climbs along the red rocks of the canyon walls. This part of the hike was entirely exposed to the sun, and while it was cold when we started, we quickly warmed up. 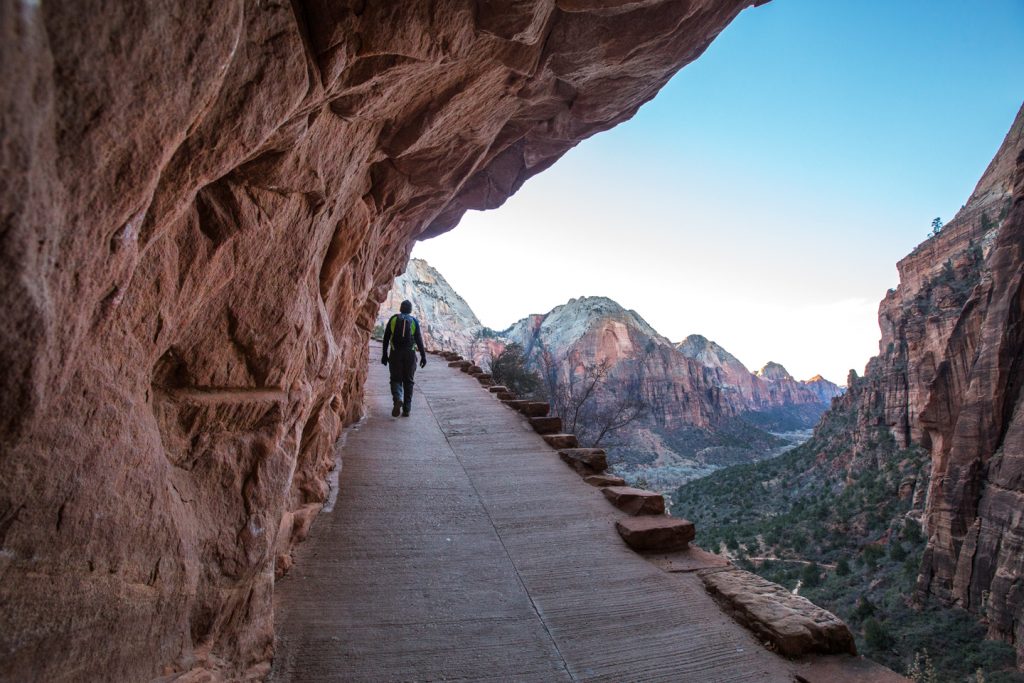 A sense of relief comes when we reached Refrigerator Canyon, a cool section of the trail where the sun is blocked out. I can imagine on hot summer days, this is the best part of the hike before reaching the top. Our time in Refrigerator Canyon was short lived though, and we next arrived at Walter’s Wiggles. This set of 21 switchbacks are short, sweet, and definitely got our temperatures back up again after the momentary relief. 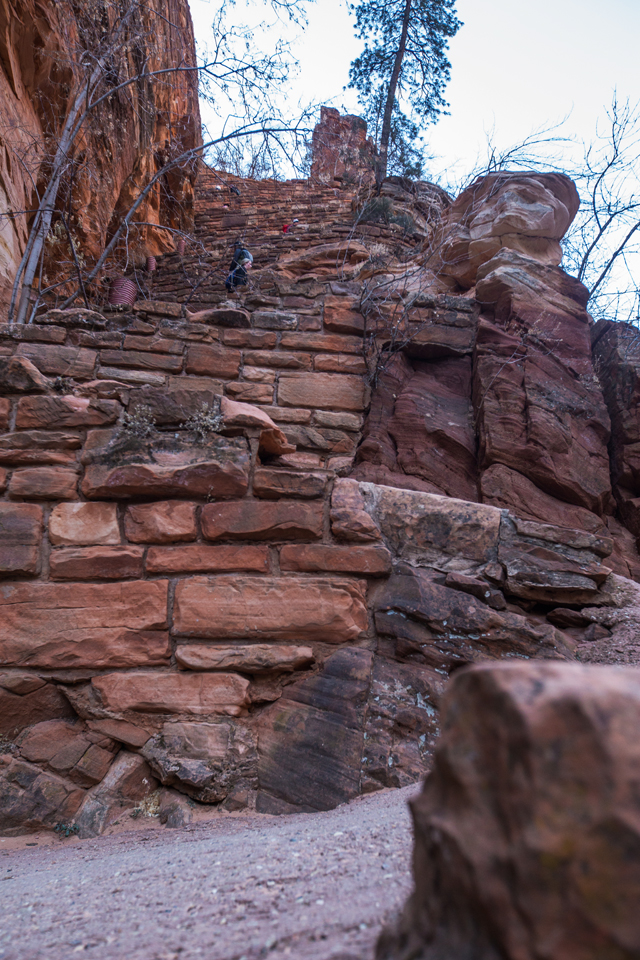 After climbing the switchbacks, we reached Scout’s Lookout, a stopping point for those who prefer not to make the harrowing final climb. From here, a small side trail lead up to a closed bathroom and another viewpoint. It should also be noted that this is where the park has decided to place the cautionary sign of what lies ahead; reminding you that six people have died on this hike over the years. We paused here from a moment before continuing on and starting our climb up to the summit. 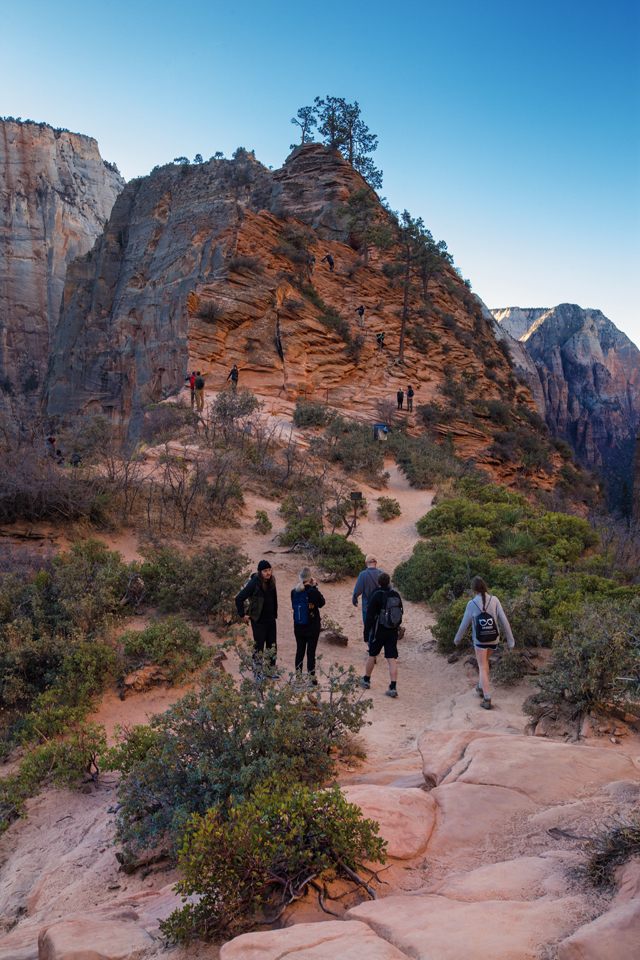 The first part of the climb we came to was a bit tricky in sections, as we maneuvered around the rocks, doing our best to avoid the slippery areas. When we reached the top, I looked up and realized we we still had more climbing to do, and hadn’t even begun the most difficult part. “Ah, shit” I believe are the words I uttered as I gazed ahead. Another hiker looked at me and said, “That’s been the exact reaction of everyone who has reached this point so far.” This was the part of the hike where I started to second guess the decision to complete Angel’s Landing. Julie and I chatted a bit with this hiker, who had decided to stay behind while his friends continued on. Other hikers made their way up, made similar exclamations, but most continued their trek to the top. I spent perhaps a good ten minutes wavering back and forth on the decision. Pressed with my fear of heights, but determined not to give up after we had already gone so far, I put my head down and started moving forward. 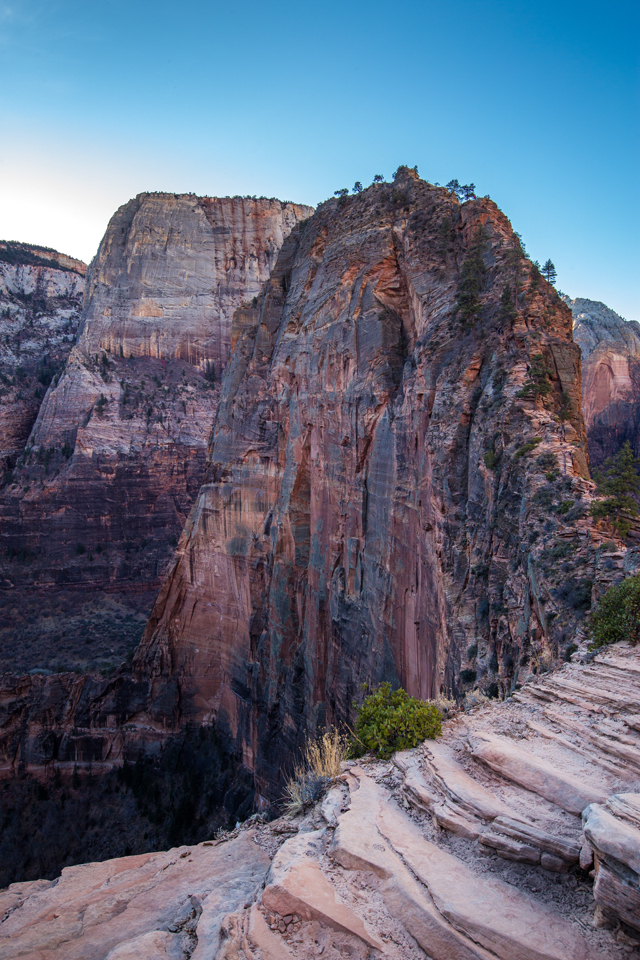 We spent all of this time climbing up, but the next steps we took were down as began walking along the spine of the mountain. The next part of the trail included more scrambling and strength than I think either Julie or I had anticipated. There were moments where sheer drop-offs were evident on all sides of us, but I tried not to think about them as we climbed the chains. As I had found with snowboarding, the key to not being afraid was keeping my eyes focused on things that were not 5,000 feet below. I looked straight ahead, paying attention to the rocks, the chains there to provide assistance, and the subsequent steps. If we saw another group of hikers making their way back down, we found a good place to stop and let them pass. This is definitely not a trail where you want to be trying to pass others simultaneously. 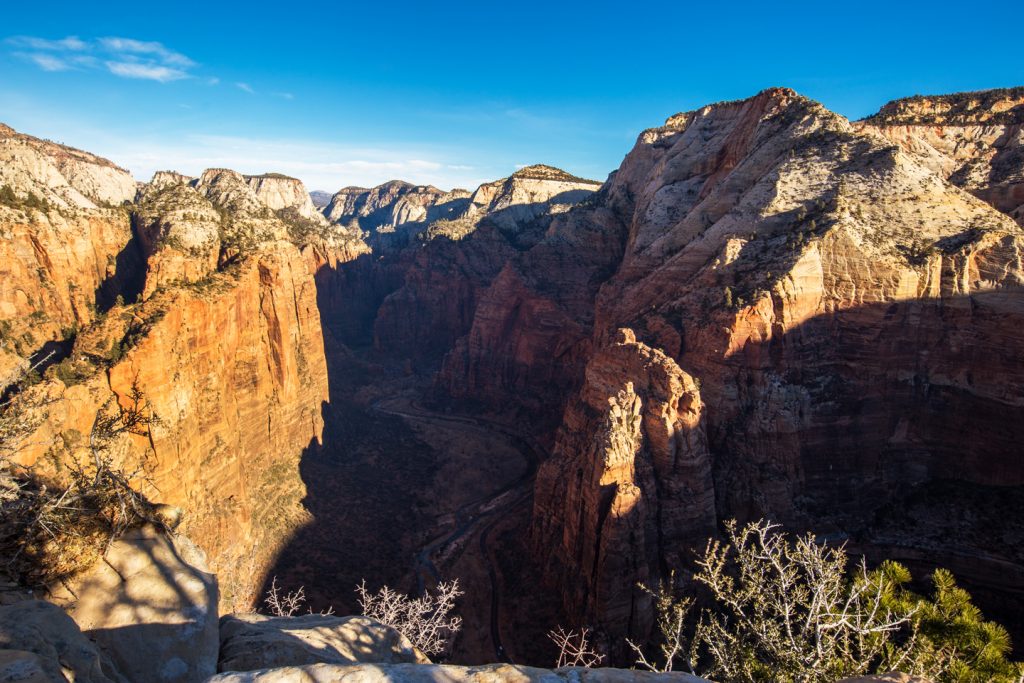 Finally we reached the top of Angel’s Landing, and the 360-degree views across Zion were pretty incredible. I was pleasantly surprised at how flat portions of the top were, so it wasn’t as nerve-wracking to pass other hikers. Still, there were plenty of ledges that we stayed far enough back from, while some more adventurous hikers tested their limits. We enjoyed a small snack, a victory celebration for accomplishing our goal, Julie took some photos, and then we started our descent. As is the case with all hikes, making it to the top or turnaround point is just half the battle; you still have to make it back to your car. 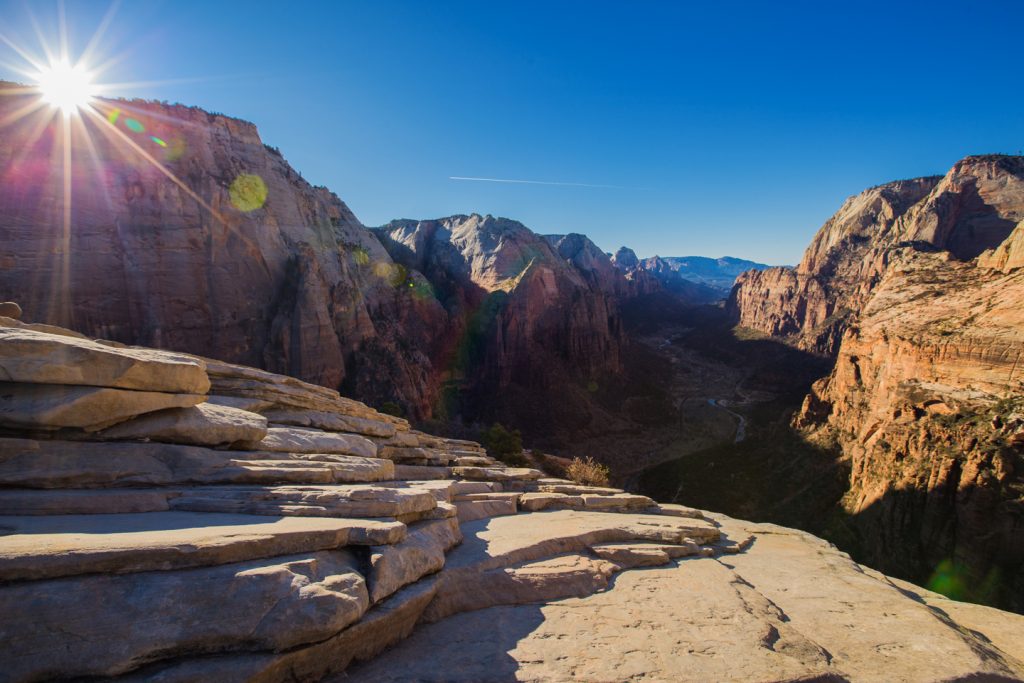 Coming back down the trail was a bit slow going in stretches as the late morning had seen a greater influx of hikers. We took it slow and kept close to the chains so our center of gravity would be low. At one point, we stopped to let a larger group heading up pass, but were frustrated when they started having a mini photo shoot as we sat waiting. Before long, we had reached Scout’s Landing once again, but now there were about three times as many hikers as when we initially arrived. Julie and I both exclaimed there, and a few times along the way back down, that we were thankful for getting an early start. 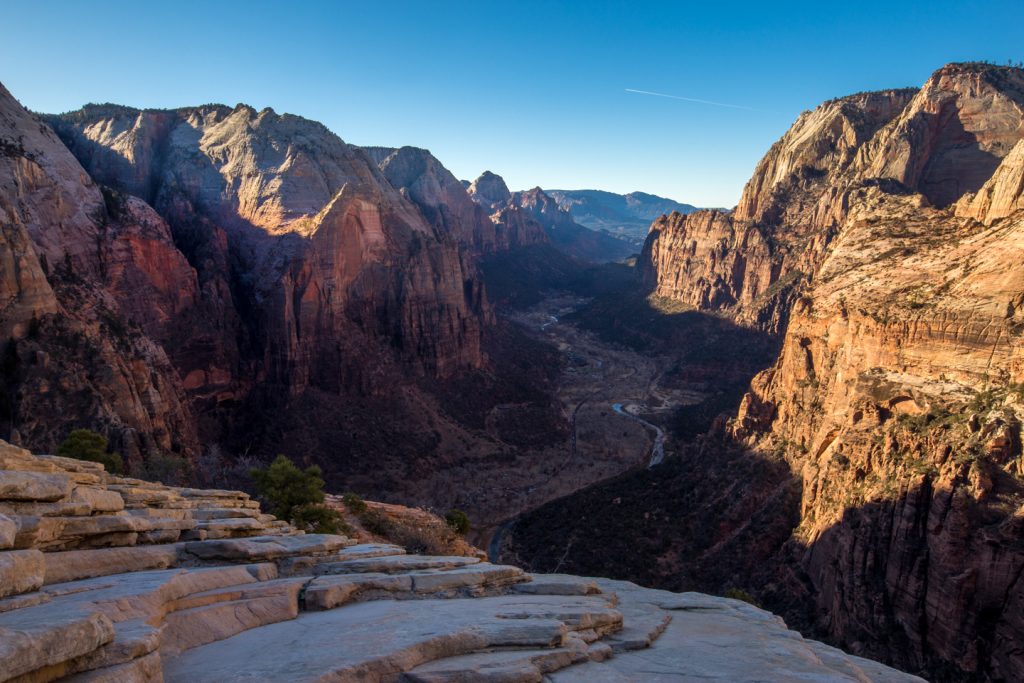 Back at the car, the streets were now lined with cars on either side, further proof that we had made the right decision. Looking back up at where we had just come down from, we had a great sense of accomplishment rush over us. Angel’s Landing had provided us with stunning views of Zion, we had checked off another big hike on our bucket list, and I had beaten back my fear of heights once again. It was a good day!

Have you hiked Angel’s Landing? Do you have any fears you were able to overcome? Let us know in the comments!

MORE ADVENTURES FROM THE SOUTHWEST

Shop our favorite Gear for this hike: 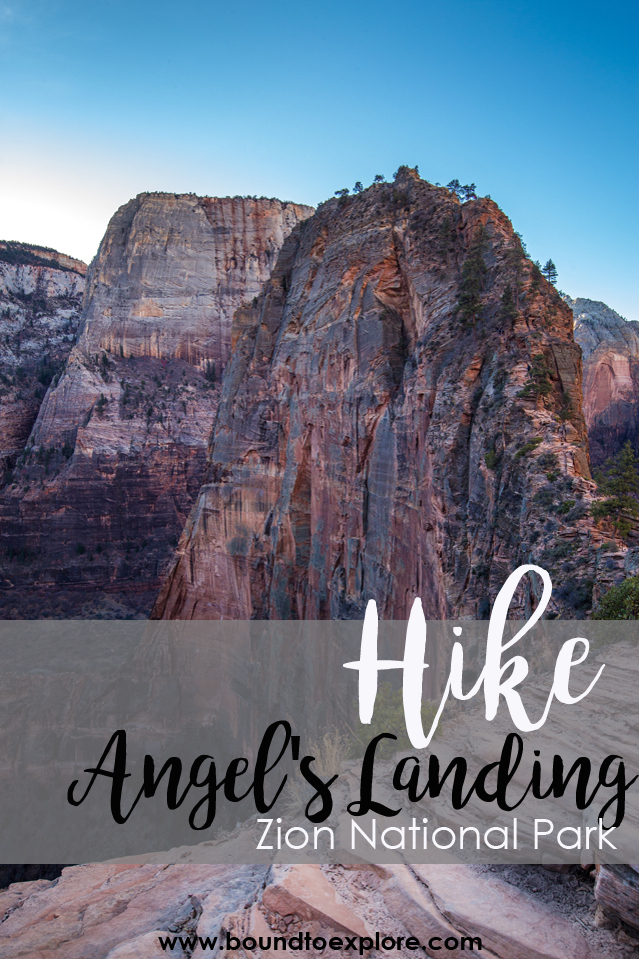 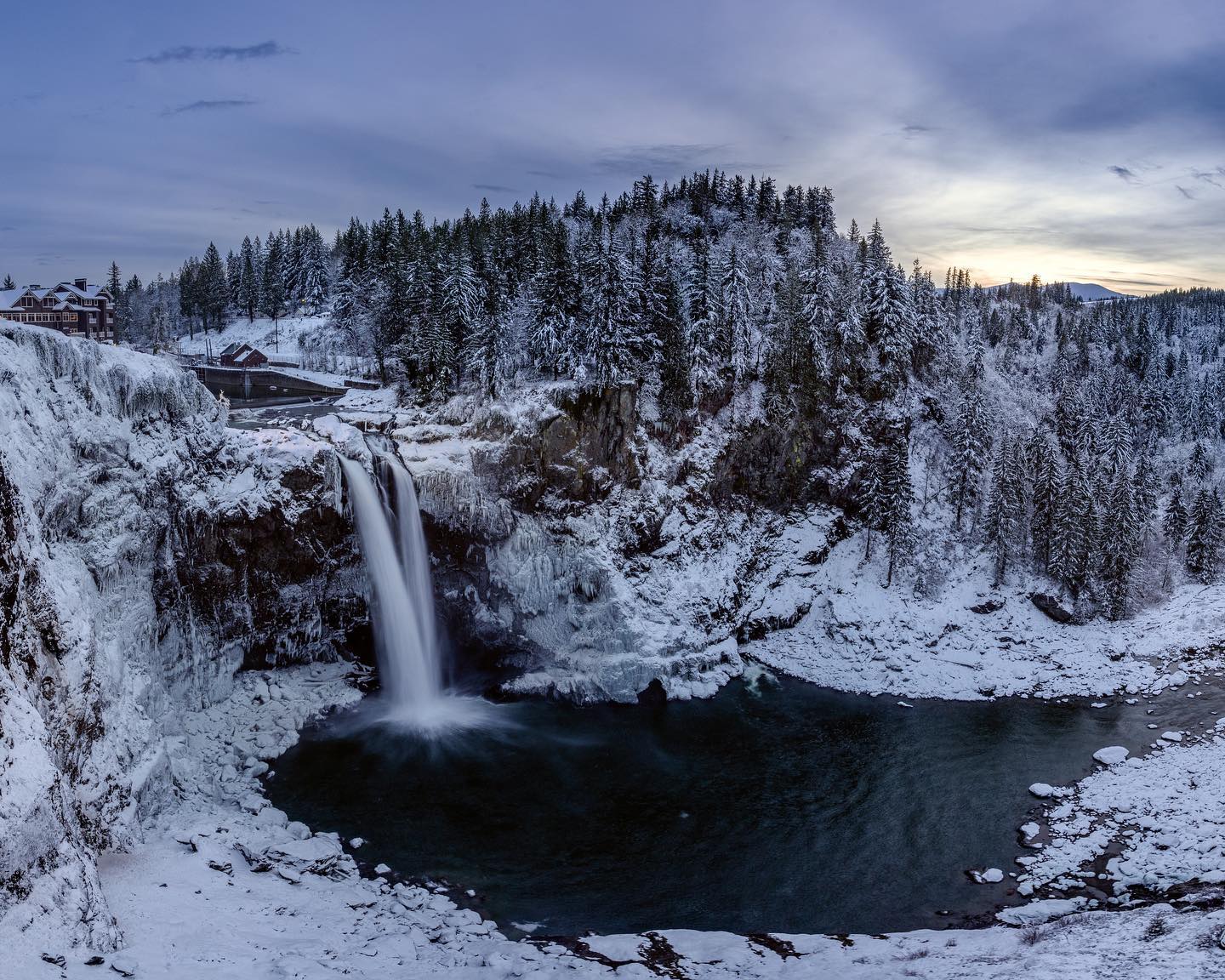 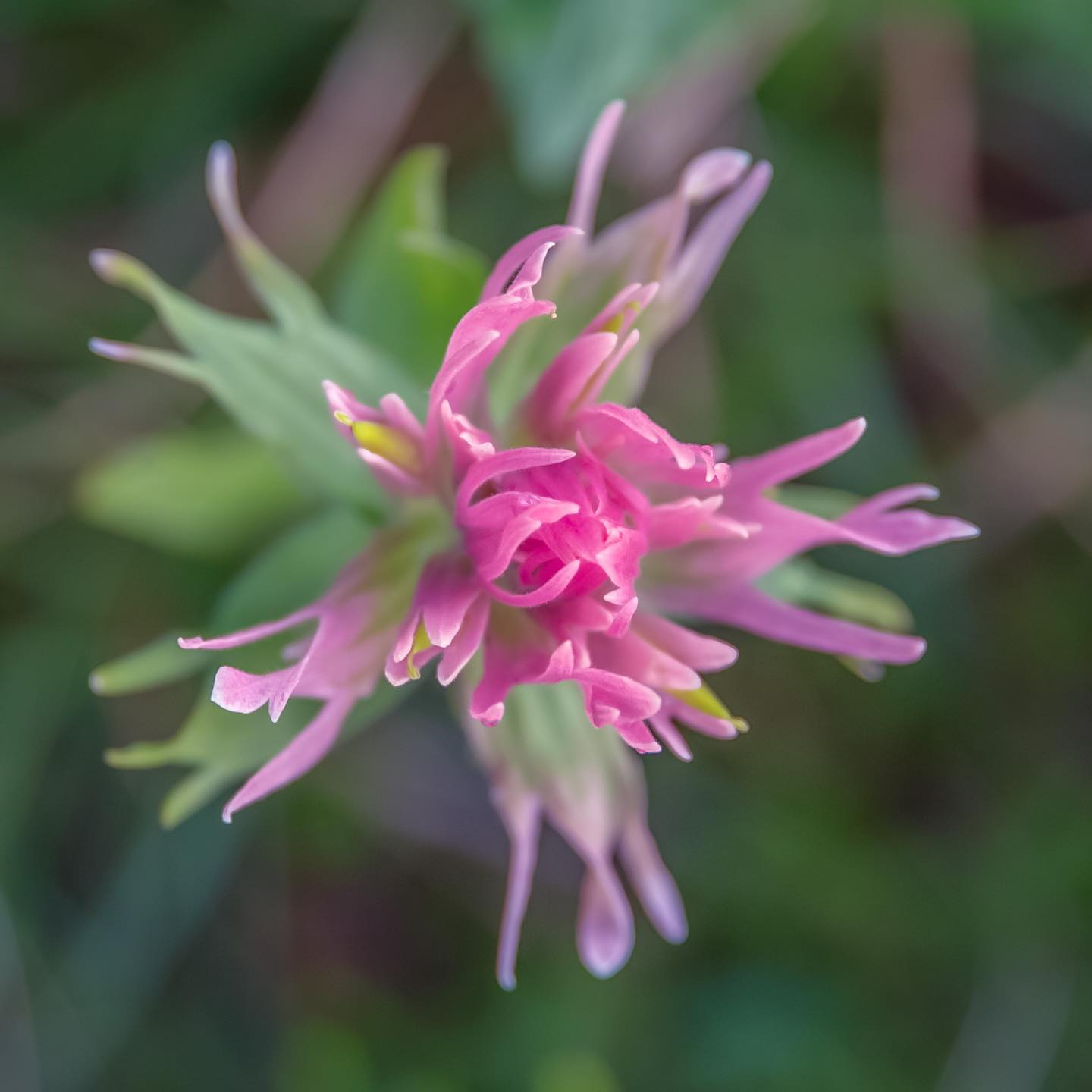 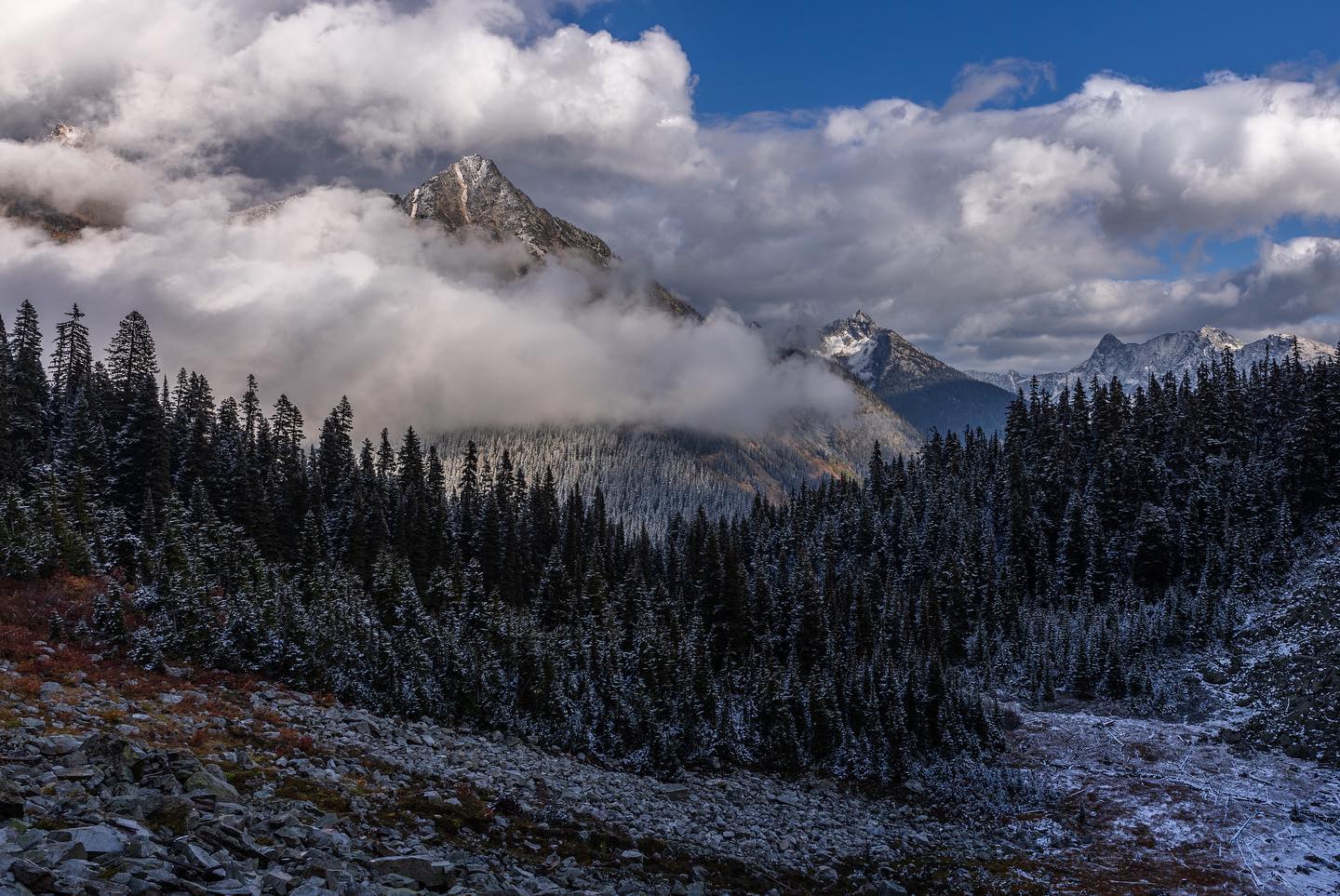 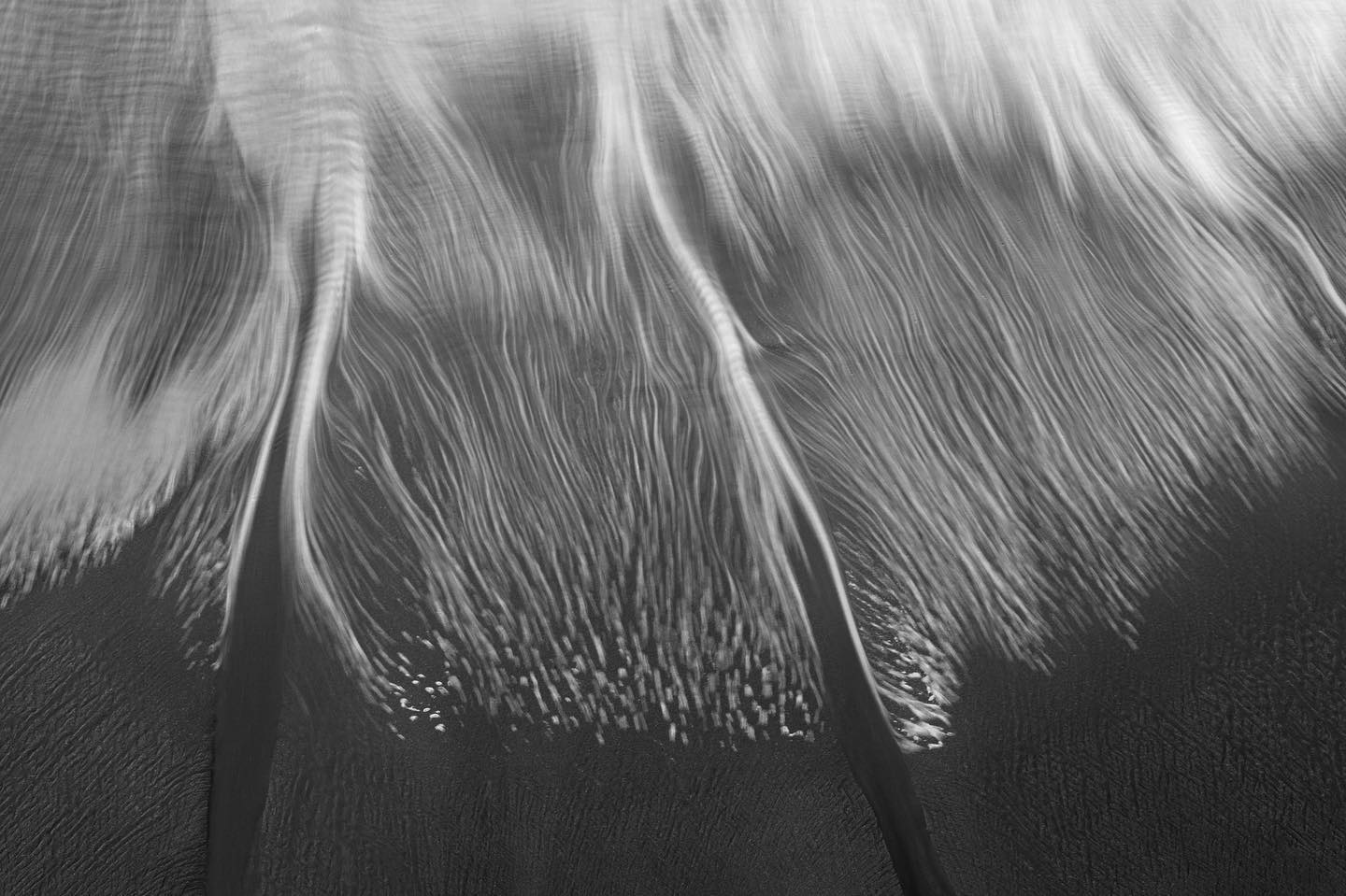 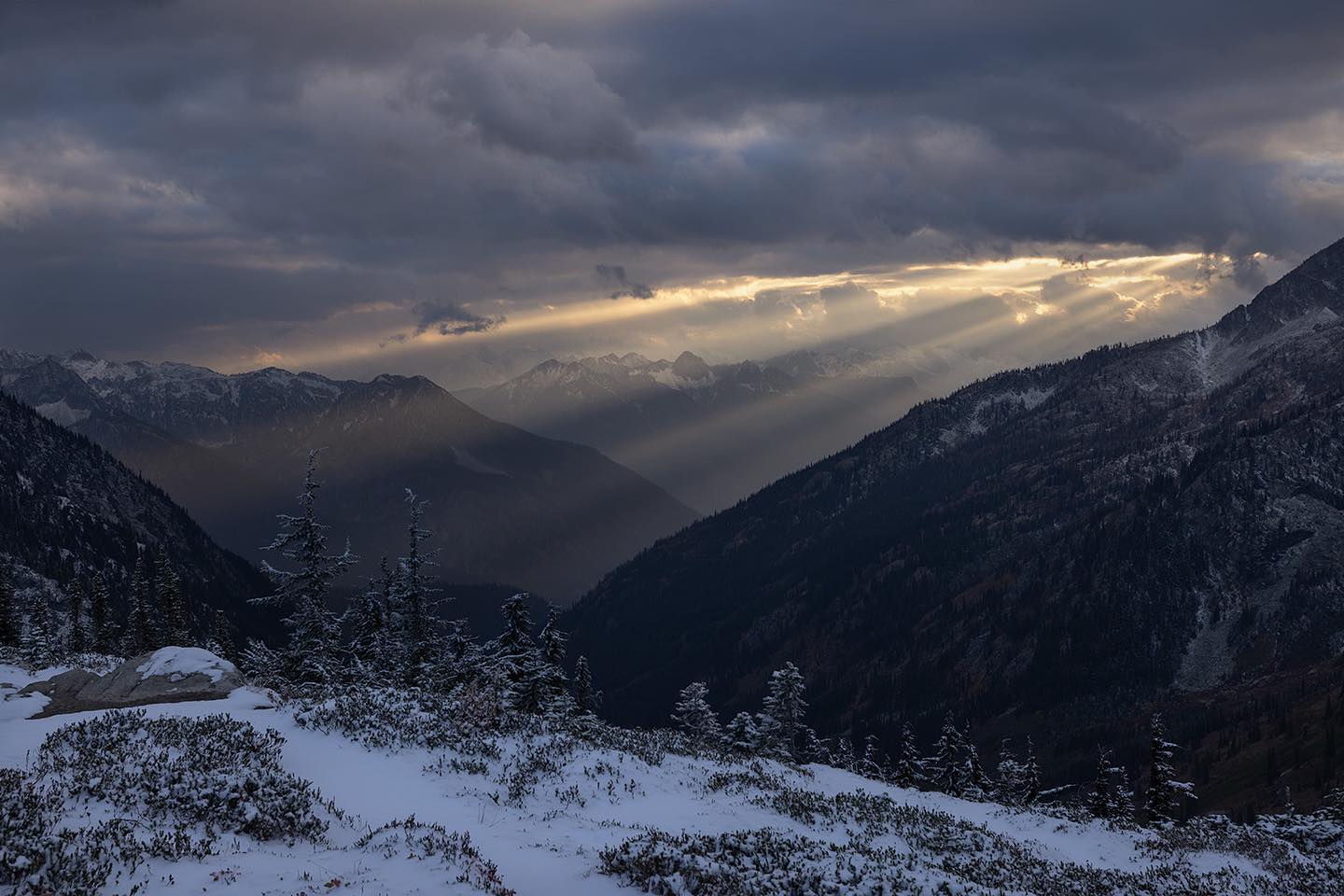 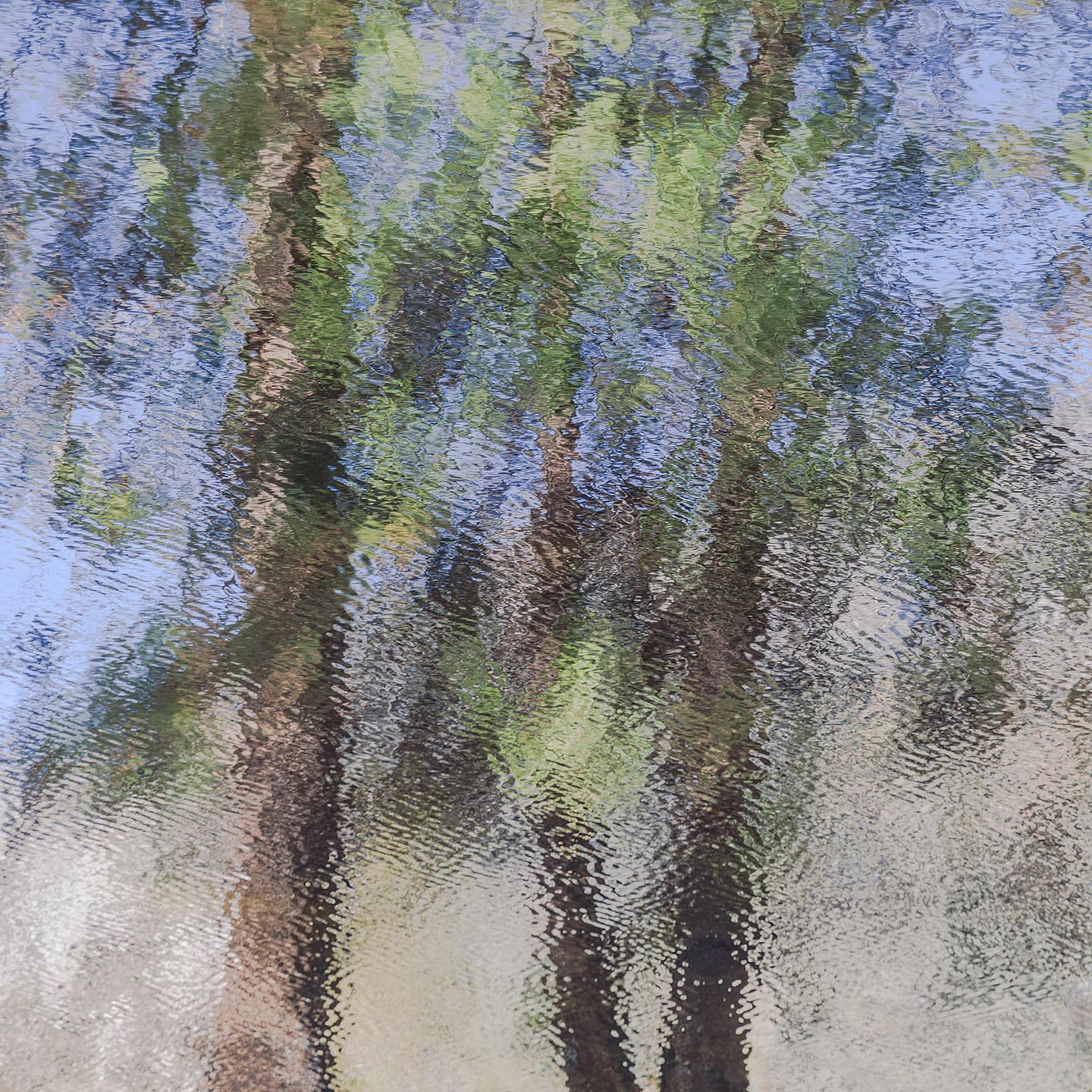 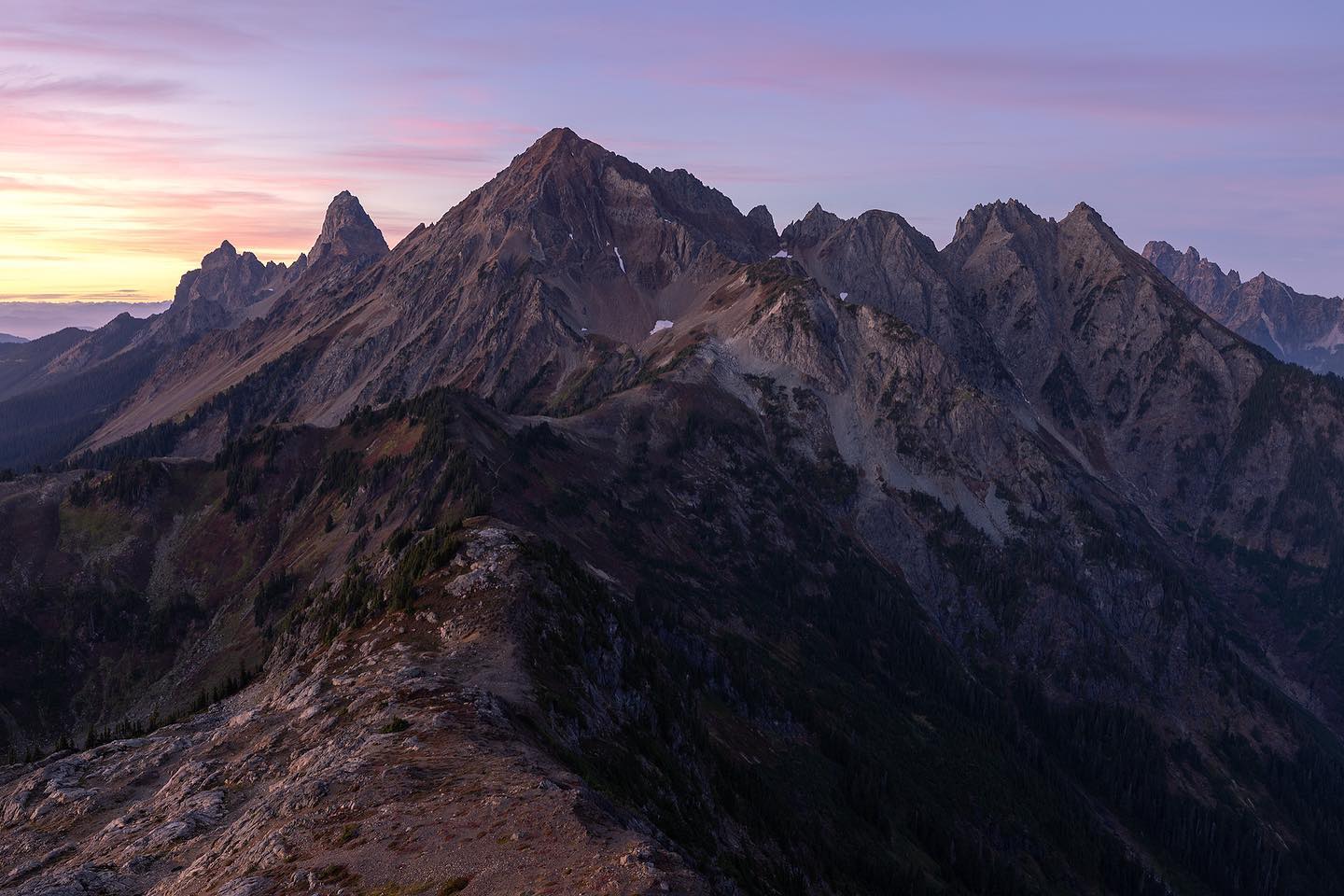 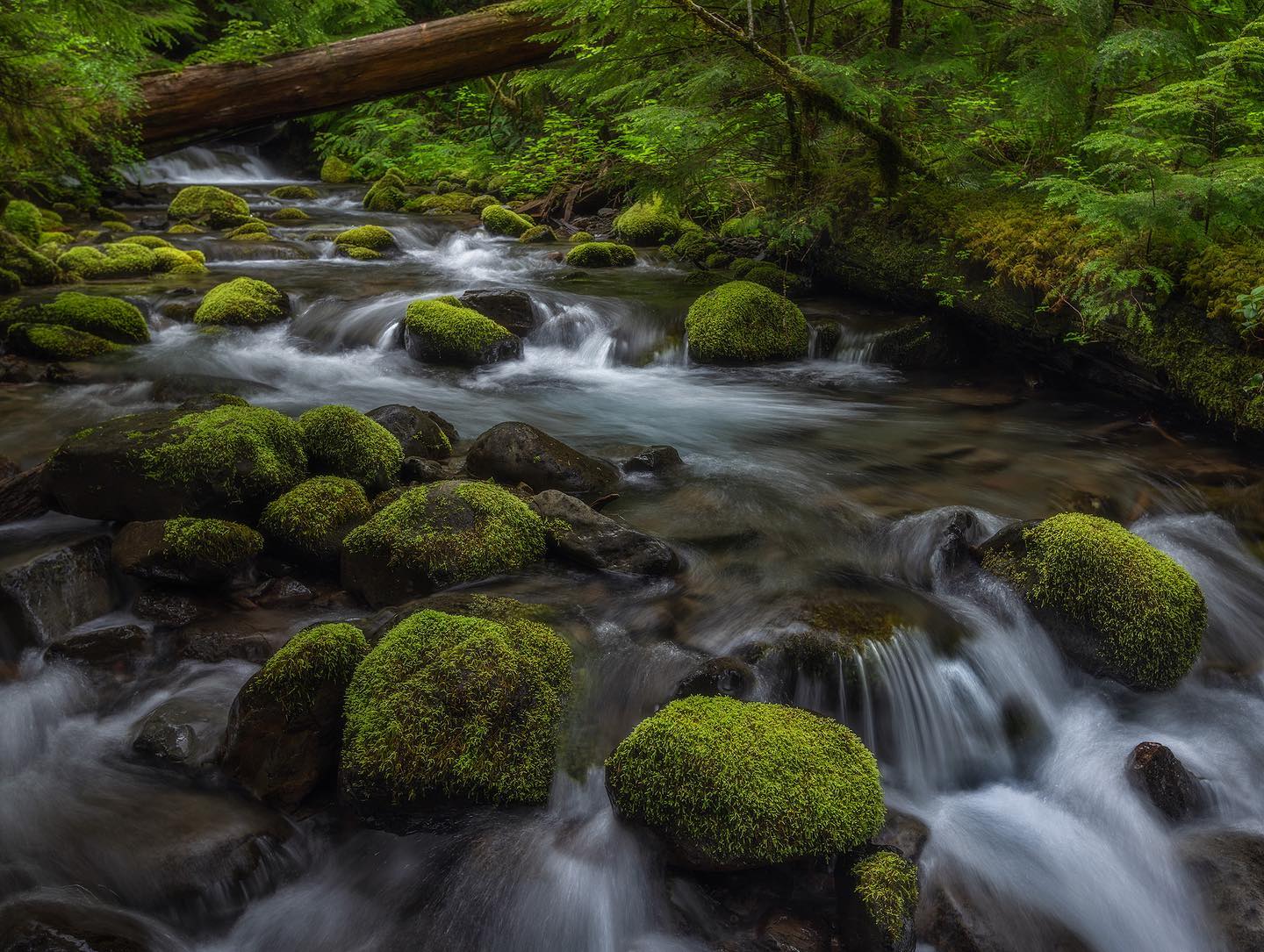 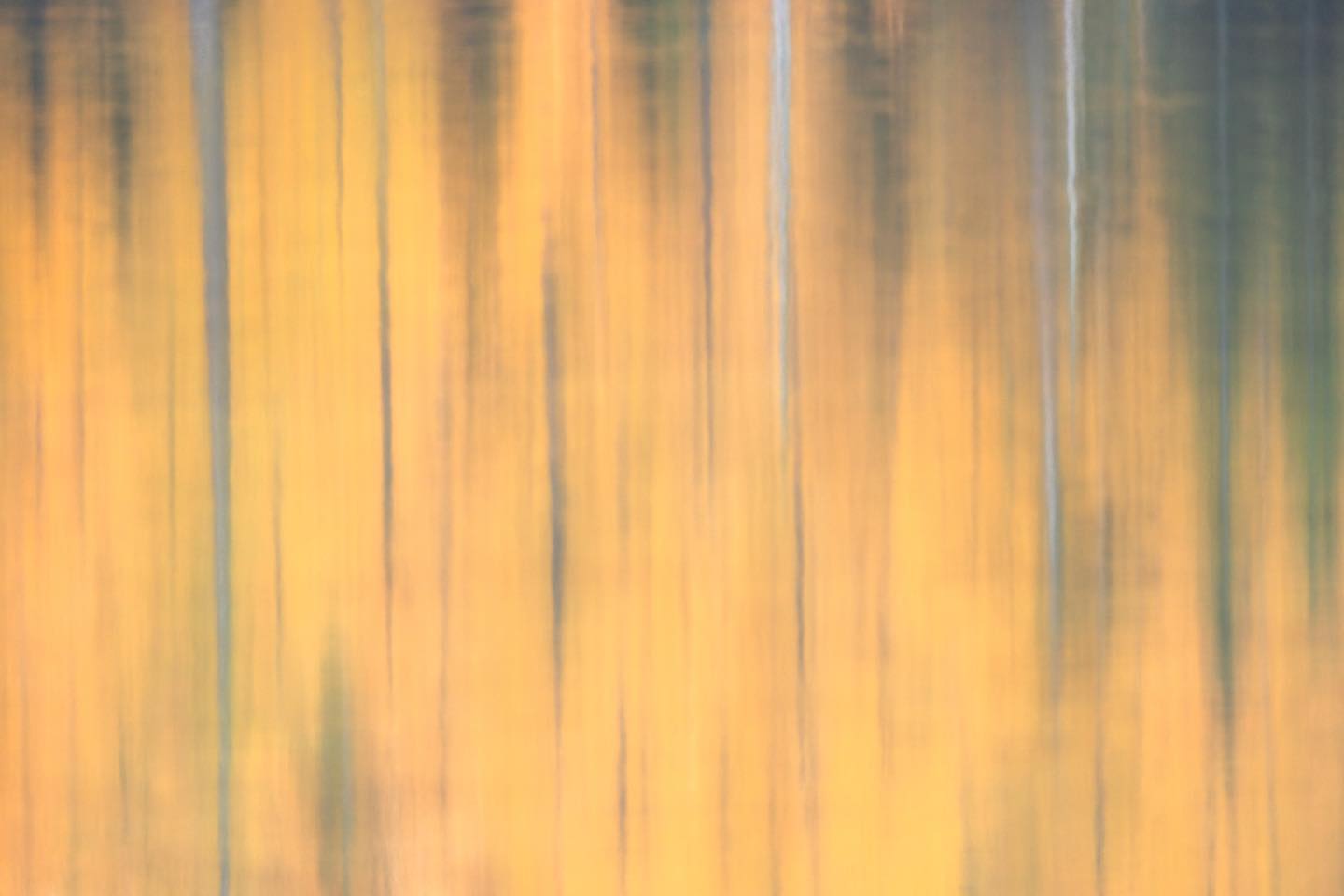